Bed, Bath, and… Beranda? Anyway, n00d pix of my girlfriend.

OK, so I’ve been typing like 10 hours a day for the last several days. And today being no exception, let’s let some pictures do most of the talking. 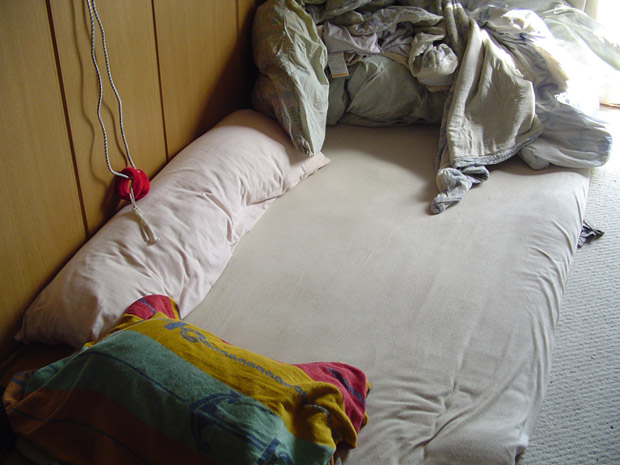 Sleeping on the floor is OK. Notice the grime. According to my landlord, Jappos take these mats out and clamp them on a fence and beat them with a tennis racket to remove dirt or something, but yeah right, I’m not some fucking Indian.

Also pictured is my long-time lover, although the title is misleading, as she is partially clothed. 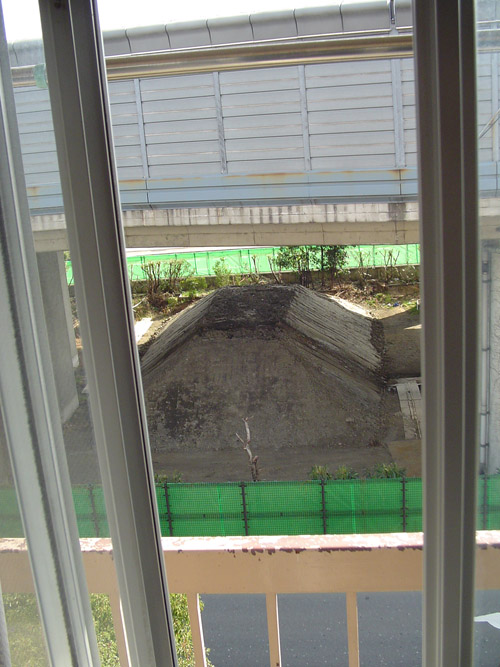 You thought I was joking in my first article. But behold the horror outside my window. A huge highway, under which is constant construction work of some kind of ramps for youngsters to slack around on, and on either side of which is the service road thereof. So instead of being woken up by the sun or the singing of birds, I get Japanese truckers idling at the red light in their unexpectedly loud little-big-rigs at 30-minute intervals and gangs of idiots who have this confused idea that making your motorbike’s engine really, really loud and then revving it all the time is some kind of meritous activity.

Toilet paper for spatial reference. Fuck my arms, I can’t even stretch my elbows in this shit-coffin.

Notice how low to the ground it is. This is to facilitate urination into the sink, which saves water, which in turn saves the whales, who will in turn save the world in the Great Oceo-Cataclysm of 2096.

But I’ll be long dead by then, and it’s pretty sick, huh? 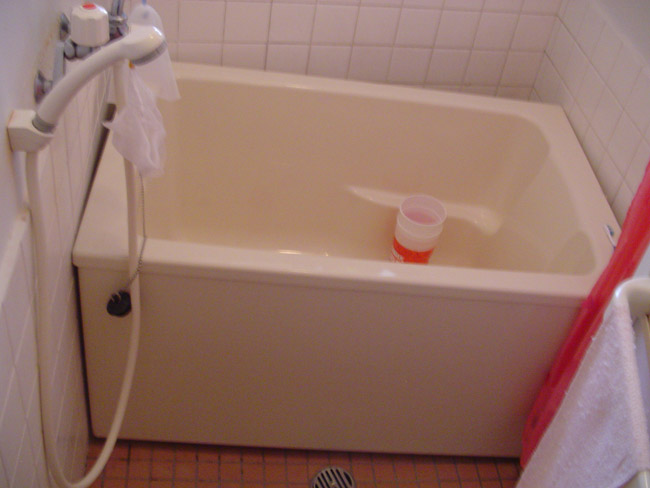 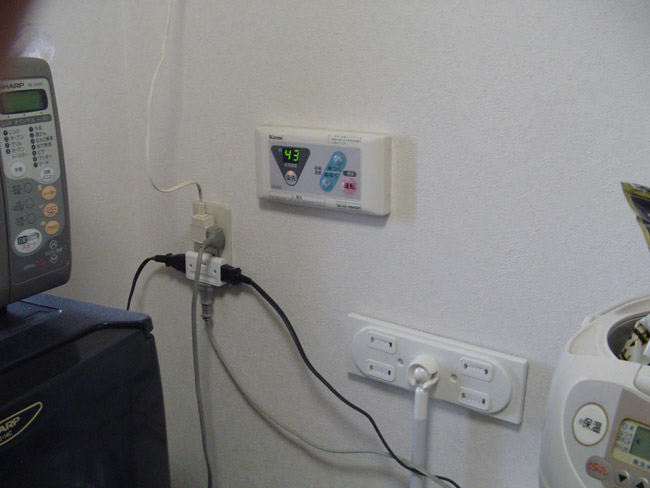 The bathtub isn’t “fixtured” into the wall like you whities’. You could lift it up or even take it out and double your shower size if you wanted to. I pulled it out a little to illustrate this.

You fill it up with water, and then it just drains down into the same hole as the shower water does.

Bonus: You can change the temperature of the water to your liking, rather than having to mix hot and cold to get the desired warmth. But note that the setting panel is in my kitchen. That’s the “low-rent” part, I guess.

Also, the numbers seem to be off. I set it to 45 degrees and it’s pretty damn hot, even though that doesn’t SOUND too hot. What gives?

Super hilarious note: You’re supposed to sit on a little bucket and wash yourself before you get in the bath. Then why would it be called a “bath”? Will they ever learn?

Let me explain to you guys how I write this column. I sit around all month, trying to think of something to write. I read the news; I look at the Internet—and stare. Then I give up and decide to wri ...