Jeff Day is the owner and author of random.access, a hobby site that posts weekly videogame, music, and movie reviews, as well as articles on other topics, like whether the success of a TV sitcom directly correlates to the location of the show’s living room. This his first appearance in Versus Mode.

1. Words like “gay” and “Christ” absolutely should be allowed in PlayStation Home’s chat.

Meteo: I vehemently disagree with this, and I’ll tell you why. Since this has been publicized, the first thing people will do if this goes through is to create thousands of Gaychrist account names. As if we needed to be reminded, again, for the 30th time in the day, every day since the Internet was invented, that people on the Internet are fucking stupid. 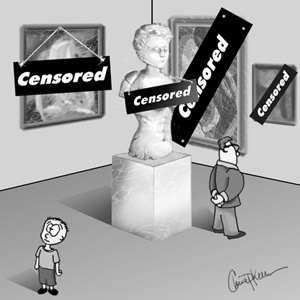 Shout all the right-wing Nazi fascist policy ranting your liberal Internet persona wants, but fuck, you know it’s going to happen. Sure, freedom’s great—until you realize that, numerically, 1 out of every 10 people is homicidally insane, and when you have a country of 500,000,000 people who are free to do whatever the hell they want, fuck. Christian hell isn’t even that dangerous.

So anyway, even though Sony restricting those words would only delay this event by like three minutes, I still disagree with allowing these words to circulate and with freedom of speech in its entirety. So fuck off, Gay Christ-bashers.

Jeff: The reason we have this filter on in the first place is because of all these goons who feel that everyone else wants to hear them spout expletives like a geyser and sound superior. The fact is, though, when you call someone “gay” for accidentally shooting a teammate, you actually sound quite immature. Sadly, it’s mostly 13 year olds who are trying to sound cool but failing miserably. There doesn’t seem to be a “maturity filter” just yet, but it damn well better be on its way. Unfortunately, nobody can develop an accurate context-sensitive filter that would detect when someone is using the term “gay” to mean happy or to describe an indiscriminate sexual orientation, compared to the term meaning “stupid” or as a direct insult to a homosexual. That would solve everything.

Anyway, back to the original topic. Should they absolutely ban words such as “gay” and “Christ”? Well, aside from creating a gay/lesbian/bisexual gaming group, there really isn’t any reason to use the word “gay” in these games.  And I don’t recall any PlayStation Network-compatible game about Jesus—nor will He be using a PS3—so “Christ” is out of the question, too. Admittedly, it does get a little ridiculous when “hello” is censored, but all Sony needs to do is tweak the filter system a bit and they’re good to go. However, creating a group name should be a bit more flexible, especially the aforementioned sexuality-based gaming group. But the bottom line is this: I don’t want anyone telling me that the gameplay in Mirror’s Edge is “gay.” Come back in ten years when you’re old enough to communicate like a person.

Jeff: Today’s music is clearly cinematic in scope because that’s how technology has allowed it to evolve. There is a high expectation for a symphonic soundtrack nowadays. But back when all you had were a couple of sound channels and a very poor sound chip, it didn’t take much to impress the masses, so there was no need for amazing music.

This really depends on how far back we’re talking. If I think back to the days of the NES, then I would say that the music was very influential and funky. Take the Super Mario Bros. theme for example; that was the number one ringtone at one point on Billboard Magazine’s Hot Ringtones chart, and it’s still charting after several years. The Legend of Zelda theme is universal. Numerous other games from that era also had fine soundtracks. However, if you go back one generation further to the days of the Atari 2600 and the like, THEN modern listeners might say that it was awful. A bunch of beeps and fizzles out of a brown box would spook off many younger gamers today, but back in the 1970s and 1980s, that’s all many game programmers had to work with, and they did what they could.

So does early videogame music stink? Well, everything is musical, although it may not be everyone’s cup of tea. Atari 2600 music is shrill, but to someone else, it’s beautiful. Probably Aphex Twin fans.

3. Arcades are great places for the Army to recruit new soldiers.

Meteo: Really? I didn’t know we still had arcades.

Jeff: Arcades are actually great places for Frito-Lay to recruit Cheetos enthusiasts. But also, anybody who has money to waste on an arcade game they know they won’t win will probably do just about anything, even join the Army. So for a recruiter, it’s not such a bad idea. Plus, many of them will have played games such as Time Crisis that require pinpoint machine-gun accuracy, so that’s helpful. And people who visit arcades generally don’t have girlfriends, so they won’t have love lives to tie them down to any specific location. Sorry, but that’s a fact. Look it up.

4. UGO is not responsible for EGM shutting down.

Meteo: Honestly, if GameCola wasn’t recognized as nonprofit, it would’ve gone under, too. Much sooner.

Jeff: To be honest, I’m surprised that any videogame magazine is still going. Print media can’t possibly keep up with Internet reporting sources who can post news within minutes, instead of having to wait a month. Web sites such as IGN, GameSpot, and 1UP are the way of the future for gaming news—they are pretty much the way of today, as well—so having EGM stick around longer is just a waste of employees’ efforts that could be used more efficiently to report news. It’s really technology that killed EGM and not UGO, although UGO is officially the one who shut it down. But if they didn’t do it, somebody else would have in time. It was inevitable. Move on, and read more GameCola…or visit http://random.hostmatrix.org! That’s equally enjoyable!

5. If Nintendo implements its new patents, its games will be way too easy.

Meteo: Under these patents, if the player finds the game too easy, he only has himself to blame.

No, I don’t mean he/she, I mean he. Girls don’t play videogames.

Jeff: If Nintendo decides to include information about how to play its games, they could, in theory, save the planet just a little by not requiring trees to be cut down for instruction booklets. The Wii will simply tell you what to do and when to do it. That’s theenvironmentalist’s point of view.

If Nintendo decides to include information about how to play its games, you will no longer have to worry about getting lost or confused in an RPG that fails to be straightforward in its direction on what to do next. I would rather someone tell me where to go next or what item to pick up next than spend the next three hours wandering around in the wrong area, only to discover I should have moved that one rock that I was passing time and time again. That’s the frustrated gamer’s point of view.

If Nintendo decides to include information about how to play its games, if Sony and Microsoft don’t follow suit, the PlayStation 3 and the Xbox 360 will automatically fail and Nintendo will rule the videogame industry, followed by the entire world. That is the fanboy’s point of view.