Hypocritical Statement of the Month: Go be on the GameCola Podcast, Already!

This is hypocritical, of course, because I’ve never actually been on the podcast. Maybe someday, but that day isn’t today.

What I want to do here today is give mad props to my boyz Michael Ridgaway and Michael Gray, who have thus far been a part of 100% of the podcasts that have been released. Or at least 100% of the podcasts I’ve listened to, if there have been more than two. In addition to just being a part of them, they’ve said several entertaining things that make it worth tuning in to future podcasts. Well done, gentlemen!

I’ll also give props to Colin Greenhrllm…who was a big part of podcast one, 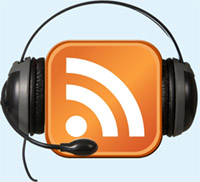 and one prop to Zach Rich, who was in last month’s. I’m sorry Zach Rich, but you were just not up to the Zach Rich quality of humor that I expect. However, you did participate, hence your prop. Accepting the prop on behalf of Zach Rich will be Evangeline Rich, who is the closest person to Zach, via name, who might possibly read this article.

Anyway, the podcasts have generally been going pretty well, so I advise every GC staff member to be a part of at least one of them. There are plenty of people to help get you set up, so really the only good excuse you can give me is that you’re too poor to afford a mic, and you don’t want to put buying a mic above feeding your children.

As for me, I can almost guarantee you that I will never participate in a podcast, due only to intense laziness and an overwhelming lack of motivation. Like I said, I’m a hypocrite.