Some people describe A Fading Melody as a Braid rip-off. I think those people are wrong. I like to think of it as “Braid inspired.” After all, we can’t just call all artsy 2D platformers Braid rip-offs, can we?

Besides, this game doesn’t have time travel in it. Totally an original game. Nothing like Braid. Instead, you play as a girl in a coma.

(Full disclosure: I wrote the intro that way just so I could say “Braid” a whole bunch of times, and link this game to Braid in your mind. Because I like this game, and you like Braid, so saying “Braid” a lot in conjunction with it might tempt you to check it out.)

Melody is in intensive care in a hospital, and you play through her nightmare world, hopping and bopping on enemies and trying to wake her up, all the while learning bits and pieces about how she ended up in her coma. Every time you defeat an enemy, the screen gets a little bit lighter. It also gets periodically darker as time passes, though, so you need to keep killing things in order to stay in the game. 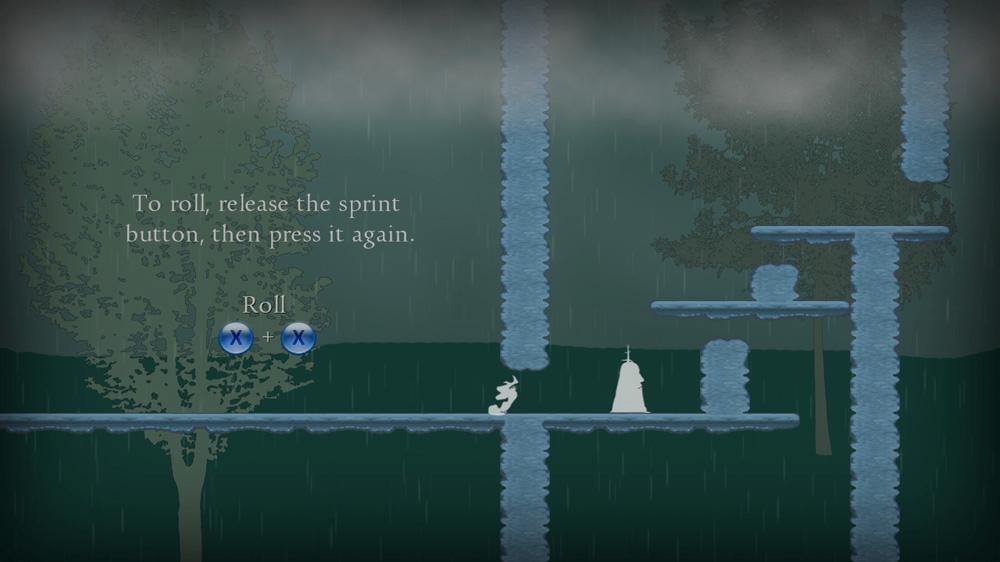 I don’t like talking about graphics in games; but this game is simply beautiful. I’m not using “simply” as a filler word there—I mean that the game’s graphics are simple, and their simplicity is beautiful. Melody is portrayed as nude and entirely white-colored—kind of like the reverse of the people in the iPod ads. Rain falls lighter and lighter as you help her break free into consciousness, while classical piano music plays on repeat to help soothe you through the frustrating platforming bits.

Of which there are plenty. This isn’t exactly Mega Man—there’s only seven short levels, and there aren’t any powerups, or robots—but it is the kind of platformer that you can only get through after dying a million times, slowly internalizing the level’s layout so you know exactly when, where, and how to jump. I don’t usually like impossible platformers because they frustrate me. This game frustrated me, too, but it kept me from breaking my controller in half because I didn’t have to restart the level, or the game, every time I died. Each level has periodic check points that you go back to if you die, and they make a huge difference.

Anyway, it’s a cool game—the only Community Game I’ve liked enough to actually purchase so far—and it’s $5. Definitely check out the trial if you have a 360.

A game about Death in which you only kill one person.