Hi everyone! It’s time again for the monthly testgame update! And by monthly, I mean mostly monthly? I do apologize for the lack of testgame last month… Let’s just say there was a lot of stuff going on around here. But enough excuses, Lizo! The past is past, and this month I actually DO have some new things for you guys to check out! And some pretty exciting things at that.

For starters, as of this month, I have finally upgraded to the most recent version of AGS—the version I had been using up until now was from 5 years ago or so. This new version should (I think) let me do some new things that I’ve been playing around with in my head for a little while (not that I’ll get to them any time soon or anything, but still), and it seems to work better for me on Windows Vista, so that’s always a plus. It looks like everything in the game has made the transfer smoothly to the new version of AGS, but if any of you guys notice anything weird as you’re playing, please let me know! 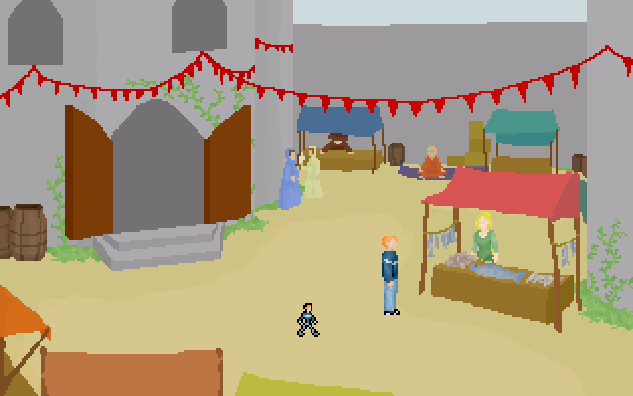 And now for the really important stuff: I’ve finally put in the new dialogue with Herkimer that we’ve been leading up to for a while now. This is some critical plot stuff here, and it took me a really long time to work this dialogue into something that I feel relatively happy with, so everyone should go check it out. There’s still a little more dialogue/cutscene action yet to come before the second half of the game really starts, but this should give you a good idea of where I’m going with this…

In struggling with this new dialogue, I’ve also realized some things about Lily’s character that I had been pondering before. So to make everything flow a little more smoothly, I’ve done some tweaking with things that Lily says thus far in the game. I’m not being too specific here because I might accidentally spoil something, but basically I finally know now how much Lily knows about Paul’s quest and how much she’s guessed about it. So yeah, there might be some more tweaking later, but it seems like things fit together well enough for now.

I’ve also now cut out the part where I needed a name for this land that Paul finds himself in. I cannot for the life of me settle on a name (and thanks to everyone who sent in suggestions, by the way), and as Real-Life Paul pointed out, it is a little strange that Paul would only be asking for more details now, this far into his journey. I may at some point go back and insert a name perhaps into a conversation with Lily or Artie early on, but maybe it’s not really necessary.

We’ve also got the requisite background and graphics work—I’m pretty happy with the new animation for the back of the fireplace in the castle kitchen, so that’s something to check out as well.

And that’s about it! My goal for next month is to (really) get us into the second half of the game. We’re almost there! Now go play testgame! 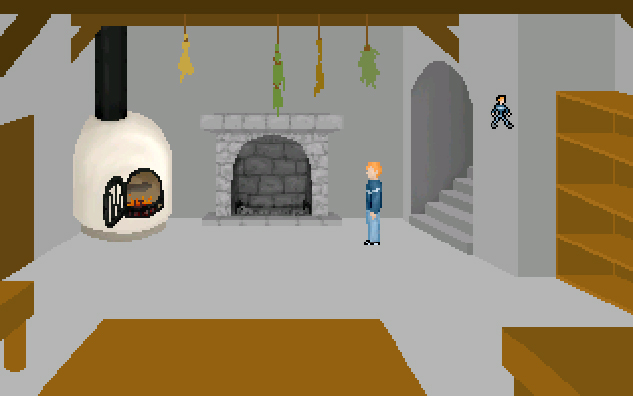 [Important note: I’ve included the “Part 2” save file like I have been doing, but it looks like this new version of AGS makes things a little more complicated than they were before. If you want to load the game from the beginning of the castle area, you’ll have to move the agssave.001 file that I’ve given you into a folder called “New game” under the “Saved Games” folder in your Windows user name folder. This is annoying, I know, and I think this means it might be time for me to incorporate a way to skip to different parts of the game within the game itself (maybe dividing it into chapters, or something…hmm). Or you can just play through everything. For myself, I’m getting pretty good at doing speedruns of testgame.]

The puzzle-oriented visual novel returns! Well, it never really left; we just forgot to write about it again.