(Editor’s note: This article was originally published in the July 2009 issue of GameCola, back when GameCola was published in a monthly online magazine format.)

I read Paul’s “Dear Readers” this month, and I’m shocked! This month is the last issue of GameCola? Paul Franzen, not President Obama, is the one who will provide Americans with change? I never would have guessed it! What can I do to best prepare myself for the new GameCola?

-Slightly Worried but Looking Forward to the New GameCola Nonetheless

It is true—the new GameCola is going to bring so much change that the world can never be the same. The first thing you will want to do is quit your job and/or drop out of any school you may be in. Next, you will want to put any nearby restaurants that deliver on speed dial. 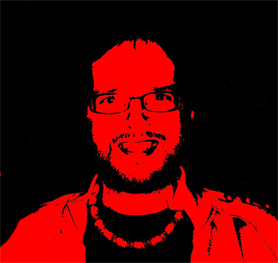 Why will you be doing all this? Because a new GameCola article could go up at ANY moment. You want to be the first one to read them, don’t you? Of course you do! This GameCola REVOLUTION will have the world talking about the one thing that matters: GAMECOLA. No other anything has as much worldwide acclaim and appeal as we do here at the ‘Cola. You want in on this, and you want in on this fast.  Acclimate yourself to sitting in front of your computer screen and clicking the refresh button over and over again. You will be doing this a lot.

Other than that, and repeatedly telling every single person you’ve ever met how much GameCola changed your life…you really don’t have to do anything.  A new era of GAMECOLA fun is at hand. No one could ever be truly ready for that!

I’d like to try some online games, but my Internet service sucks. I mean, whenever I want to download something, it takes me like an hour. Sure, Comcast SAYS they just doubled my speed recently, but I honestly don’t see how my Internet connection has improved since the later ’90s, when it took about half a minute for a Web page to load. The Internet is just as slow now as it was then. Is there any way to make the Internet NOT slow and crappy, or should I just forget the possibility of ever enjoying online gaming?

If you want to play online games, you are going to have to suck it up. Unless you are on a multimillion dollar connection, it is going to be slow sometimes. Internet connections are actually improving all the time. However, so is Internet technology. 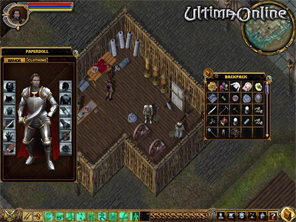 Think about how many sounds and video and other bandwidth-eating files just automatically played whenever you went to just about any Web site just a few years ago. Now think about how many of those that you see today. The Internet is full of crap. It will always be full of crap and will always continue to get more crap. The population of the Internet increases, and we just get more crap.  Basically, we are doomed. Unless the people who make games want to totally rethink and redo how they work their online code, there is going to be slowness. It still is a lot  better than the early days!

So what I am telling you to do is, take that pacifier out of your mouth, man up and just get online and deal with it! THIS AIN’T NO SIPPIN’ TEA.

RPG fans have been hoping for a revival of the Bard's Tale series for quite some time now. Good news! Yesterday, it was announced that a new installment of the series is planned for this October. Star