Ah, summer—Mid-Boss doesn’t know (or care) about you, but summer always puts him in the mood for some arbitrary award-giving. There’s been a lot of upheaval in the videogame industry since last July, and it’s time for some light-hearted, bias-free, non-hyperbolic recognition of the products of such upheaval.

This year, Sega sat down and, after copious grunting and sweating, dropped a steaming load all over your nice clean console with Sonic Unleashed, the worst game ever made. All right, that’s a slight (slight) exaggeration, but come the fuck on! Everyone knows how piss-poor the Werehog levels are (yes—for some inscrutable reason, Sonic turns into a werewolf), but this time around even the supposed saving grace, the Sonic levels, are frustratingly tiresome experiences. Sure, it’s quite nice-looking, but so was Riefenstahl’s Triumph of Will, and that was basically a Nazi recruitment film. There we have it, then; Sonic Unleashed is the Nazis. You read it here first. 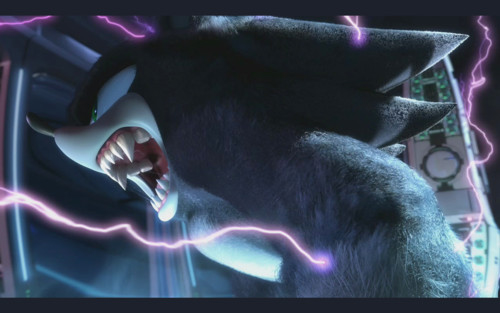 Mid-Boss should make this clear up front—online multiplayer doesn’t count. It’s for miserable, friendless scum. The only way to enjoy multiplayer gaming is sat ‘round a TV with your acquaintances, insulting each other’s prowess (game-wise or sexually) and generally having a raucous time. As a consequence, the winner of this most prestigious of awards is The Behemoth’s XBLA opus, Castle Crashers. The game has been covered before in this very column, so it’ll be kept brief. Castle Crashers is the side-scrolling fighter’s evolutionary apex. The pacing is near-flawless, there’s plenty of replay value and, of course, the co-op mode is mental. Highly recommended.

The Gears of War “What Are You, Stupid!? It’s Clearly Awful” Award

Another showing for everyone’s favourite nippy vermin, Sonic the Hedgehog, as he works toward his RPG proficiency badge with Bioware’s Sonic Chronicles: The Dark Brotherhood. This title was lauded by many as the first great Sonic title in years. However, Mid-Boss feels the need to remind people of the following truth:

The Dark Brotherhood is a huge misstep for the series, a virtually unplayable mess with barely a redeeming feature. The graphics are disgraceful. The mechanics are moronic—why, for example, does the player need to switch to Tails to “activate” the button that flies them across a gap? Can’t the game just do the character switching automatically? OH WAIT NO BECAUSE THAT WOULD BE FUN. Combat takes forever, with even the weakest enemies having stupidly high HP. All the moves look the same, there’s no sense of impact to the blows you land, the Ouendan-style special attack commands are loose and samey, the storyline is boring, the maps make frequent use of perspective deceptions to irritate you… Mid-Boss could (and would be happy to) go on, but he has awards to present. In closing, if you played and enjoyed Sonic Chronicles, seek help. 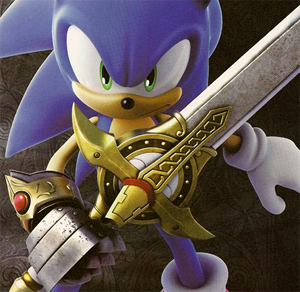 Congratulations all ‘round to the Sonic series, lucky winner of three awards in this year’s batch. This year’s Sonic and the Black Knight, combined with the aforementioned Sonic Chronicles and Sonic Unleashed, made the scarlet-sneakered little bastard a shoo-in for this award.

Hey, Sega—stop making Sonic games; you don’t know how to do it any more. And don’t outsource him—just kill him off. No announcement, no fanfare, no big finale. Just stop making Sonic games. Never mention him again. Pull all references to the character from your Web sites and work on other things. No sane gamer cares about your tarnished, worthless “mascot” anymore. Put him to sleep, lads.

The Lone Wolves are back!

With the good comes the bad; am I right, folks? This is a follow-up to my previous "Great Moments" article, but this time, I'm sharing some moments in RPG history that left me wanting less, and put th ...