It’s been a while since any truly interesting Xbox Live Indie (formerly “Community”) games have been released, and I say that mostly because the last time I wrote about them was in March, when A Fading Melody came out. Maybe, after playing A Fading Melody, the indie developers all threw up their hands and decided they’d rather just keep making Arkanoid over, and over, and over, and over again, because there’s no way they’d be able to top the sidescroller about a coma victim who has to battle evil demons in her dreams in order to keep the darkness from overtaking her.

Luckily, at least a few developers woke up and discovered that there’s more to life than an endless stream of “games” that just show burning logs on your TV, or that can apparently give you a massage with your Xbox controller, because I’ve finally been able to round up a few more Indie Games worth checking out: 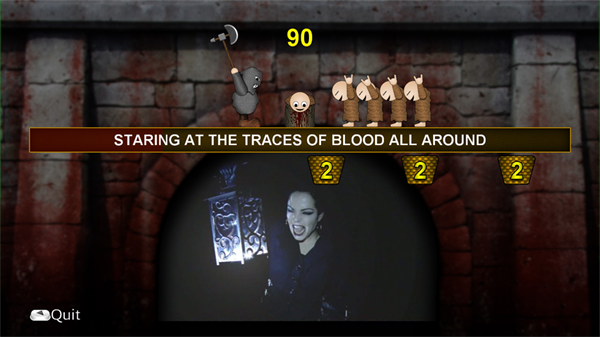 Like The Headsman, pictured above, in which you play as a particularly cartoony executioner. Baskets with numbers scroll at varying speeds at the bottom of the screen, and you have to try to chop people’s heads off at just the right moment such that the heads land in the baskets worth the most points. A crazy gothy rock song plays in the background (literally, as you can see the song’s music video in the background of the screen), and when it hits the chorus, the condemned all start rocking out and get very excited about their impending death. It’s pretty badass. 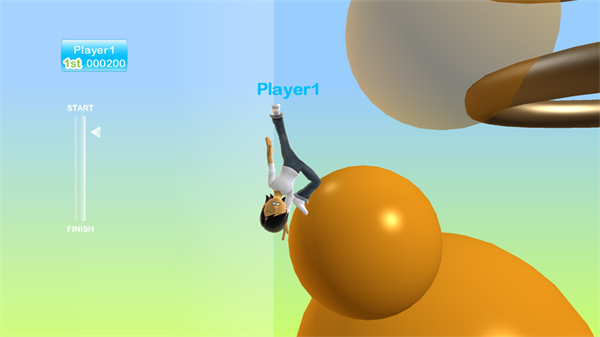 There’s also Avatar Drop, one of few Indie Games I’ve seen to implement Xbox users’ Avatars. The so basically is this: You drop your Avatar from very high up, and try to hurt him as much as you can before he reaches the ground. There’s all these balls and hoops for you to hit and fall through; doing so nabs you points. The graphics are extremely basic (a shame, because the game might’ve been much more fun if there were a series of recognizable objects to smash your Avatar into), but it’s kinda fun to torture your Avatar in this game, in a PAIN kinda way. Apparently it’s 1-4 players (possibly allowing for even more wacky mayhem?!), but that feature isn’t available in the demo, so I didn’t test it out. 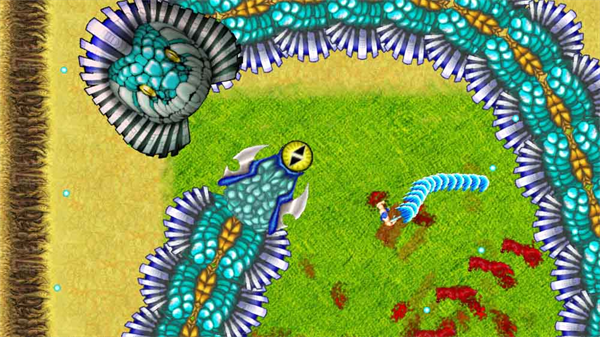 Then there’s Karnn Age, which I have only a vague recollection of, because it’s been a little while since I played it, and I forgot to write about it at the time. IIRC, there’s a big grassy patch in the middle of the screen, and you run around with your gun shooting things in it. If you run outside the grassy patch, the sun gets really pissed at you and tries to destroy you. (This is, BTW, the reason I don’t ever leave my apartment; I’m so glad they made a game about it.)

Now, for the above three games, it’s definitely worthwhile to check out their demos (free on Xbox Live), though I wouldn’t necessarily recommend actually purchasing them, because there’s not really a lot to them, and, for the most part, you can get as much fun as you’re going to get out of them by playing the demo alone. The next two games, however, you might wanna consider actually buying. 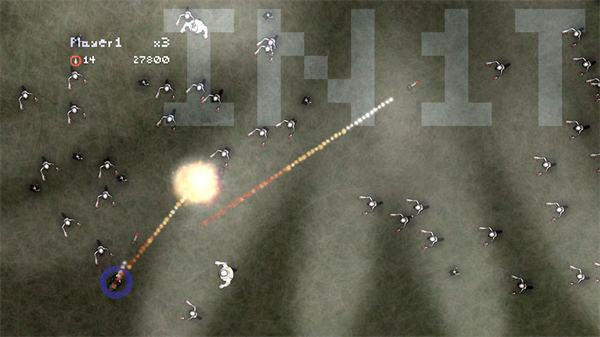 Especially the awesomely-titled I MAED A GAM3 W1TH Z0MB1ES 1NIT!!!1. (I’m pretty sure I’m going to have to add a category to our year-end awards for “Best Name,” just because of this game.) I can try to describe this game, but you’re really better off just buying it right now and finding three other people to play it with. It’s a 1-4 player co-op zombie-shooting game with power-ups, a laser-light show, and a rocking song about how the creator made a game with zombies and you should pay him a dollar so you can play it. I am in love with this game. 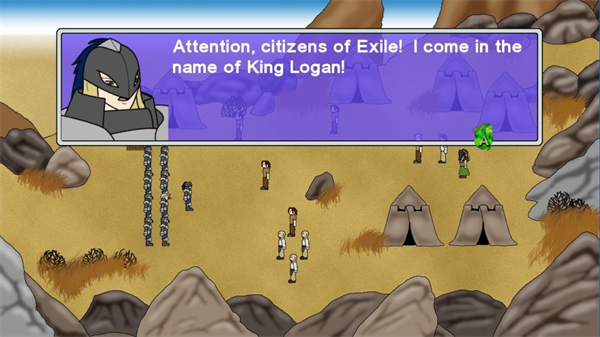 And, finally! We have Light’s End, which initially looks like a retro SNES-style RPG, but which is actually…I don’t really know what genre this game fits in. In this game, you can control any character you meet in the game. In fact, you have to, in order to progress. Any time you want to switch characters, you push a button, and suddenly, you’re no longer the suicidal teenage girl; now you’re her overly controlling father. You get to see different characters’ perspectives on the events of the game, and you get to glean different information from different people, depending on your current character’s relation to them. (For example, if you’re a son talking to your father, you’ll be able to glean different information from your father than you can if you’re controlling your father’s boss instead.) Different characters have different interests and motivations, and it’s by figuring out who you need to control to move the story along that you’re able to progress.

Which team do YOU side with?