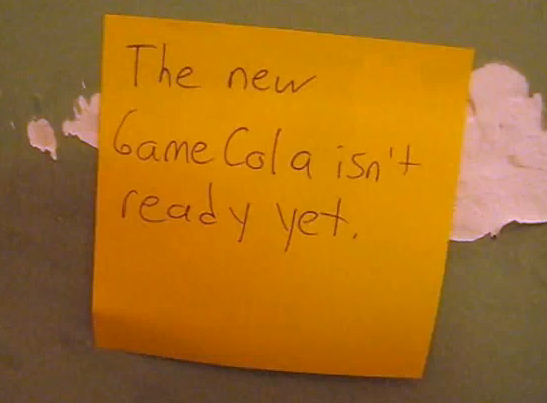 During GameCola’s long hiatus from the end of July 2009 through the beginning of January 2010, there was a lot of speculation about whether or not the site would ever return. These three videos address that issue; the first is a pleasantly upbeat explanation in Post-It Notes, while the second features staff writer Zach Rich’s large head and demonstrates that sound apparently moves a lot slower than light. The third video is all cryptic and mysterious, but I guarantee you it has nothing to do with the next Trauma Center game. Most likely.