…Erm, Metroid, not Netroid. Darn, and I thought my acronym was airtight, too. 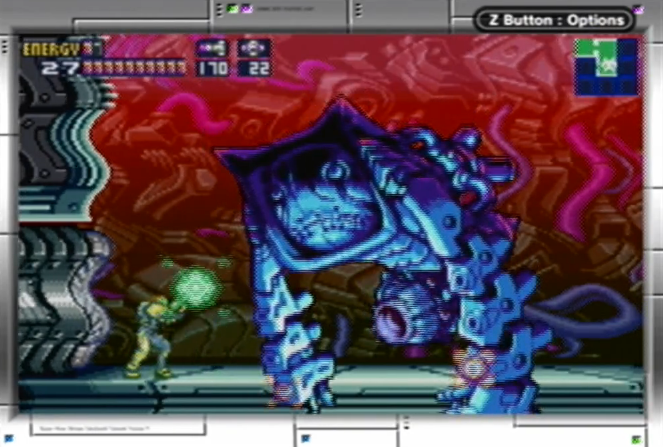 Michael Gray’s got another video walkthrough up his sleeve, this time of the Game Boy Advance hit Metroid Fusion. Apparently, no one knows how to make a sequel to this game—between Metroid: Zero Mission, the Metroid Prime trilogy, Metroid Prime Hunters, Metroid Prime Pinball, and Metroid: Other M, we’re getting closer and closer to a full decade without an actual sequel to Metroid Fusion, unless by chance we finally get Metroid Dread in early 2012.

Fingers crossed; I just hope that it doesn’t coincide with the impending release of Duke Nukem Forever, or else I’ll really be out of cash.

Oh, right. Michael’s videos. Collected here are the first two videos to get you started; your orders are to watch the rest of this run of Metroid Fusion on the GameCola YouTube channel. Any objections, lady?

The first thing one must do when examining four games that have been ported from one console to another is to ask one's self the following question: "What has been changed?" Well, there's good news ...