You might not know this, but Capcom released a few Phoenix Wright art books in Japan to coincide with the various game releases. They contain things like all the artwork in the games, concept art, never-before-seen sketches and promo posters. A lot of it is rather good quality, like the everyone goes on a picnic scene and promo poster for Case 5 of Game 1. As you can guess, it’s rather fun to flip through the book and see all the nice, official pictures. 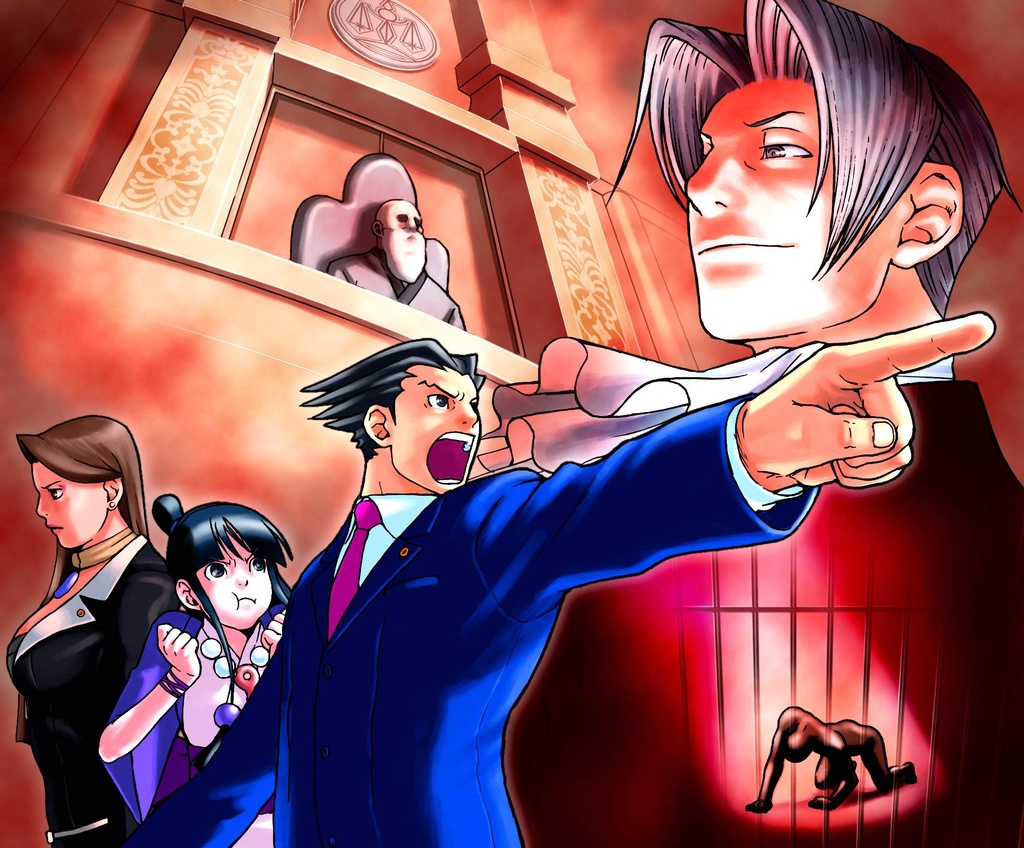 However, it is more fun to flip through the book and look at the official pictures that have nothing to do with the games whatsoever. In fact, many of them do not make sense and are just begging for backstory. For your amusement, I gathered a few of them together here.

Recently, Capcom slapped these various art books together into one large “definitive edition” art book that they are now selling on other continents. In fact, Capcom is making “definitive edition” art books for a few of their series, like Phoenix Wright, Mega Man, Mega Man X and Street Fighter. They’re also currently holding giveaway contests for these books, so Nathaniel Hoover, make sure to turn in some of your best Mega Man fanart, and maybe you can win the grand prize! We’re all rooting for you!

Out of all the Intellivision games I picked up at a yardsale a few months ago, this one is my favorite.