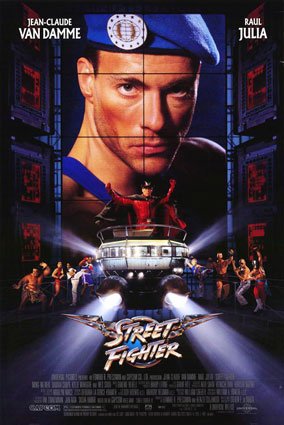 Looks like M. Bison is riding one of Dr. Robotnik’s vehicles.

So what happens when you go to a store that sells videogames and movies and you ask for “Street Fighter: The Movie“? Do you walk out with a videogame or a VHS tape? Luckily, both the movie and the game are so shitty that you probably won’t walk out with anything.

Then there’s the whole “Alpha” series, which apparently is a prequel series. I had no idea since most of the characters from SF2 are in there. Charlie, Guile’s buddy, is in there. I knew that he was supposedly dead and thought maybe he actually wasn’t. But then I put the pieces together and realized that the game was a prequel. Why not just call it Street Fighter 0? Then there was Alpha 2 and Alpha 3. So did those come before or after the first Alpha?

As you can see, confusing as fuck. I changed the title of this article three times.

And then there’s Ghostbusters: The Video Game. A game based on a movie series, but not a specific movie. The game serves as a sequel to the movies. But is the “The Video Game” part really necessary? I am glad they’re doing some preventative measures with the whole Street Fighter bullshit, but couldn’t they come up with something more creative? If they didn’t want it to be confused with the first Ghostbusters movie, why not call the game “Ghostbusters III” or “Ghostbusters: Gozer Strikes Back” or “Ghostbusters: The Stay Puft Chronicles?”. I know it’s a damn videogame because of the box it comes in (it does make searching easier, I suppose). GoldenEye for N64 wasn’t called “GoldenEye: The Video Game.” A rose by any other name…this is really a great game. Expect a review shortly. 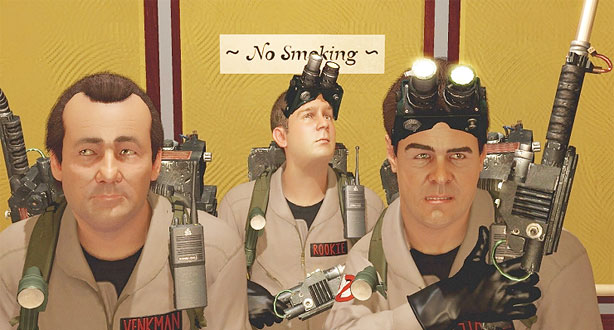 How about the Mario series? Besides the standard platform affairs, Mario has turned into paper, become a painter, traveled through time, gone into space, made (Yoshi) cookies, driven go-karts, and even gone missing! He’s had several 2D platformers. From Super Mario Bros., there was Super Mario Land, Super Mario World, Super Mario Galaxy, and now New Super Mario Bros.

Wait, what? What the crap? New Super Mario Bros.? The word “new” is meant for conversations, like, “Hey, did you play the new GTA?”. Couldn’t you have come up with something better, like Super Mario Principality? It’s like you don’t plan on ever making any newer titles after that. The first one, on the DS, was called simply “New Super Mario Bros.“, which was followed a few years later on the Wii by “New Super Mario Bros. Wii.” Why not call it New Super Mario Bros. 2? What, we’re just supposed to automatically assume the first one was on the DS? Why does the second one have the Koopa Kids and Bowser Jr.? I didn’t think they could co-exist, like Donkey Kong, Jr. and Diddy Kong (although supposedly they are father and son, except one is a monkey). So once Galaxy 2 comes out, this game certainly won’t be “new” anymore. What will people think 20 years from now when they see that title? Hell, they could have simply called it “Super Mario Bros. 4,” since it is trying to be true to the early games and basically only has the abilities of the original Super Mario Bros., plus a flight cap.

While we’re talking about NSMB Wii… I’m glad they brought in Yoshi, but they took away my Yoshi powers, and they don’t let me eat items to gain their power-up abilities, or let me bring Yoshi to the next course. What the crap, man… It’s like they decided to reboot the series, just like every existing decent movie series known to man, bringing back some earlier elements, but fucking them up.

Then of course there was the Super Mario Bros. movie, named “Super Mario Bros.” This is so loosely based on the game, though, that they really should have just named it something else entirely. The trailer’s slogan was “This ain’t no videogame.” Well, it ain’t much of a damn movie, either! 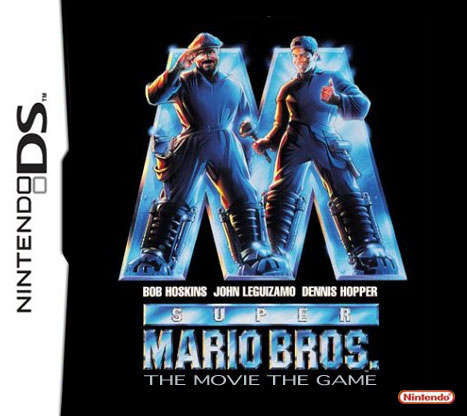 I hope this is a joke.

I wonder to myself, as I play Digital Devil Saga and devour my enemies, does anyone ever go out and eat someone because they see it in videogames? I'm pretty sure if that had happened I would have hea ...