You might not know it, but I went to Capcom headquarters last week to bug them about making Duck Tales 3. Security hauled me out of the building (again), but not before I managed to steal a copy of Mega Man 10. I played it all the way through recently, and I’m ready to give you GameCola fans a sneak-peek at the game.

The NES Mega Man games, let’s face it, have horrible plots (and spelling errors). Well, Mega Man 10, which is done in NES-style, corrects these problems by having an impressive, overarching plotline. Instead of going up against Dr. Wily for the thousandth time, Mega Man fights his most dangerous foe yet…Rock Man. 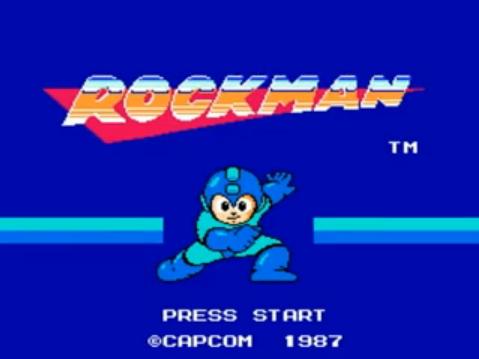 So every time Mega Man saved the world, Dr. Right got a little angrier. “Why does he have to save the world? Why can’t my beautiful Rock Man save the world for once?” Dr. Right complained.  Eventually, overcome with rage and despair, Dr. Right reprogrammed Rock Man, giving him a new mission: Kill Mega Man.

Level One starts with Rock Man fighting his way through the laboratory/house where Mega Man and his friends live. It’s a fighting-intensive level, with no less than three minibosses: Rush, Proto Man and Roll.  At the end of the level, Rock Man goes up against Mega Man and promptly kills him.

The death of Mega Man ends up having major consequences for the Mega Man world. The game switches to the SNES Mega Man X series, which takes place 100 years after the NES games. All the characters in the series except Zero immediately disappear due to the disruption in the timeline.  Zero is then forced to fight his way through a dystopian world in which Rock Man and Dr. Wily control everything. After ten grueling levels, Zero finally makes it all the way to Wily’s castle…only to learn that Dr. Wily has married Zero’s girlfriend, Ciel.

An intense battle follows, in which Zero gives up his life in order to save Ciel. Touched by Zero’s sacrifice,  Rock Man has a change of heart, and he kills Dr. Wily in order to stop the madness once and for all. But then the Dr. Wily from the Game Boy Mega Man games (who, if you remember, has a time machine/spaceship) appears, and a desperate pogo-stick based battle ensues.

Rock Man steals the time machine/spaceship and begins a quest to change the future for the better.  He doesn’t know how the controls work, so he is forced to travel to all sorts of different times, like One Million BC, where he fights some mutant ninja turtles.  He is also forced to play Bass (guitar?) and travel to some sort of battle network, for reasons I don’t understand.

At the end, Rock Man eventually winds up in the right time, where he has to kill the past version of himself to save the future (and Mega Man). The world returns to normal, and everyone lives happily ever after. Well, everyone except for Dr. Wily, who gets put in a minimum-security prison with only one guard (Sleeping Man). The last thing we see is Dr. Wily escaping from jail as the words “To Be Continued” appear onscreen.

All in all, it’s an excellent game with a complex, riveting plot, and I can’t wait for Mega Man 10-2, although I will wait if it means I can get my hands on Duck Tales 3 faster.

Up, Up, Down, Down, Left, Right, Left, Right, B, A, (Select), Start. It didn't start here, but this is what made the Konami code so famous. It's amazing how much people are vying these days for local