As a series, Saint’s Row has one of the best cosmetic customization systems around! From your physical features and proportions, to skin color, tattoos, scars, and makeup, already you have incredible control over character appearance. Add in hairstyle and color, voice actor—and in later games even your taunts and celebrations—and we’re getting ahead of every other game! Now factor in all the clothing options and things are really getting out of hand! All of these choices allow you to make either yourself or the most satisfying and unique character ever. What really sets this apart, though, is that you can then change it all during gameplay! But the best part is seeing real people and characters made, ranging from presidents to movie stars and characters, to musical artists, and even the game’s own voice actors! You gotta love such a robust engine! 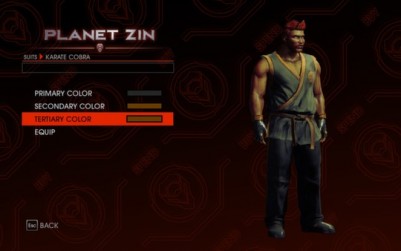 Primary, Secondary; Wax on, Wax Off

I really enjoy the character palette swaps in games like Street Fighter 2 and Smash Bros. Particularly in Smash Bros., the developers came up with some really creative options, like Dark Link and Game Boy grey-and-white Kirby. A nice, simple way to mix things up a bit. 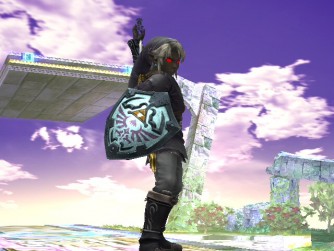 As much as I love finessing the brow depth and lip height of Commander Shepard for hours on end, and as neat as it is to have the freedom to enchant your skirt to pick locks in any given Elder Scrolls game, a simple sandbox is sometimes the best one. Jedi Knight III provides a level of customization that’s liberating, but not overwhelming. The hero’s sex, species, and general appearance are selected from a manageable set of predefined options, but perhaps the best part is getting to pick out a lightsaber (and blade color!), preferred combat style, and Force powers. Fan-generated downloadable content opens up a host of new options, if the default ones aren’t enough. You know you want to swap out your lightsaber for an umbrella or a Klingon bat’leth (or both! Dual-wielding is awesome). 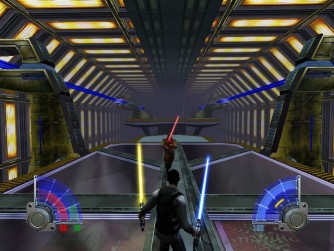 Those are some primary lightsabers, aren’t they?

The Sims 3 is really nice. I don’t know a lot about other character customization systems, but I like the look and the options and the fact that there are sliders to change things about the sim that you’re make. You’re not stuck with default facial features, which is nice. I also like the custom content that people make and how it’s able to be downloaded with little hassle. 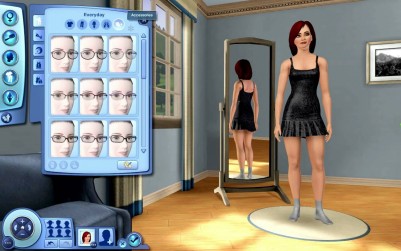 Everyday accessories for a not-so-everyday person

Another thing I liked the most in its latest update is that you can have characters talking in different languages (I’m such a sucker for that), and now the upcoming sequel will even have different accents to choose from.

One reason why it’s important to be able to recognize each one of your soldiers in this game is that—even though they’re mostly randomly-generated characters—you end up caring for them and doing your best to avoid getting them killed, because when they’re gone, they’re gone forever. 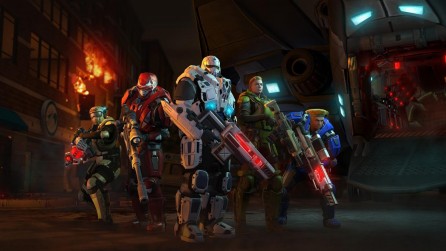 In my constant struggle of choosing between DOTA 2 and Elsword, I’d have to say a winner has finally been decided. Considering some deciding factors I will be mentioning next sentence, as well as an overwhelming desire to not repeat the same game as the last Q&A, I went with DOTA 2 (aka DOTA) for the PC. DOTA 2, for anyone who is not familiar, is a Massive Online Battle Arena (MOBA) made by Valve, the loving creators of Steam. The gist of it is simple enough—command a champion and destroy the enemy’s base. Now let’s talk about customization: This game has a lot of customization, and I’m not just overselling this like my love for anime. You can customize your HUD, announcer voices, and couriers; all of which can be shared with other players in your game. The character customization system, however, is by far the best.

As it is a Steam game, you have things like DLC and the Steam Workshop. These allow players to utilize the source code of DOTA 2 to make their own skin concepts for the game. Those skins are then voted on by other players, and if a skin does really well, Valve will put it into the game. Cool, right? Trust me, it gets better. Buying a character skin is more than just one appearance; skins are divided into various categories. This means you can equip the feet segment of one skin, while having the body segment of another skin, and so on. It’s this mix-and-match style of character customization that makes this system truly awe-inspiring. Did I mention you can also buy skins used? Not sure why this is a thing, but you don’t hear me complaining. 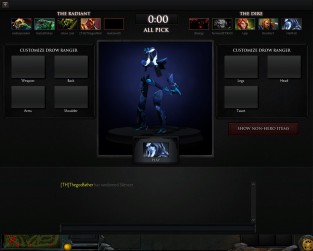 That’s one way to secure a perfect game

Do you agree with our answers? Got a character customization system you think beats our picks? Comment your thoughts down below.

Got a question you want the staff to answer? Think we’re asking ourselves some stupid questions? Comment your suggestions down below and if we like your question, we’ll give it some answers.

Aside from (or maybe along with?) being the introduction of Wario, this is a very strange entry into the Mario franchise.