Goozex.com—the Internet’s leading videogame trading site, as determined by “percentage of members that are currently writing this news post”—now accepts NES, SNES, Genesis, N64, GBC, Atari 2600, and even Sega CD games for trade, in addition to games for all current-gen systems, as well as PS1, PS2, GBA, and Dreamcast, as well as DVDs and Blu-rays. 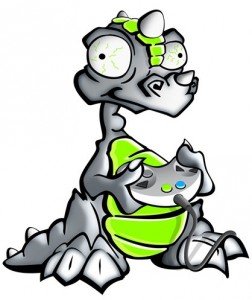 I’ve been using the site since 2006, when it was founded by kids just down the dorm from me at the University of Maryland, College Park (Go Terps!!). The way it works is this:

That’s the so basically, anyway, and each trade costs $1. I’ve found a lot of use for the site in getting rid of poorly chosen purchases or misguided presents, and then getting games I really want to play in return. (I suppose you could also use the site for trading away games you like but are finished with, but I’d never do that, because I am a hoarder.) They offer better trading rates than GameStop, with the added bonus that you don’t have to go to a GameStop. I’ve also been using it recently as a way to replace my VHS tapes with DVDs of the same movies, without having to worry so much about spending real money on something I, technically, already own.