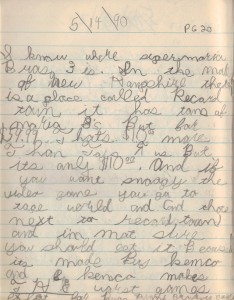 Rummaging through old junk at my parents’ house, I came across some old journals teachers made me keep in elementary school. Unsurprisingly I found that 9 out of 10 pages of each journal consisted of me talking about videogames that I hate and how to get good ones for cheap. So, since things haven’t really changed in the last 20 years, I figured I’d post a few snippets from before my love of vulgar metaphors matured and blossomed and subject you to the blog equivalent of making you watch my old home movies. I’ve cleaned up the spelling for readability, but the rest is all me circa 1989-1990:

We got a new game called Raid on Bungeling Bay and jeez, did it stink! It is about a chopper (that’s you) and six factories (in the first stage) that you have to blow up and if you do you get to the second stage. It does look good, but it isn’t! So, an important news flash: don’t get Raid on Bungeling Bay! 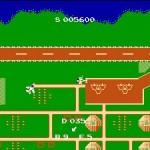 Of course, I was completely right; Raid on Bungeling Bay is a digital turd nugget. However, one thing I couldn’t have known is that it was a very historically important game for the videogame industry. The creator of the game found that he had a lot more fun making and editing the levels than actually playing them, so he beefed up the editing tool for this game, studied up on urban planning, and released the editor as a stand-alone game called SimCity. Now you can store that trivia gem away and save it for when you’re trying to woo the ladies.

Twenty years later I’ve gotten used to mechanical objects magically interacting with other mechanical objects wirelessly. I have not, however, figured out how to use the stupid goddamn R.O.B. I’m not entirely convinced that anybody has.

I have a game called Anticipation. It is like a spelling bee and Win, Lose or Draw mixed. They give you 25 seconds to answer and spell what the picture is. I got to Level 3. Level 3 has categories like Science, Whatchamacallits and other things and it’s four player. No#1 player is a pair of shoes. No#2 player is a trumpet. No#3 player is a Teddy Bear. No#4 player is a dropped ice cream cone. It may sound easy, but it is very hard! 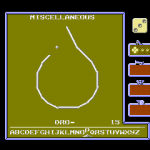 Though, what I didn’t realize at the time is that, once you play through the game about three or so times, you’ll easily remember the game’s five different picture puzzles, which makes it a lot easier.

I know where Super Mario Bros. 3 is. In the Mall of New Hampshire there is a place called Record Town. It has tons of Mario 3s but for $59.99. That’s $10 more than Toys R Us but it’s only $10. And if you want Snoopy the videogame you go to Tape World (that’s next to Record Town) and I’m not sure you should get it because it’s made by Kemco and Kemco makes the worst games except for Bugs Bunny Crazy Castle.

Only $10?! You stupid 9-year-old bastard—why are you even looking in Record Town; everybody knows they’re overpriced. That’s probably why they went out of business in 1993, idiot. Also, I think Shadowgate or Deja Vu might be a bit better example of Kemco’s good games than Bugs Bunny Crazy Castle. I was probably just bitter because I bought Rescue: The Embassy Mission and it sucked.

Fester’s Quest has great graphics? That game is such an eyesore I’m not convinced I even played the damned thing.

So there you go. You can now clearly see that when it comes to being a giant asshole cheapskate who hates everything, I am truly an O.G.

The kids still say that, right?

I have a fetish for and a large collection of Japanese piggy banks (which are metal cans [lol can't they get anything right?]), specifically those with the funniest Japlish on them. They provide me no