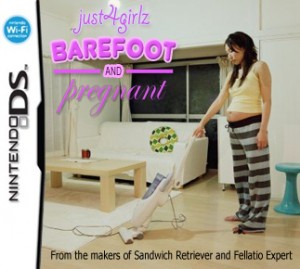 If you’ve been using the Internet long enough, you probably have a picture of what a “girl gamer” is in your head. They can usually be identified as the homely broads who upload fanart of Kratos anally penetrating Sephiroth while he gives a rusty trombone to Pikachu on deviantart. If that’s not enough to help you spot one, then you’re in luck: They know that being a “girl gamer” commands constant attention from the Internet’s nerdy, desperate masses, so they never, ever, stop reminding you that they are, indeed, a “girl gamer,” as if playing videogames and having a uterus at the same time makes them some kind of modern day Helen Gurley Brown.

The games we’ll be looking at today weren’t made for those girls. These games were made for typical (or maybe stereotypical) flowers-and-unicorns, ages 8-14 girls. Unfortunately, they were made by average, Mountain Dew-and-pizza, 30+ year old sub-par programmers who don’t really know much about girls except what they see on Lisa Frank three-ring binder designs. These games are usually quickly cobbled together in hopes that young girls will be so thrilled that they get to pet a unicorn that they won’t care that the game does nothing but allow you to stroke the DS stylus on a .jpg picture of a unicorn.

You got pedophilia in my bestiality!

You got bestiality in my pedophilia!

Why don’t you have a seat over there, because Bratz is back, and this time they’re taking their ever-so-marketable brand of pedophilia and combining it with bestiality, yet keeping all the abysmal spelling that you, the consumer, apparently love.

Bratz: Ponyz 2 allows players to take control of one of four “ponyz,” each of which has flamboyant drag queen names like Carmelina, Brynesse, Ambrosia, and Adara. Once you pick your pony you are introduced to the Ponyz Archipelago. It kind of surprised me that they didn’t just call it Pony Islands(z), but then I suppose they knew that the average Bratz: Ponyz end user is sure to be quite intelligent and well-versed in geographical parlance. Once on the archipelago you participate in various minigames, like doing the pony’s mascara or making jewelry. The goal of these games is, apparently, to be the most fuckable quadruped in the land.

The game isn’t incredibly deep; you simply walk to a handful of houses and do a handful of mediocre minigames, some worse than others.

I for one am looking forward to the sequel, Bratz: Whoresez. Get it?

Let’s face it: You, my friend, are a party animal. If life were Teen Wolf, you’d be Styles. So, naturally, you know that the best kind of party is one in which you sit in front of a TV and virtually apply mascara and lipstick to a 3D-rendered representation of a human being. And how many people would you bring to this killer party? Two, including yourself, of course, because you know that parties are no fun when the guest list reaches unwieldy numbers like, say, three. Imagine: Fashion Party has apparently researched partying about as much as you have, because it meets all these guidelines. It allows you to apply makeup, cut and dye hair, and select clothing with your Wiimote and nunchuk, and this party will absolutely never have more than two players, because more than two just aren’t supported.

The game plays like a rip-off of Project Runway, but instead of Tim Gunn you get some guy who looks like an emo Cyclops. The game also took care not to feed into stereotypes and make every male in the game sound flamboyantly gay. OK, just kidding; they all sound like Jose Eber.

Once you’re playing, you have to make your clothing, do make-up and hair, and then go out onto the catwalk. When making clothing and doing make-up you just have to follow simple instructions. The game tells you to make a black dress, you pick a dress and choose the color black. It tells you to give somebody a crew cut and pink mascara, you choose those options. It’s not particularly fun, but it’s about what one would expect.

The catwalk sequence, however, is a bit odd. The first odd thing is their choice of licensed music, which includes, among others, Manfred Mann, The Beach Boys, and Vanessa Hudgens, who I only actually knew as “that girl whose vagina I once saw on the Internet.” Then you have to start by clapping for yourself. Once that’s over, you take the Wiimote and nunchuck and shake those bastards like you’re Michael J. Fox riding horseback, and this, for reasons unknown, allows you to gracefully walk the runway like a champ. Once that’s over, you have to wait for the audience call-in portion of the show, at which point you must frantically dial in with the Wiimote and shamelessly vote for yourself as much as you possibly can.

Perhaps my knowledge of what 11-year-old girls do in their spare time is limited to yelling “Please, let me out of your basement!” and trying to untie a bowline knot, but I’m rather sure that even they would deem this to be a pretty lackluster party.

Do you want to be able to express your thoughts at any given time, but feel like,  outside of Twitter, Facebook, MySpace, Tumblr, Bebo, LiveJournal, Blogger, WordPress, Linkedin, Blogspot, your cell phone, or a pen and paper, you just don’t have any outlets through which to do so?

Want a program that will act as a PDA, despite the fact that every electronic device made since 1998 has one built in?

How about something that will allow you to play such beloved games as Hangman and Word Search on the go?

Uh, you want a program that emulates opening a fortune cookie?

If you answered “yes” to any of these questions, congratulations, you are retarded, and today is the luckiest day in your ample-chromosomed life. Somebody apparently felt that your particular demographic has remained untapped long enough and has created a DS game/application/thing just for you.

Finally, you can enjoy making diary entries, playing hangman, doing word searches, making to-do lists, and reading fortune cookie fortunes on your DS, thanks to this program that emulates all the wonderful things that paper has done for hundreds of years. I can only see it being useful for Amish and Mennonites who have recently decided to start using electronics but wanted something that didn’t stray too far from what they know.

Let’s get one thing straight right away: If it’s adventure you’re looking for, you’d probably find more thrills watching a DVD copy of Dunston Checks In with your parents, as “adventures,” in this game, has a very broad meaning and can more accurately be defined as “absolutely anything.”

You start the game as Barbie and go on various “adventures,” like walking to a stable, changing your pants, or pressing the A button to watch a cutscene of horse-grooming. For every 15 or so missions of pure tedium, you are rewarded with the right to race your horse. Of course, I only mean “reward” in the same way that eating broken glass might be a reward if it’s a choice between that or having your genitals removed with a deli slicer.

The game’s hatred for the nunchuk accessory is among its worst flaws, the lack of which makes controlling Barbie feel more like driving around a lanky, blonde go-kart with PVC tits. Riding your horse around isn’t much better, offering an experience that feels like bashing somebody in the back of the head with a spirit level while simultaneously trying to get the bubbles to stay centered.

Though, all my complaining about the controls is rendered moot by the stale, boring gameplay. Missions are bland, largely consisting of going to random locations for no good reason and collecting a bunch of stupid items.

Imagine: Wedding Designer really brings incredibly little to the table, as the basic gameplay goes a little something like this: “Click something. If the bride avatar smiles, keep it. If she frowns, repeat step 1.” So, it isn’t so much about wedding designing as it is about countenance watching, which makes it less of a game and more of a time-killing chore.

There was one part, however, that made me laugh a lot. This was when I went to what I can only assume to be a child shop, and I was deciding what child to purchase as my ring bearer. I am presented with three children: one white, one black, and one Hispanic. The bride smiles at the white and black children, but once I motion to the Hispanic child, she makes a face like somebody who just bit into a sour turd. When the only difference between the children is race, it can’t help but seem that the bride is just a giant racist who feels that the only Hispanics at her wedding should be the ones who clean up the event hall afterwards.

The audio and visuals in this game don’t exactly pick up the slack for lackluster game mechanics. Character models look like MS Paint garbage, and the music is really something to behold. I’ve ridiculed bad keyboard noodling in games before, but, oh man, I’m not sure some of the stuff in this game can even be considered music:

Top of the Heap: 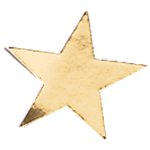 Whenever I sit down to write a “Top of the Heap” article, I always try to think of a topic that would yield really bad games that I can take cheap potshots at. Unfortunately, what I always forget is that I’m going to have to go through the humiliation of publicly declaring one to be the titular Top of The Heap at the end of the article. This is no exception. Imagine: Fashion Party is the Top of this Heap not because it is good, but because it is slightly better than slutty equines, paper emulators, random item collection, and racist weddings. Bravo, Imagine: Fashion Party. Bravo.

Why? What's wrong with controllers? Why can't we just use controllers?!Twisted Pixel, purveyors of such downloadable games as 'Splosion Man, Comic Jumper, and [name redacted because they're afraid Ca