As is GameCola tradition, we’re celebrating October 1, The END DAY. We’ve reviewed the game. We’ve played both the original NES version and the Game Boy Color version. We’ve blindly raced to the Opal Statue. We’ve podcasted a pen-and-paper RPG reimagining of the story, and we’ve even written (and then dramatically read!) fanfiction about the game.

… And we’re kind of running out of ideas.

To maintain the tradition without too much pressure, we’re taking it easy this year and only livestreaming the game in its entirety. 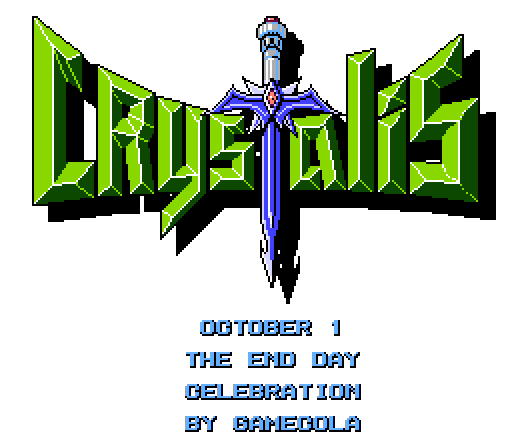 Today, at 2 PM EST! Join us on Twitch as Joseph Martin beats Crystalis with guidance from Alex Jedraszczak and moral support from various guests! The fate of the world depends on it…if you have four to six hours to spare watching someone play a videogame from over 20 years ago.

*SIGH* ANOTHER MONTH AT GAMECOLA, LOOKING AT OBSCURE GAMES