Mega Man follows the adventures of a man who is mega. Well, actually, he’s not a man. He’s a robot. And the robot bosses he fights are all bigger than him, so he’s not very mega.

Who came up with the title for this game, again?

In any case, Mega Man is a very difficult NES platformer, and we’ve got a video walkthrough for it, played by staff writer Michael Gray. But since playing the game on the NES isn’t difficult enough, he decided to play it on the GameCube, where you have the added difficulty of poorly-designed controls that make no sense. 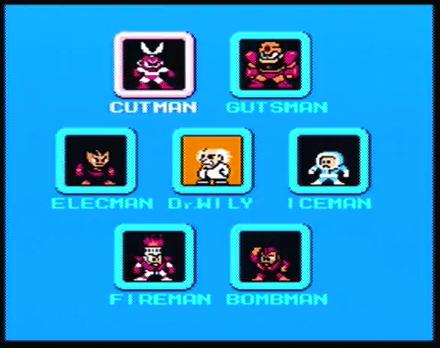 Michael plays through the game on “Navi Mode,” which means Navi shows up every two minutes or so in order to give you advice on what to do. Navi in this game happens to be Dr. Light, Mega Man’s creator, and his hints are as unhelpful as they are poorly translated (sample hint: “There is a higher enemy above this!”).

The walkthrough is nine videos long, so to give you an idea of what it’s like, here’s every third video:

Those of you who are interested, feel free to check out the complete video playlist here. And if you can’t get enough of Mega Man on the GameCola YouTube page, don’t worry; rumor has it that Mega Man will appear in an upcoming video made by staff writers Paul Franzen and Captain Eric Regan. We’re not allowed to say anything more on the subject now, except for “Stay tuned”…

Hello everyone, and welcome to Inside the Guide: the column in which I discuss a particular videogame and writing a guide for it. This month's game is Where in Time is Carmen Sandiego?. For those of