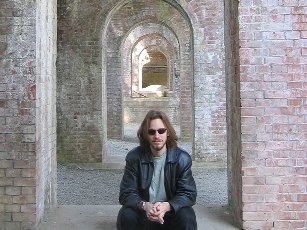 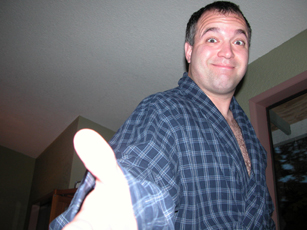 Jeff Lait is an independent videogame developer and the creator of the Game Boy Advance/DS roguelike Powder, which David Donovan reviewed for GameCola last month. He’s also a participant in the Seven Day Roguelike Challenge, a development exercise sponsored by Temple of the Roguelike for developers to design and code functional and fun roguelikes within just one week. You can check out his entry for this year’s challenge, Smart Kobald, here. You can also learn more about Jeff’s work at http://www.zincland.com/powder/. This is Jeff’s first appearance in “Versus Mode.”

Jeff Lait: One temptation is to discount the 3DS as part of the general 3D fad. However, I think this form factor may actually be the most practical one for a 3D display. Larger screens need glasses or force you to stay in a certain view angle.

I don’t have an answer to that, but look forward to seeing if Nintendo does.

Ed Kuehnel: The 3DS certainly does sound awesome. Hopefully developers will continue to make and port cool 2D games to the platform however, as in my opinion that’s a big plus in owning a handheld.

It looks like Sony is going to introduce a new smartphone as well as a tablet that can play their games so it’ll be interesting to see how long they decide to remain in the handheld market and which strategy pays off in the long term. One thing’s for sure: never bet against Nintendo.

2. Episodic gaming is the way of the future.

Jeff: Episodic gaming is excellent for content-heavy games. It provides an easy way to provide the initial experience at a discounted (or free) price point but still collect from the serious players.

I’m not certain why episodic gaming is considered new—almost every shareware game ran under this model and expansion packs have been around forever.

Episodic gaming is not the answer for all types of games, however. Many types of games don’t fit well with an episodic model—you can’t have half a chess set, for example. You also face a naturally diminishing market. The purchasers of chapter 10 of your game will always be a subset of the purchasers of chapter 9. Resetting the series can be important to ensure new players have a fresh starting point.

Ed: I’d really like it to be, but I’m not so sure. I was a huge fan of classic adventure games growing up—they’re the reason I became a game designer in the first place. I’ve been lucky enough to work for/with some of the people responsible for those old games and for some of the current episodic stuff being put out and I love playing episodic games made by folks like Telltale Games and Hothead Games, but I’ve also heard from several reliable sources that episodic isn’t a great model for most developers. Not everyone finishes the first episode, so there’s a big drop off in sales with the second and with future episodes.

Telltale is able to make it work, so that’s good news for the rest of us.

3. Square-Enix would be crazy not to remake Final Fantasy VII for current-gen consoles.

Jeff: At what budget?

If they still have the assets in a workable condition, I’d think it would be quite reasonable to run a 2xSai over the 2D and a round of subdivision on the 3D and release the resulting “HD” version otherwise unchanged.

If we are talking about rebuilding the game from scratch then I’d think the money would be better spent on an actually new game.

Ed: Ho ho! Would they ever! “Insane” is more like it! I…I’ve never played a Final Fantasy game. Ever. I know that sounds like sacrilege but I’ve diddled around with one or two and whatever charm or intrigue they hold for others is completely lost on me.

Honestly, I’m really confused by the series. Most of them seem to be numbered, but aren’t actually sequels. Then they have a million spin-offs with weird names and are they supposed to be about people or about fairies and animals and stuff? I went and saw the movie Final Fantasy: The Spirits Within and there was just people in it. I actually thought it was pretty good.

4. Minors should have limitations on how many hours per day they can spend playing videogames.

Jeff: I think becoming unhealthily obsessed with something is a healthy behaviour for a teenager. Usually it runs its course in a year or two, leaving the person wiser, like in larval stage programmers.

That said, we all should have limitations on how long we play videogames. These limits, ideally, should be self-imposed. For minors who have not yet learned discipline, parental guidance may be needed. I am strongly opposed to the government being directly involved, however.

Game designers should involve themselves in this issue too. Games should provide natural stopping points. In-game tools should help users limit their play.

Ed: Interesting topic because I’m going through this now as a parent of two young boys, ages six and a half and five, who LOVE videogames. They’d play them all day if they could and it’s my job as a parent to set firm limits, using videogames as a reward for positive behavior and also to play in front of them whenever I feel like it because I’m a grown up and can do whatever I want plus it’s for work because that’s what I do and I pay the bills around here, goddamnit.

The situation in Korea, which I assume to be more about young adults, is different. The real enemy there isn’t videogames but compulsive behavior being used to soothe and medicate. Such behavior can be channeled into anything: sex, drugs, alcohol, booze, shopping, gambling, fantasy escapism, work, exercise, thrill seeking, food—even videogames. Any of those things taken in small amounts can be fun or even good for you, but when you use them to drown your sorrows the human brain can quickly develop an addiction to them.

Tackling the symptoms alone won’t do much. The compulsiveness simply gets channeled elsewhere. If I were a health professional in South Korea I’d want to look more at the root causes of the behavior. Do the youth there not feel like they have a future? Are they living under a high degree of stress? Sure you can pass a law forbidding someone playing videogames for thirty-six hours at a stretch on a routine basis, but it would be better if you didn’t have to.

5. GameCrush is the worst thing ever.

Jeff: There are two ways of reading this. The first is as a themed phone-sex service. How, then, is this any worse than any other phone-sex operation? Certainly ends up on my list of morally dubious businesses, but hardly the worst thing ever. 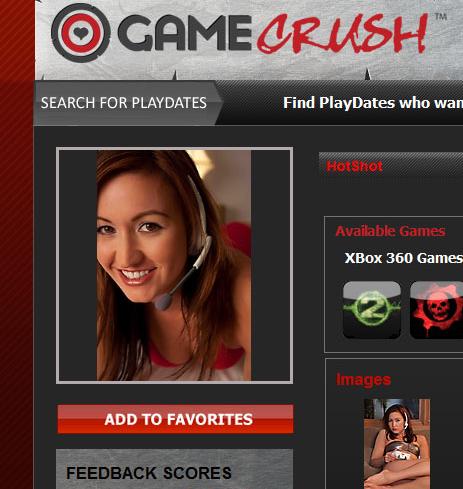 The second is more interesting—that it is a videogame matching service. Let us ignore the sex angle a moment. What if it were offering to match you with expert gamers, so you’d be guaranteed a good game and some useful tips? A videogame equivalent of a golf-pro? Would paying to play with a pro-gamer be such an offensive idea? What if, instead of that site’s model, we had a game server which charged $10 cover to men but let women play for free, thereby ensuring a “better” mix of players?

I think gamers are being very self-conscious in their rejection of this idea. They see the existence of a phone sex for gamers as an implication that all gamers want/need phone sex. This is a logical fallacy. Instead, they should invert the argument, and note that it is wonderful that gamers are such a diverse group that it can support its own themed phone-sex line.

I’m happily married, but there are times I wish I could play wingman to the world. There are a lot of lonely hearts out there. Don’t give up! Don’t use this service!

"A text-based game with text that is extremely difficult to read."