Every now and then the promise of a sub-$3 game will overtake me and I’ll browse through the Xbox Live indie game selection to see what’s available. Though, I usually stop looking after seeing a never-ending list of games like:

But then, a shimmering beacon of hope emerged with Zombie Sni–OK fine, it looked like pretty much more of the same. Even the name threw up some red flags; the “3D” in the title nowadays implies red-and-blue glasses type 3D, but it actually refers to the game being rendered in 3D rather than 2D, something that hasn’t been noteworthy for about 15 years and is like seeing an advertisement for Iron Man 2: In Color. And, since we’re talking about those 3D graphics, I will say that my first reaction to the game’s overall style was something like “OH GOD, KILL IT WITH FIRE!”, a reaction previously only reserved for viewings of Exit to Eden. Character models are crude and colorless (yes, zombies are pale, but not slate gray), animations are stiff, and zombies fall over like logs.

The audio is no treat either, with the soundtrack consisting of three grating techno-rock songs that seem to set a much more hectic pace than really fits with the game. Sound effects are done well, though you don’t really need much more than “bang,” “crash,” “ughhhh” and “chomp.” Easily, the worst thing about the audio is the mix. Music is low volume, most sound effects are mid-to-low volume, and when zombies crash through the door, it’s extremely loud to the point that if you have the volume low enough so that this one sound effect isn’t deafening, then you end up not being able to hear anything else.

As for gameplay, you start off on a balcony with a sniper rifle—no surprises there for a sniper game. Scattered crowds of zombies are making their way to the building you are sniping from, and you have to pick them off one by one, earning money for each kill, which is used to buy more ammo. You stop killing, you stop making money, you stop getting bullets, your brain becomes brunch. This is a simple but good gameplay mechanic—it keeps the game flowing.  Unfortunately, this is where the wellspring of ideas ran dry, as the entirety of gameplay is “shoot zombies, check your back, repeat until you die.” Moreover, despite the incredibly minimalist approach, there’s still a lot of issues. The game is choppy for the first few seconds every time you start a new game, and if you shoot a zombie anywhere other than the head or upper torso, it does absolutely nothing. Leg, arm, neck—nothing. Now I understand that if the point of the game is to snipe accurately, you wouldn’t want to reward a player by making the zombie drop dead when shot in the hand, but all I’m asking for is acknowledgment from the game that I did, indeed, shoot that zombie, even in a non-lethal area. Something simple, like a bullet hole, or if the zombie jerked a bit, would suffice.

Since indie games can’t have official Xbox Achievements, ZS3D offers in-game medals. Medals are awarded for kills, head shots, body shots, time played, etc. Even the medals in this game seem to be a bit off though, with one of the more ridiculous ones being a medal for killing five-million zombies. This is either a joke achievement or the developer had really, REALLY high hopes for this game. I would estimate that getting that many kills would take at least two solid years of playing with no breaks for food, drink, bathroom or sleep. Frankly, this game didn’t have enough of a hook to draw me in for two solid minutes, and only the obligation of playing enough to be able to fairly judge the game for this review kept me going.

Overall, Zombie Sniper 3D suffers from one of the biggest problems that plague indie games—it lacks any raison d’etre. There’s really nothing to the game; you stand on a balcony and shoot a bunch of zombies that walk like they’ve got pants full of turds, and that’s it. Now don’t get me wrong, I enjoy a good simple game and I enjoy a good zombie hunt, but this isn’t really a game—it’s a time-killing activity that should have gotten the axe in the conceptual stages. The problem is that people think they have a good idea for a game when they really just have a good idea for a gameplay mechanic. Shooting zombies to get money to get ammo is a good mechanic, but it’s not a game in itself. Jumping on goombas was a good game mechanic, but if Super Mario Bros. was just an endless conveyor belt of goombas you had to jump on, then SMB would have been shitcanned at the pitch meeting and Miyamoto would be selling pencils out of a coffee mug on the streets of Kyoto.

But, the real question here isn’t whether this is a masterpiece of gaming—we all knew it wasn’t coming into this. The question is, is it worth the 80 MS point ($1) asking price?

Despite the svelte price, I still say no. Why? Because all these things cost a dollar or less and are better: 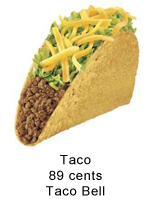 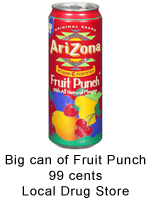 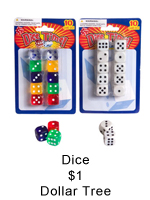 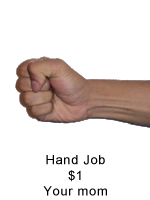 Do you have what it takes to be rubbin’ it with us?