As a casual gamer, I do not have super-high standards. There are basically only three things I want to see in a Nancy Drew game:

Simply put, this game delivers on all three accounts, so I like it. 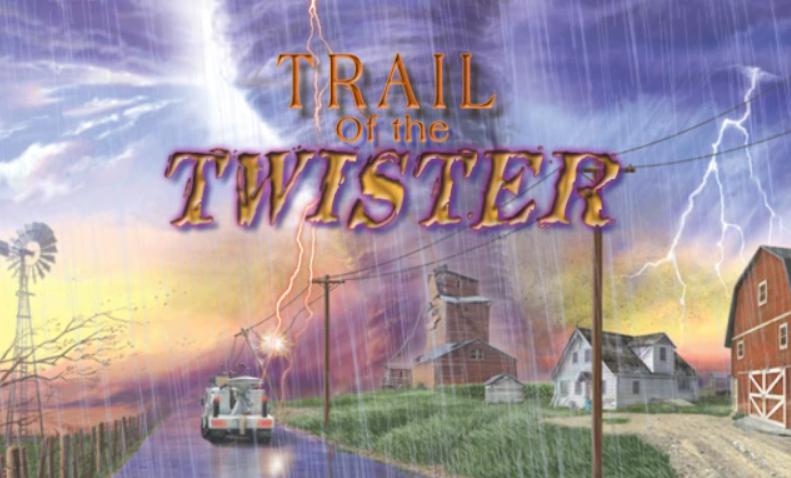 The game takes place in Oklahoma, with a crew of tornado chasers. They’ve been having a series of mysterious accidents, and Nancy has been called in to investigate, which is Standard Nancy Drew Plotline #4. Can she find out who is behind all the sabotage?

Shocking plot twist: Yes, she can.

There are five suspects in this game: Scott, Debbie, Chase, Frosty and Pa. They’re OK as far as characters go, but I don’t really like or dislike any of them. None of them really stick out in my mind. Maybe I’m just weird, but my two favorite characters in this game aren’t actually characters in the game. I like P.G. Krolmeister, who you can call but never see, and Brooke Savannah, who you overhear while snooping in a museum. Krolmeister is funny, and Brooke is mysterious, and I like ’em both.

I want to say more about the characters, but I’m afraid of giving away spoilers like “the culprit ends up being Nancy Drew’s Aunt Eloise.” So I’ll be vague and say that every character is hiding some kind of secret. Nancy learns out about all these secrets, thanks to her awesome detective skills, then she jumps into Sassy Detective Accusation Mode™ for a series of dramatic confrontations that are fun to watch. It’s pretty awesome.

Some critics have complained that the plot is bare-bones, and the characters exist just to give you puzzles to solve, instead of being necessary to the plot. My response? Awesome. I love puzzles. The more puzzles the better. And besides, the characters tend to be minigame/puzzle dispensers in every Nancy Drew game, so it’s not like their penchant for puzzles in this game is something new.

The plot has many abrupt turns, in that one day you’re going along, doing your thing and solving puzzles left and right, and then, BAM! You’re chasing a tornado with no warning whatsoever, and you’ve got to move quickly or else it’ll destroy Auntie Em and Uncle Henry’s farm. It’s a very dramatic way to shake things up. Personally, I think of this as grand metaphor for life in general. Life is like a hurricane…here in Duckburg. Race cars, lasers, airplanes: it’s a duck blur! You might solve a mystery, and that’s exactly what Nancy Drew does.

My favorite part of the game is not investigating the mystery or solving puzzles; it’s turning on the broken TV and catching up with Detective Beach. This is officially my new favorite TV show.

Announcer: Previously on Detective Beach…
Chief: You’re a loose cannon, McNorton! I want your badge and your surfboard on my desk immediately!
McNorton: Only one man would be crazy enough to use a shark to rob a bank…you’ve got to let me back on the case! 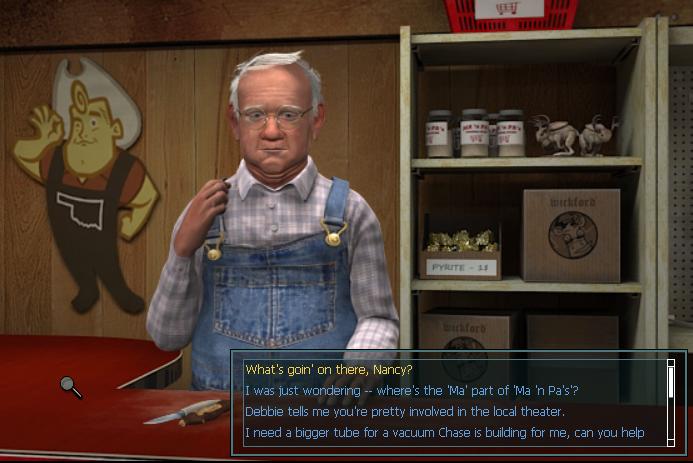