I will tell you this up front: I do not like Halloween. I do, however, need a topic for this edition of “Flash Flood,” the column where I review Flash games and videogame-related Flash animations and make HILARIOUS JOKES about them. See, you can tell I’m a funny guy because I write things in ALL CAPS, and ALL CAPS is FUNNY.

You know what else is funny? Zombies. Oh, those hilarious zombies! Look at them gnawing my arm off! Ha ha! I have a shotgun—who’s laughing now?  ::click::  Right, the zombies, because I’m out of ammo. Ha ha haaaaagrarghflhaahdsnack.

Yes, zombies will be the theme of this month’s column, because today is Halloween. Also, if I help to oversaturate the public consciousness with zombies, maybe we’ll get sick of them and start talking about other monsters that don’t gross me out so much. I’ll settle for almost anything—ghosts, hydras, kelpies; you name it.

So, get your zombie fix here, and then next time I can discuss something less gruesome that doesn’t wear your heart on its sleeve.

Here’s how my rating system works, in gory detail:

5 = Awesome. You’ll still be thinking fondly of this one 28 days later.

4 = Very good. Tell your friends, and it’ll be all The Rage.

3 = Not a star, but does fall under the umbrella of good games.

2 = Decent, I guess. Some of the ideas could use a little more fleshing out.

0 = Rotten. Better leave this one for dead.

Creator: Tool Of The System

Description: It’s what EarthBound would be like if Ness and his friends had to fight through a town full of zombies. WHAT DO YOU MEAN IT’S ALREADY LIKE THAT? 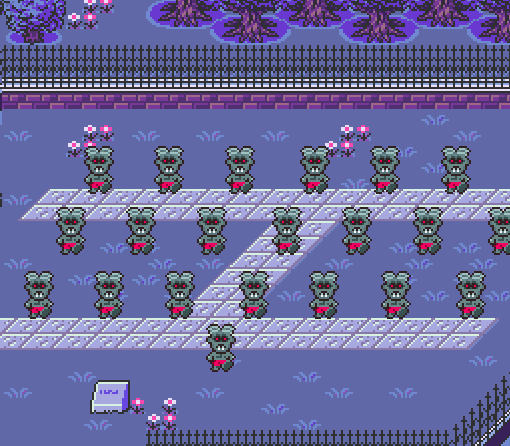 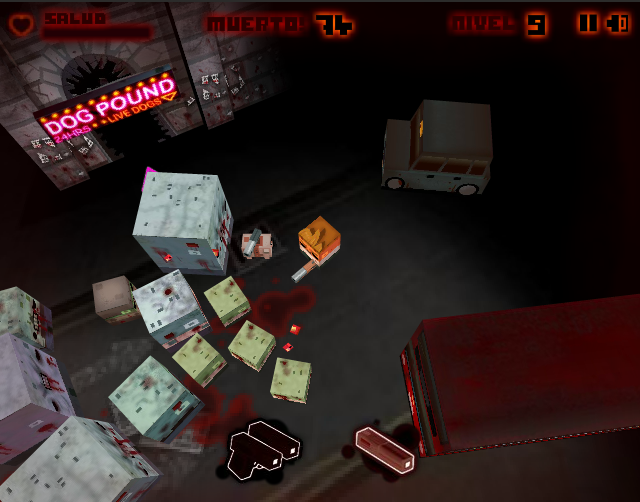 Review: “Simple to learn, challenging to master” is my videogame maxim of choice…the only problem is when “challenging to master” comes from controls that spin out of control any time you exit a shop or get bitten by a boxy dog. Look, I like pulverizing orthogonal undead as much as the next guy, and the unlikely-to-occur-in-real-life system of using zombie kills as a currency to upgrade your weapons works pretty well. However, it’s only fun for your controls to lock up and your avatar to uncontrollably start shooting at parked cars if the name of the game is, “Shoot Uncontrollably At Parked Cars While Being Eaten By Square Zombies.”

Verdict: 2/5: If it were just a matter of the controls locking up and making the game utterly unplayable, I might could live with it, but clicking upwards of 400 times per minute just to die anyhow is unfair to my mouse.

Description: Have you played Metal Slug? I haven’t, but I swear this is exactly like Metal Slug. 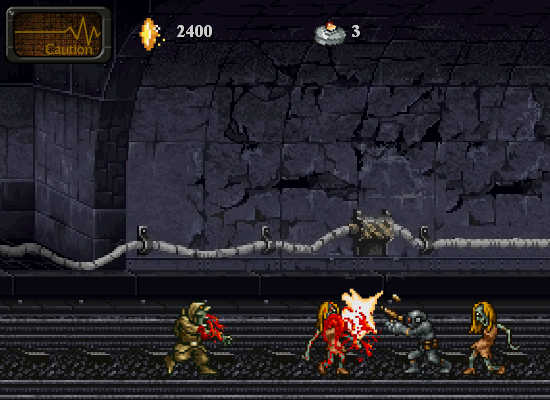 Review: Didn’t I just tell you I’ve never played Metal Slug? How the heck am I supposed to know whether or not I like it? Oh. This game. It’s Big Pixel Zombies in the style of Metal Slug, I promise. With better (I.e. functional) controls.

Verdict: 3/5: It’s not the rampant gore so much as the Endless Zombie Hordes™. It’s fun for a little while, but there’s really nothing to do but run left, run right, and get eaten to death. For a survival horror game, it feels suspiciously like they don’t want you to survive.

Description: Your ugly neighbors are revolting. They’re also shooting at you for some reason. 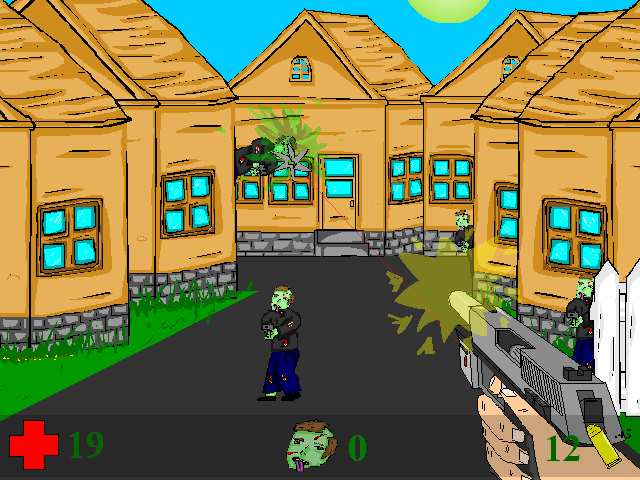 Review: I’m not sure how this game got on the list, because I didn’t see any zombies during the thirty seconds I could tolerate playing this game. The only thing I can come up with is that you are the zombie, attempting to mow down an entire neighborhood of cloned uglymen (one word) using the only gun in the world with a conscience, a gun that sabotages any attempt to kill a living being by trying to leap out of your hands whenever you pull the trigger. I’d sooner put my money on the broad side of a barn hitting you.

Verdict: 1/5: Maybe this doesn’t deserve a 1/5. Maybe the game I played was a problematic out-of-date version. Maybe we need to expand our definition of “zombie” to working-class ugly neighbors with handguns.  Maybe you’ve spent more time reading about Zombie Attack than the creator spent making it.

Escape From Zombie Town: The Beginning

Description: You’ve sought the secret of Zombie Town, thwarted an evil zombie pirate’s revenge, and reversed the curse of Zombie Town. Now it’s time to run around in circles trying not to hit anything. 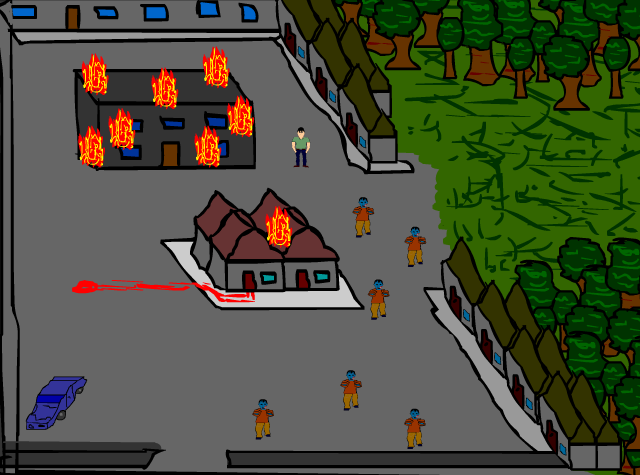 Review: Graphics rarely have a significant impact on my overall opinion of a game—beauty is only screen-deep, as they say. The only thing I really care about is the gameplay…unless, of course, you can bribe me to think better of your lackluster gameplay with a killer soundtrack. So it is with this game: really not much to write to your zombie-infested home about, but I kept playing just to listen to the music longer.

Verdict: 2/5: I had enough fun to give this game a 3/5, but I’m objective enough to recognize that I had just finished playing Zombie Attack before I started this. That’s bound to affect my judgement somehow. Also, does anyone know how I got this tattoo?

There, I’ve met my quota. Are you sick of zombies yet? No? Just my incessant ramblings? That’s fine; I was just about to leave, anyhow. I have to go gather up my slammers to prepare for the impending zombie apogcalypse.

Big month. Lots accomplished, and then a BIG SURPRISE ENDING!! Read on! (Or go read testgame.exe, because someday it will be the greatest game in the Cosmos. It will!) February 1 40th level and I'm s