Guitar Hero. We’ve all played it. We all know what it’s about. That saves me twelve paragraphs. There’s still that feeling of “we had this exact game last year” in Warriors of Rock, but there’s one mode that makes it so much better this time around.

Normal Quickplay is gone, but please don’t mourn its passing, because in its place is something a hundred thousand million times better. Quickplay+ mode, if you’re a competitive sod like me, is going to rule your life from now on. In Quickplay+ mode, each song has three challenges for each instrument (things like score earned during star power, note streaks, or star power banked), for which you can earn stars alongside the six possible stars for getting a Full Combo (F/C) on a single song.

If you F/C the song and complete all challenges, you will net a whole fifteen stars. The stars you earn go toward you leveling up the ranks (similar to earning cash in World Tour and its “clones”). As you level up, you unlock new art galleries, cheats, instruments, and clothing for the Rockstar Creator.

Having the setlists from the exportable Guitar Hero games means a much larger library to pick from in Quickplay+. As such, there’s many more songs and many more challenges. An Avatar award for earning one-and-a-half thousand stars makes collecting them very addictive, and now I understand what MMO players find so gratifying in leveling up! 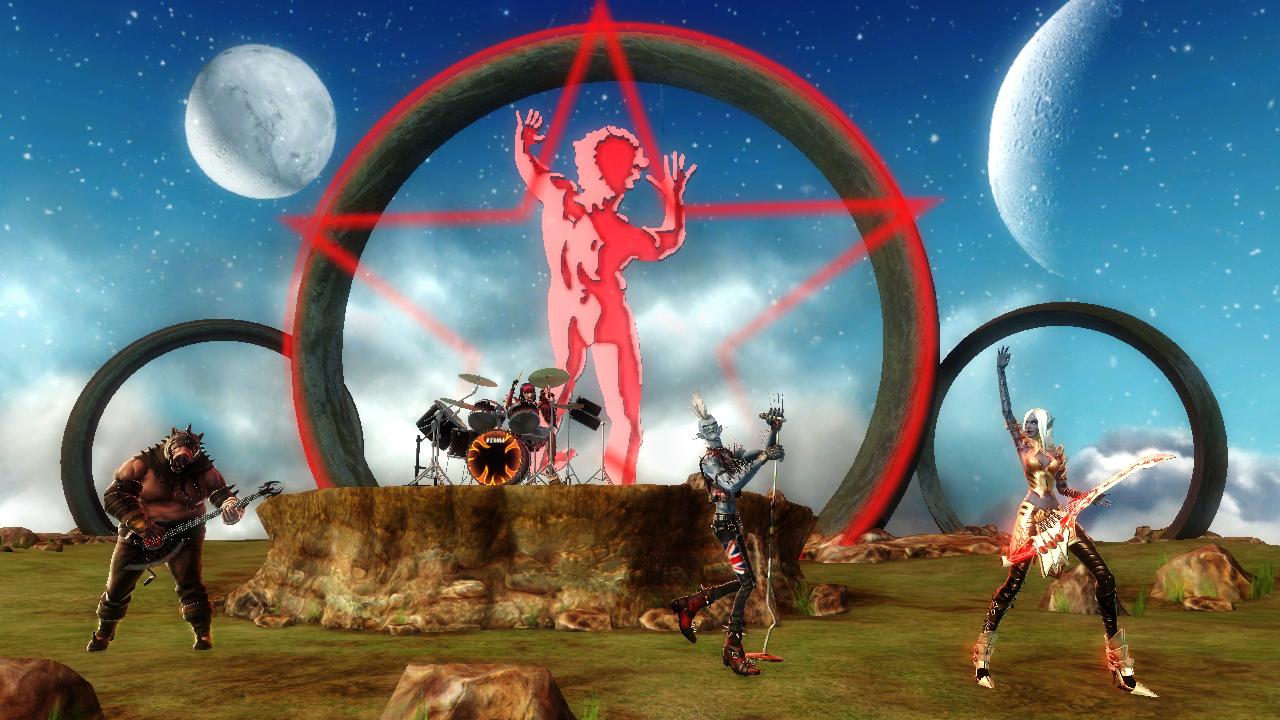 Finding your friends’ scores and beating them, or even your own, is habit forming. You play a game of Seek and Destroy, eying up your enemies’ scores and obliterating them. It is absolutely hooking. Scores registered on Guitar Hero 5 and Band Hero remain in-tact, so you can jump straight in and beat your old scores, or even those your friends have posted, or even those of random Internet people you don’t even know. You can also share all your silly little victories on Facebook and Twitter, or post a message over Live directly to the friend whose score you just opened a can of whoop-ass on.

The Quickplay+ mode is seemingly ignored by all promotional material, but it seriously is the mode worth owning the game for.

The new Quest Mode is a neat little excursion, too. It is a combination of the career modes from Guitar Hero World Tour and Lego Rock Band, but with one difference—super powers. It sounds lame, I know. I’m not going to focus on this mode too much. If you liked the Rock Power Challenges in Lego Rock Band, then you’ll like the feeling of Quest Mode. Rush’s 2112 is absolutely breathtaking, and the Megadeth trio of songs are great fun to watch, but aren’t we supposed to be focusing on the highway instead? Especially seeing as those songs are lethal. 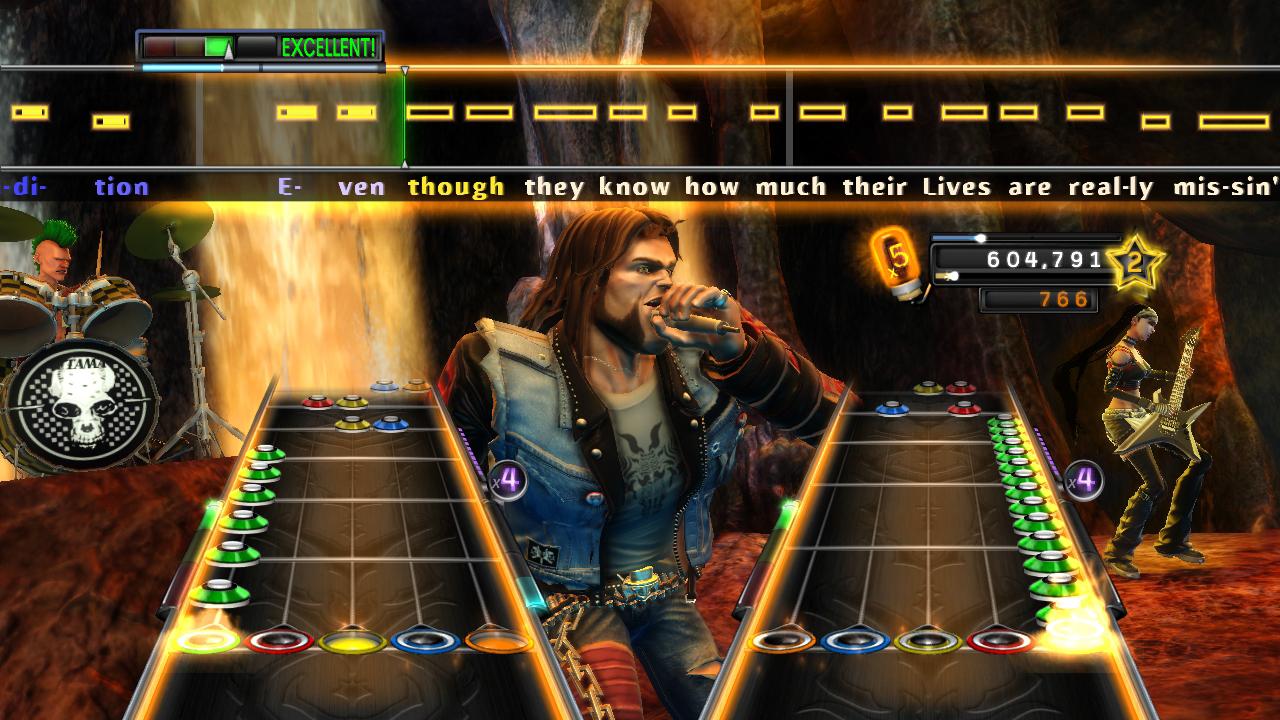 The Quest Mode does drag on a little, but it carries the bulk of the Gamerscore, so who’s complaining, right? It’s a great mode, but it’s not the mode everyone should be talking about. Quickplay+ easily outshines the Quest Mode.

The majority of DLC for Guitar Hero 5 and Band Hero is supported by Warriors of Rock, including the World Tour content with the associated patch data. As far as the whole “music library” thing goes, getting Warriors of Rock for the purpose of turning your Xbox 360 or PlayStation 3 console into a backward compatible DLC machine is quite frankly awesome, and probably the best reason for getting this game.

If you have friends who play Guitar Hero, then you have a massive amount of extra play-time waiting for you. If you’re unsociable, you’d better join a Guitar Hero forum and make yourself some Internet friends with whom to do battle. The true replay value of Warriors of Rock is battling others and making your way up the ranks. If you play a lot of Guitar Hero, and so do your friends, then there is a lot to be had in this package.

If you don’t, however, then I can’t say there is really that much. There are good songs (some of which you definately will not have heard of), and there are some frustratingly malicious Expert charts for shredding your digits to. The songs definately focus mostly on guitar and bass this time around.

Too bad it’s still pug-ugly, the drums/vocals suck, and there’s too much indie. Yes, one indie song is still one too many. It isn’t even going to compare to Rock Band 3, but Warriors of Rock is a great game. I have said my piece.

In a previous Q A session, we looked at the greatest achievements the staff have accomplished. But, not all goals are achieved in life. Sometimes we set the bar a little too high though and go for the