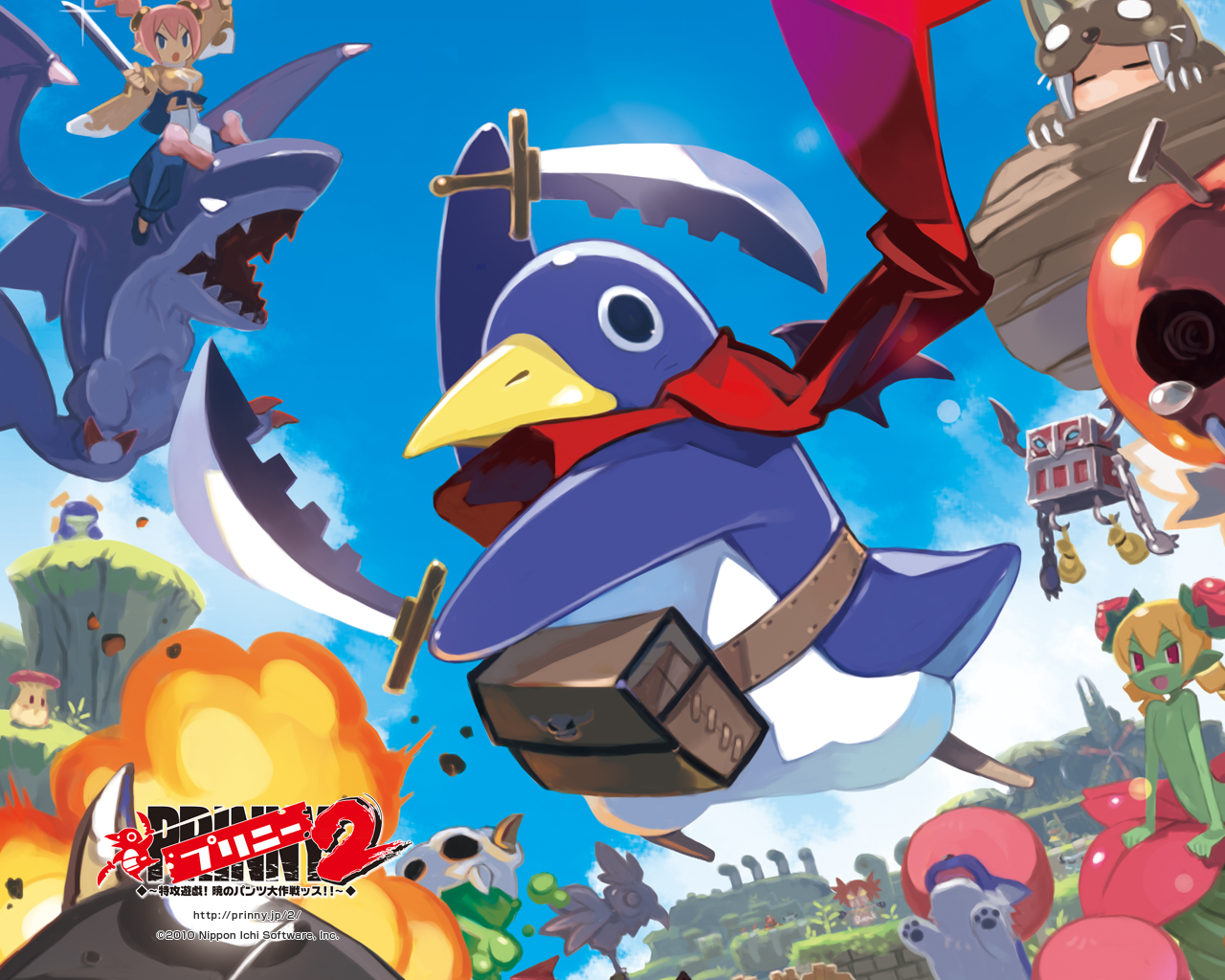 In order to accommodate Paul Franzen the entire GameCola Staff people who are less good at videogames than others, the new Prinny game, which is seriously called Prinny 2: Dawn of Operation Panties, Dood!, will offer a “Baby” difficulty setting, which is presumably easier than their normal difficulty setting, called “Yeah, Right.” This is in response to players who felt that the first game was too difficult, even though it gives you 1,000 lives by default. (This is actually Nippon Ichi’s second response to such complaints. Their first response was to call the WAHmbulance.)

This is, of course, great news, because now, everyone will be able to help Prinny, the magically possessed demon penguin from HELL, try to reclaim his master’s lost panties. Also, according to the above concept art, flying sharks are somehow involved.

Prinny 2 is the sequel to Prinny: Can I Really Be the Hero?, the side-scroller spin-off of the weird-ass RPG series Disgaea, and it’s scheduled to start cutting its teeth on your PSP in January.