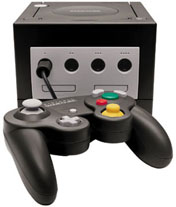 remember him. They may still fear him. They should, for Mid-Boss has returned to strike where he is least welcome. With a false sense of security you have journeyed through, only for Mid-Boss tostrike and wear you down, depleting your valuable resources. However, Mid-Boss is a benevolent force, willing to accept those who will hear his decrees and react in kind.

In his time on this planet, Mid-Boss has seen gaming generations come and go, much like the ball in a particularly fevered game of Arkanoid. He has witnessed the phoenix-like resurrection of Nintendo, placing it back in the coveted position it occupied back in the 80s as both saviour and market leader of the games industry. Of course, Mid-Boss uses the word “saviour” in a purely financial sense. He does not particularly care for what Nintendo is doing to the industry that it helped forge. They are neglecting their old guard, the ones who bought their pitifully under-sold GameCube console, the ones unto whom Mario, Samus, and Link bestow real wonderment, that sense of discovery that kept the NES burning until the early hours in their childhoods. Those who are disgustingly referred to as “hardcore gamers.”

It seems that Nintendo’s sense of fun has been compromised by its desire to be accessible, with risible, pointlessness like the regressive Mario Kart Wii tainting the shelves. Indeed, it has entered the realms of what Mid-Boss can only describe as scamming, what with Wii Fit’s deceitful claims of genuine physical feedback as a result of prolonged play. Mid-Boss has a hint for all you fat gamers who justified the expense—turn off the Wii and hit the gym! It is entirely the fanboys’ fault that Nintendo’s patronising shenanigans go unchallenged—if Shigeru Miyamoto took a dump in a shoebox and marketed it as Wii Shit, it’d sell eight million copies and receive glowing reviews from the completely interchangeable rent-a-personality sheep who frequent gaming forums. “I particularly enjoyed the unlockable flecks of sweetcorn buried deep within the main body of the excrement,” posts one xOxSAMUSxOx on the Mid-Boss’s fictional discussion board. Incidentally, xOxSAMUSxOx’s avatar is a recolored sprite of Ridley that has been renamed BioRidley and alleged to be an entirely new character.

Even more bafflingly, Mid-Boss has recently learned that the Big N plans to re-release several of its old GameCube games on the Wii with few additions besides Wii control support. However, that isn’t the confusing part—the real source of Mid-Boss’sincredulity stems from gamers’ blithe acceptance of such blatant cashing in. If Reggie himself punched their mothers in the face, it’s almost as if they’d smile and offer him a Mountain Dew. 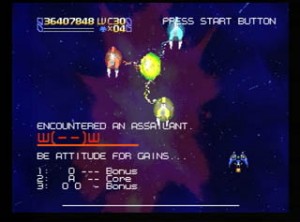 Mid-Boss has had enough. Come on, gamers; open your eyes and stop sucking on Nintendo’s bitter, bitter tit. Bite down hard. Give them hell. Make Nintendo’s condescending areola bleed. If Mid-Boss doesn’t see evidence of this before the next issue, he’s coming to your house. Don’t think he won’t.

BE ATTITUDE FOR GAINS.