I have now finished Chapter Three of, I dunno, eight? Professor Layton and Luke have been having some crazy adventures in the future.

Instead of meeting with our heroes right away, which is what any normal person would do, Future Luke decides to string them along for a half-hour. The “super important” thing he wanted them to see at the hospital? It’s Professor Layton’s car…and it hasn’t been used for years. Plus, they met Marty McFly. This is undeniable PROOF that they are in the future.

Along the way, Professor Layton catches a glimpse of a woman who looks like his old girlfriend, Claire, and there are cutscenes/flashbacks of Layton and Claire flirting with each other. It’s sort of like normal flirting, but more British. (“Claire, darling, did anyone ever tell you that your tea and crumpets are absolutely cricket?”) The good Professor is completely unnerved at seeing her again, but we have’t been told why yet.

Our heroes finally meet up with Future Luke, inside a casino run by “The Family,” a gang of 50 identical-looking mobsters. Future Luke and Professor Layton have a puzzle showdown, then Future Luke explains…

The future is horrible, Professor. Scotland Yard was destroyed years ago, and The Family now runs London. It all started when the Prime Minister disappeared, and an evil genius took his place.

An evil genius? You must mean Don Paolo! 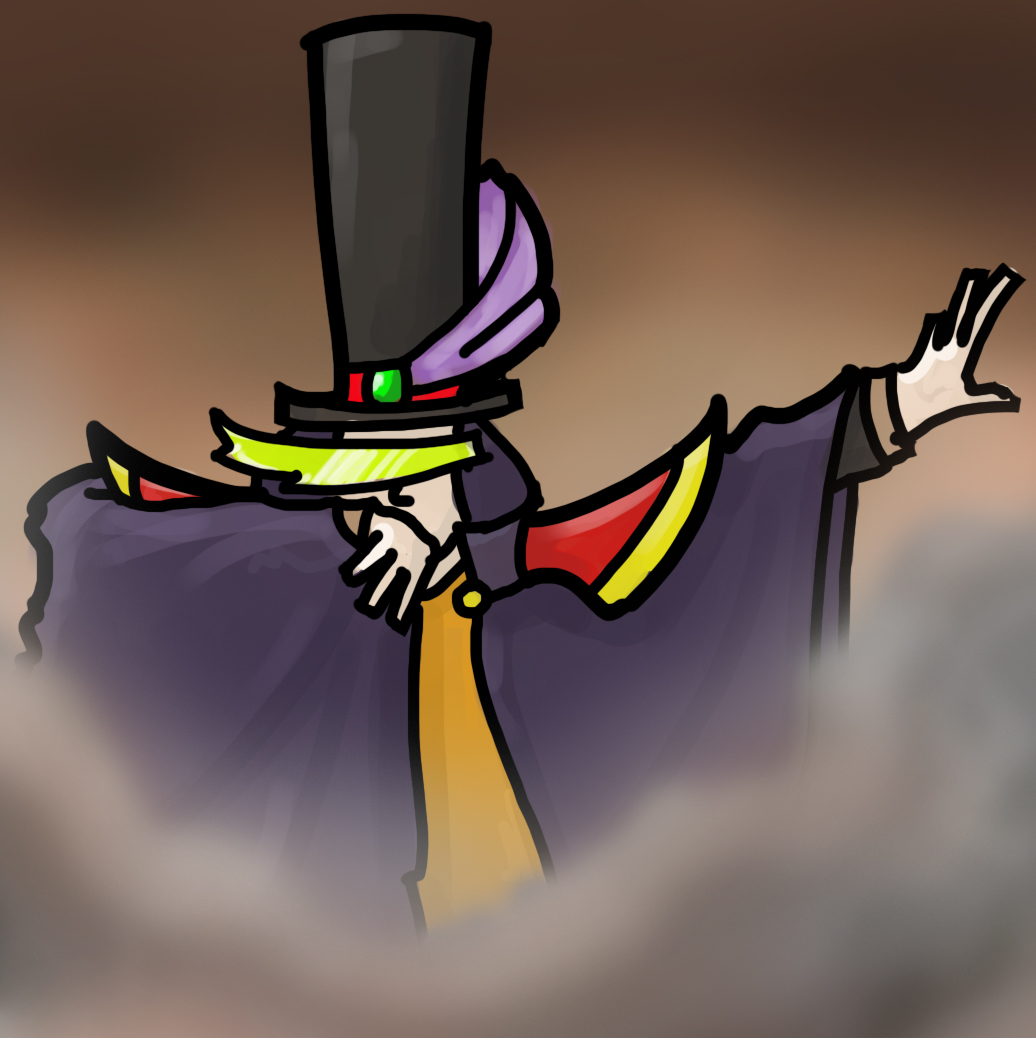 An artist’s depiction of Evil Professor Layton (from the FUTURE).
Picture by Colin Greenhalgh.

At this point, The Family bursts in, and they machine-gun the casino in order to kill Professor Layton and the two Lukes. It was a surprisingly violent cutscene, to be honest. Professor Layton got out of the dangerous situation by making a slot machine gun that shoots out tokens when you pull the jackpot lever (unlike real slot machines). The gangsters all screamed and ran away, because tokens hurt.

Professor Layton and the two Lukes then go to Chinatown, which is Future Layton’s headquarters. Our heroes are surprised to find out that there are guards outside the building. So they can’t get inside. Darn!

Michael’s Theories About the Plot So Far:

Next up, it looks like our heroes are going back to the past to talk to Inspector Chelmey! Because, for some reason, Professor Layton thinks that Chelmey has something important to say, even though Chelmey’s role in the series is comedic relief.