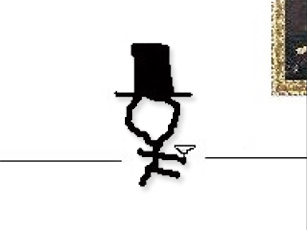 Matthew Fraser is a former GameCola staff writer who used to write fun themed reviews way back in the monthly-issue era. This is his second appearance in “Versus Mode,” having written previously with Andrew Raub.

Jeff Day is a current GameCola staff member who writes “Gamera Obscura,” a monthly column that examines super-obscure videogames that you’ve never heard of. He’s also the co-owner and co-author of random.access, a hobby site that features videogame, music, and movie reviews. This is his third apperance in “Versus Mode,” having written previously with Meteo Xavier and in NewbieMania II.

1. Online games should include a mode for not playing with teenagers.

Matthew: I’d love to have an option to kick someone if they say “faggot” more than once (and not in referring to a bundle of sticks), or if their voice breaks over a certain pitch. Or perhaps a filter for anyone who has more than one X in their name—yes, I’m looking at you M4St3rxxxChI3FzZ201.

It’d be awesome to have a maturity filter, but Skynet hasn’t been born yet so I doubt we’ve got the computational capacity to measure that. So I guess age filters are the only way to do it. But people are always going to lie about their age on sign up, or just enter the older bracket anyway, so it’s a pointless restriction in the end. And yes, get off my lawn.

Jeff: Forget a mode for not playing with teenagers. Let’s take it one step further. Before playing ANY online game, you must undergo a thorough psychological analysis to determine your overall level of maturity, after which you will be automatically redirected to a specific server with other humans of the same maturity level. That way, the over-30 crowd can enjoy a relaxing yet titillating online war while the teenagers can call each other “h4xx0ring gh3y f4g5” and camp excessively. Oh, and the over-80 crowd can try to figure out which key is the “Control” key while debating which was the best film starring Spring Byington.

Matthew Fraser: I doubt this news comes as a surprise to anyone. That’s been one of the largest talking points around 3DTV’s viability—whether consumers are going to accept having to wear those glasses that are more suited to dressing up as Buddy Holly for Halloween. 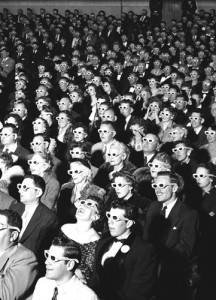 For me, the glasses are uncomfortable enough in the movies, so why would I want to wear them at home? Taking out the comfort factor, most of the time when I watch TV, I’m also doing other things. I’m using the computer, cooking, playing my DS. I’m not going to constantly put on and take off my glasses just to do other shit.

We have no idea what the 3DS is going to be like at this stage, and I’m not sure if I buy that the 3D is going to be fantastic on the console. But if that technology is perfected and adaptable to the 3DTV, that’s when it’s going to take off. The glasses are too much of a roadblock right now.

Jeff Day: Agreed. 3D glasses are cumbersome, especially to people who are already wearing glasses. The things are usually made with crappy cardboard frames. And, worst of all, they don’t work. Have you ever tried playing 3-D WorldRunner for the NES with the 3D mode on and special glasses? Doesn’t work. Who wants to use ’em when they don’t give you any other effect than a headache and/or vomiting? This is why the Nintendo 3DS is going to succeed: you won’t have to look like an idiot while playing…unless you’re playing a Pokémon game and shouting the name of each Pokémon aloud. Then you will look moronic no matter what.

Matthew: Isn’t the whole purpose of a demo to convince the customer to put money down? Not the other way around? The experiment seems to have worked better than I expected it to, and from reports the demo seems to be like its own mini-game in some ways. Even if that’s the case, it just looks like blatant money-grabbing.

It’s like the free sample lady in the grocery store asking you to pay fifty cents for that bite-sized piece of sausage. We’re being asked to pay for advertising. What, we’re going to have to pay to see the trailers before movies now, too? Maybe we should just put a toothpick in everything from now on, because if it has a toothpick in it, it’s free!

Jeff: Whoa, whoa, whoa—they’re making people do WHAT?! All right, if anybody tries to make me pay for a Mega Man demo, I’m going to cut them where darkness squeaks from! Demos are demos. I’ll gladly pay for them, but ONLY if they give me a scalp massage while I play! No scalp love, no deal. Now I understand that these are tough times in our poor, defenseless, lifeless, fragile economy. And many publishers are feeling the hit (did you hear that Nippon Ichi Software’s profit margins dropped 97% this year?), so any way they can rake in a bit of dough, they will try. But we gamers aren’t made of money, either. We don’t leave our houses long enough to earn anything! So keep demos free because…well, they’re called demos. End of story. Go to sleep.

4. Microsoft should have OK’d Privates for XBLI.

Matthew: Microsoft has the right to control what they put on their servers. But this comes off as more prudish than anything else (especially considering other games you can buy for the system). It’s not as if they’re chucking up Leisure Suit Larry or Custer’s Revenge onto their servers. It’s not porn—it looks more like a game of Worms than condom marines.

At least the developers have other avenues of distribution, but this does mean they lose a decent amount of their market. Excuse me while I go play GTA IV and see some neekid ammerikahn tittehs cousin and then go blow her head off with a shotgun. At least that’s within their guidelines. 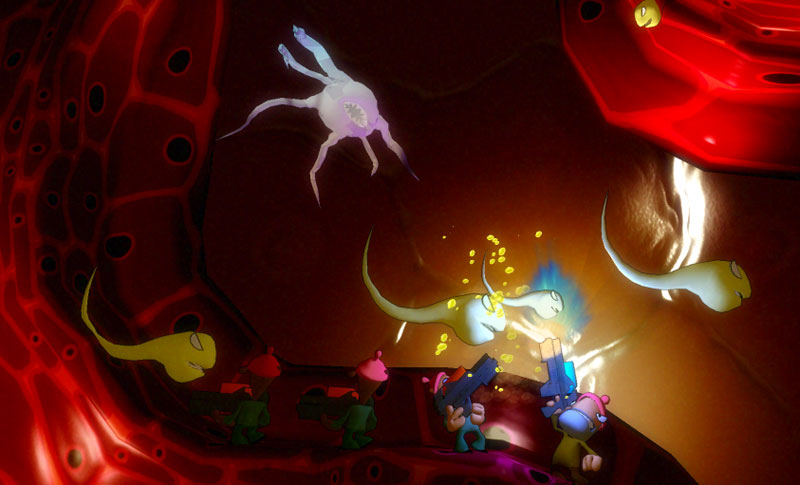 Jeff: What the hell is XBLI? I don’t use it. And Privates? I guess the 360 really IS chock full of first-person army-based shooters.

…oh wait, this is a game called Privates? And it’s about penises and such? Well… uh… yeah, we don’t need more excuses to play with our genitals.

5. People would pay just to watch the cutscenes from a videogame.

Matthew: One time, I sat and watched the DVD of cutscenes that came with Metal Gear Solid 3: Subsistence. It was cool, but definitely not worth paying for.

The problem with buying just cutscenes is that the gamplay itself forms part of the storytelling, and anyone buying the DVD will miss out on that. It’s not like you can add a little bit of video of someone playing the game to bridge the gaps—then the person might as well play the damn game.

No doubt people will buy it. We’re all nerds here and wildly spending money is something we’re really good at. But it doesn’t make sense to me, at least.

Jeff: Hell no. It actually annoys me when a game has too many cutscenes; I didn’t buy a game so I could watch a damn movie. I definitely wouldn’t buy them as a standalone package. What I MIGHT consider purchasing is a special edition of new games with the cutscenes REMOVED and just having a screen pop up, telling me what happens and anything else I need to know in order to succeed. Don’t give me five minutes of gameplay followed immediately by an hour of drama—give me a game and nothing else.

How different can two games from the same series be?