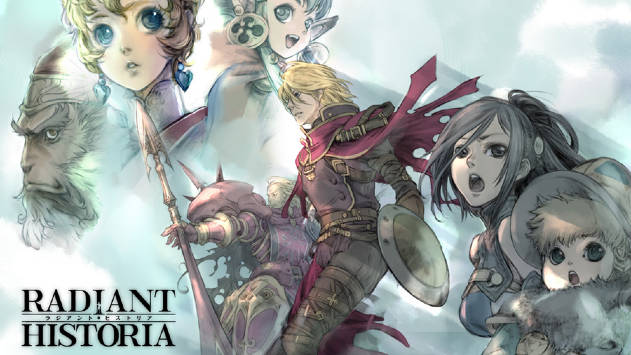 Atlus announced today that it’s bringing the time travel-centric RPG Radiant Historia to the U.S. next February. Why should you be excited? What, are you new? Time travel, man! Time travel! That’s something we’re into here! Between Back to the Future: The Game, Chrono Trigger, Day of the Tentacle, and Putt-Putt Travels Through Time (which I believe almost made our top 50 games of all time list), GameCola has a long and proud history of talking about time travel more than it talks about actual videogames.

So what’s the game actually about? Time travel, man! Keep up! Beyond that, according to Atlus’ press release, we can expect to see a story based on traversing different time periods in order to set history right; important decision-making that can alter the course of humanity as we know it, and also unlock special bonus endings; and…turn-based combat. Well, we can’t win them all.

Also, the first-run release of the game will include a bonus soundtrack, which is mostly interesting because the game’s score is by Yoko Shimomura, the composer of the awesomely-musiced Kingdom Hearts.

So, that’s that! Until February, if you’re dying for more Atlus-related news, check out this mostly unrelated trailer for the (so far) Japan-only game Catherine. But only watch it if you seriously are dying, because it’s kinda freaky and might kill you. Needless to say, it is NSFW.

Update: Atlus released a trailer that’s actually relevant to this post—a trailer for Radiant Historia itself! Check it out:

I don't know if you've noticed this or not, but there haven't been any good adventure games released since the Y2K bug was something people legitimately feared. A few hundred World War II shooters hav