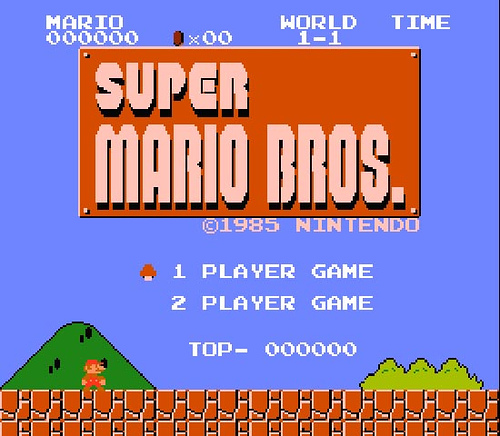 They’ve also decided that King Koopa has always officially been “Bowser,” that the Koopa Troopas definitely don’t perform any black magic, and that nobody has ever been turned into a horsehair plant.

Where’s my proof? According to Kotaku, here’s the original story of Super Mario Bros., from the NES game’s instruction manual:

One day the kingdom of the peaceful mushroom people was invaded by the Koopa, a tribe of turtles famous for their black magic. The quiet, peace-loving Mushroom People were turned into mere stones, bricks and even field horsehair plants, and the Mushroom Kingdom fell into ruin.

The only one who can undo the magic spell on the Mushroom People and return them to their normal selves is the Princess Toadstool, the daughter of the Mushroom King. Unfortunately, she is presently in the hands of the great Koopa turtle king.

You are Mario! It’s up to you to save the Mushroom People from the black magic of the Koopa!

And, here’s the Super Mario Bros. story from the Wii game’s instruction manual:

The Mushroom Kingdom was the peaceful home of the Toads until the day Bowser and his wicked minions invaded. Using powerful magic, Bowser transformed the Toads into bricks and quickly conquered the land.

Only Princess Peach had the power to remove Bowser’s curse and save her people. But Bowser kidnapped the princess and hid her in his castle. All hope seemed lost, and darkness reigned…

When the Mario Brothers, Mario and Luigi, heard this story, they decided to rescue Princess Peach and defeat the evil Bowser. Can the brothers save the beautiful princess before it’s too late?

Also note that, in both versions, the reason we’re rescuing Princess…Peaoodstool isn’t because it’s the right thing to do; it’s because she can revert the Toads back from their brick form with her magical powers. Is that how she always cheats in Mario Party?

Apparently, the guides I wrote in high school weren't the best quality.