Some like it hot; others like it hottest. I like it when dancing games improve instead of being shoveled out to meet demands. I’m always skeptical when waiting for the latest DDR game, but also ready to lap it up like the sad little fanboy I am. I love Dance Dance Revolution and I love the music in the series. FACT.

DDR: Hottest Party 3 is the third Dance Dance Revolution game I’ve reviewed here, so I’m not going into gameplay detail. It’s been around for ten years, so if you don’t know the basics, you’re bloody slow.

Time and time again, home releases of DDR have offered sub-par soundtracks and song lists, ignoring the classic Konami songs in favor of licensed songs by well-known artists. Hottest Party 3 is no exception. You probably like dancing to songs you recognize from the Top 100 Billboard Charts, whereas I prefer dancing to what fans refer to as “Konami Originals.” (Once upon a time I preferred licensed songs over the Konami Originals; I guess I just grew up and wanted harder step-charts.) As well, covers have plagued DDR since the early days, and I feel they’ve really been a big problem since Pegasus totally slaughtered Linkin Park’s “Faint” for Supernova 2. While licensed songs may be here to stay, you’ll be happy to know that covers have hitchhiked with an axe murderer and will never be heard from again (hopefully). 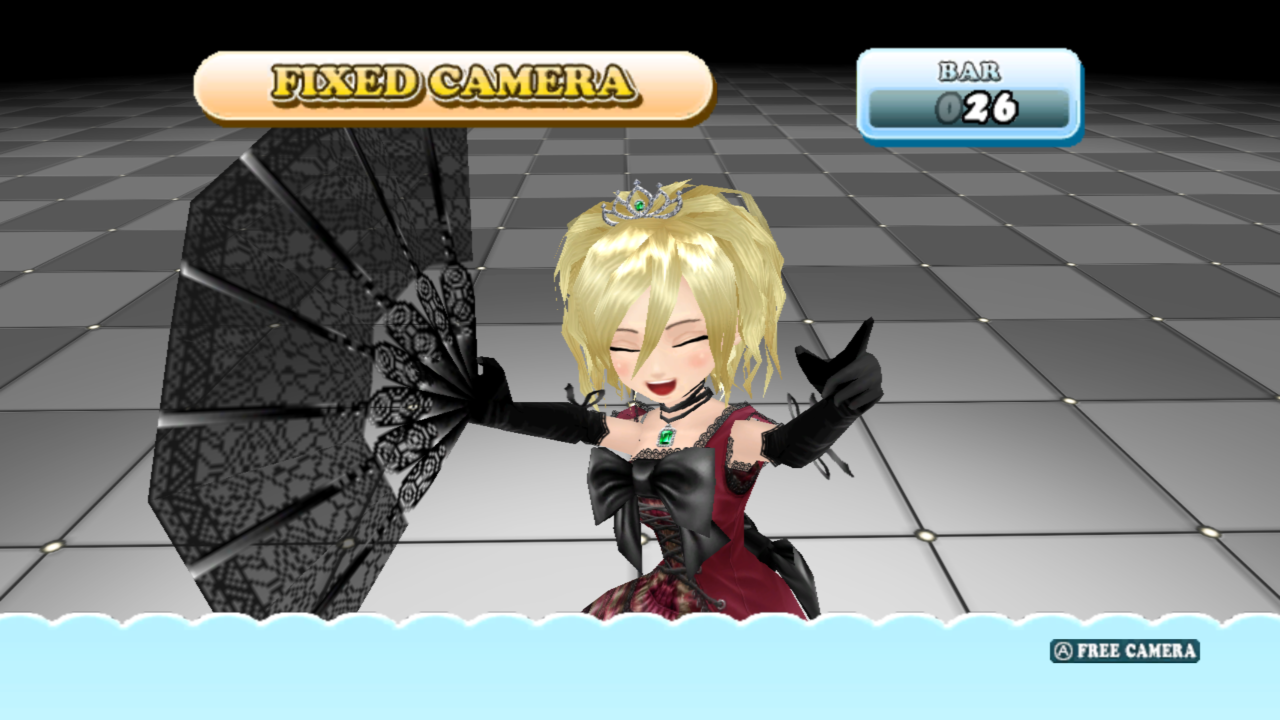 She’s no Emi, but newcomer Jun is very cute.

Catching up with the PlayStation and Xbox versions (which have been doing this for years now), Hottest Party 3 shows music videos for the majority of its licensed song selection, altered to fit the 1.5 to 2 minute song cuts that the series is known for. Even “Pork and Beans” by Weezer makes an appearance with its associated Internet memes video.

Seeing as “Pork and Beans” and “Never Gonna Give You Up” are in this game, I think it is safe to assume that someone involved in the process of picking the songs is a fan of Internet memes. It’s too big a thing to be a coincidence, really. 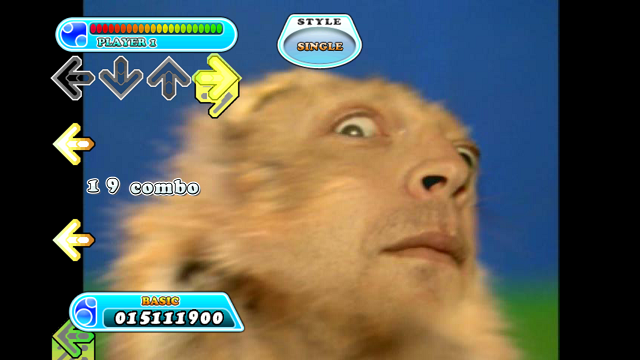 This always makes me chuckle and miss a step, and it happens twice in the video.

Moving on from the songs, let’s talk accessibility. I was interested in jumping straight into the game, because when you’ve got a dance mat controller and a Nintendo Wii, you just want to dance. Also, you want the game to be easy to navigate. This one is, unlike the three prior.

The Free-Play mode allows you to jump straight into gameplay on any difficulty you wish, and now by default, the gimmicks are off. Also, the Wii-mote shakes have finally been removed from the main game. They didn’t work anyway and spoiled my perfect combos. They’re still available in Hypermove mode, which is not all that good… 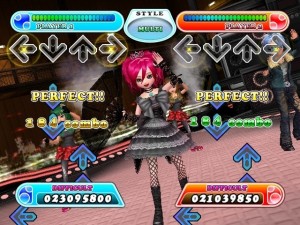 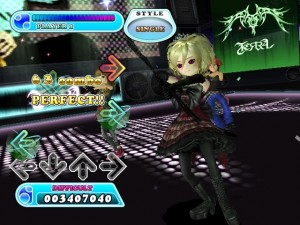 My favorite songs, the Konami Originals, are fewer in this game than I’d hoped. This time, a lot of them are unlocked by earning DDR Points; the songs become available as you reach certain milestones. This means beating songs over and over again. The unlocks come perhaps a bit too slowly but they’re constant nonetheless. I would have liked something akin to the PS2 version of Supernova, where you could buy what you wanted to with the DDR Points, but that system was flawed too.

So far, this game sounds an awful lot like the first two installments of Hottest Party, so I’m going to clear things up now. The interface has vastly improved since Hottest Party 2, which recycled the first game’s menus, engine, and everything. The menus in Hottest Party 3 are clearer and simpler to navigate. When selecting songs, you now see the album art, something likely inspired by Rock Band 2. It is a lot easier to just jump in and play. Konami hasn’t simply dropped songs into the old engine; they’ve actually built a new one—one that works so much better. 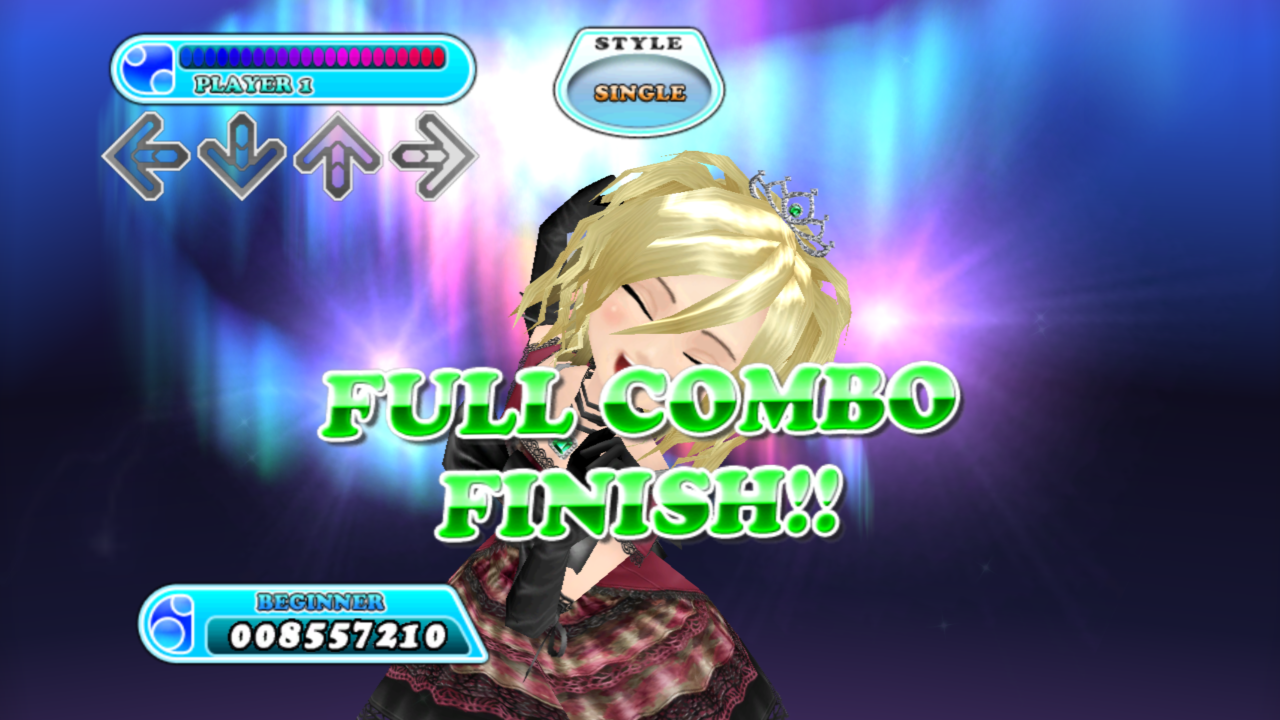 Hottest Party got off on its “max combo challenge” idea that wasn’t exactly cool to begin with, but with Hottest Party 3, this feature has finally been altered and rejigged to make you feel much more like you’ve achieved something. As you establish and then maintain a perfect combo, your combo count turns green and then blue. When you’re playing a song that doesn’t have a music video, the onscreen dancers will make character-specific motions based on your combo, resulting in a close-up and a big wide smile if you hit a perfect “Full Combo Finish!!”

Also, Dance Battles take center stage this time. Every few songs you play in Free Play, a boss character will appear and challenge you on a rock hard song, like with the “Max Combo Challenges” in Hottest Party 1 and 2. You’ll get them on whatever difficulty you’re playing, so if you’re a Basic and Beginner person, expect to unlock boss songs quicker. Merely passing a “boss song” isn’t enough, as you have to beat the computer player in order to unlock the song. The songs in Dance Battle are very difficult, and if you feel you’ve bumbled-through one, then you’ve lost, guaranteed.

There is also a Training Mode, but you can only play songs you’ve unlocked, so you cannot practice the offending “Pluto the First” before being thrust headfirst into it. 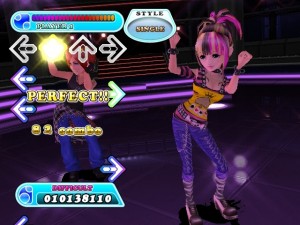 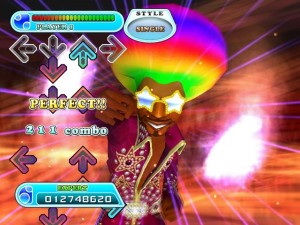 Hottest Party 3 also has your usual adventure mode that unlocks songs, and a “DDR School” for “all you first-time players,” apparently. I don’t see the need, because the Lesson by DJ songs are in this game, and they teach you the DDR basics just fine. They explain the ordering of steps and the association to left and right feet, as well as the gimmicks in the game, something even I picked up a few hints from.

It looks much better than Hottest Party and the sequel, even though the style is the same. Maybe that’s because the whole game has undergone a notable graphical overhaul. This is one of the many things KidzWorld was too blind to notice when they wrote their review like it’s the gospel truth.

There’s also all the other stuff you’d expect thrown in—the usual Work-Out mode and support for Classic Controller, if you’re too lazy to dance with your feet. Wait, didn’t I review a game for people like you? There’s also a Relaxed mode for players who just want to groove without having to score anything—which I think removes the need for owning the game. If you buy Hottest Party 3 for the Relaxed mode, you’ve obviously never heard of “dancing to the radio.” 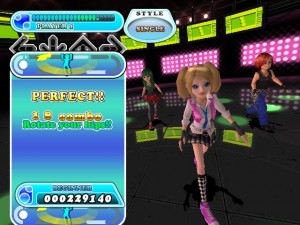 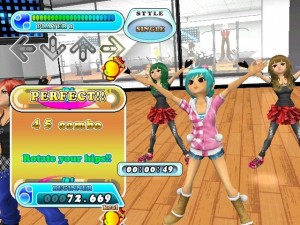 If you’re a Wii owner, and you’re looking for the “hottest” Hottest Party, it’s Hottest Party 3. I heard a rumor that you cannot get it solus in America, but I’m sure Konami wouldn’t pull a move like that without having considerably thought it through; I got it solus in the UK just fine. It’s missing a Mission mode, but I’m glad they included a Training mode after I moaned about the one in iPhone DDR being useless. A hard week of playing this game and I still haven’t discovered everything. I see myself playing this for another month, easily. If you’re just wheeling it out for parties, then I’m sure the appeal won’t wear off. Especially if you love Rick Astley.

…and I could have just said, “Like the first two, but actually good.”

What can you expect to see at E3? We have no idea.