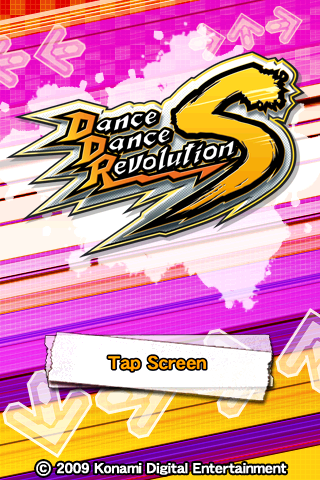 “Dancing,” they call it. It’s more like smashing your feet really hard on a metal box in time with arrows that are barely in time with the music. The spacing for your feet on the dance machine is awful, restricting all possible movement across the stage. The music is always so hideous and disgusting. Super Eurobeat? There’s nothing “super” about it!

And what is with the really awful Engrish? Why would I want to play a song subtitled “Boy on Boy Mix”? “Wookie Wookie in the Kitchen”? What in God’s commonly mentioned name is going on?

The above two paragraphs are a satirical-yet-accurate representation of the Dance Dance Revolution series. While I feel the need to bash the series, I love the games regardless. I’ve always much preferred the home editions to the arcade games themselves,  mainly because the dance mat controllers seem to have much wider spacing, and you haven’t wasted a credit if you fail on your first song.

Recently, a “bowling-alley-ice-rink-come-diner” named Buggsy’s opened up near where I live. No, not Puggsy’s. This particular hideout for wanted criminals has something that keeps pulling me back there. No, it’s not the cheap heroin; it’s the Dancing Stage Supernova machine.

Dancing Stage—yes, it’s the European title for Dance Dance Revolution. Well, until Konami dropped the Dancing Stage title in favour of a series reboot. No actual sign of said series reboot yet, but hopefully it’s still in the cards for this year.

So how does all this connect to the game I’m reviewing for you today, my lucky peeps? Amongst the titles in this new-style DDR is an iPhone OS-based DDR, where you can make your thumbs dance instead of your legs.

I can’t imagine needing a finger workout, but there you go. 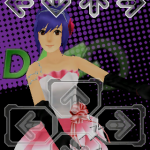 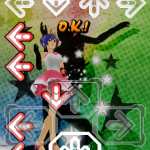 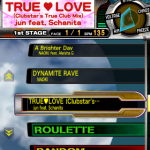 Following the art style that the DDR games have followed since Day 1, Dance Dance Revolution S (or DDRS for short) is definitely one thing: beautiful. Just look at Emi in the screenshot posted above. Go on, click it for the bigger version.

As always with rhythm titles, the quality of the game boils down to its music. As much as the game is beautiful, it’s whether the songs are stand-out that matters.

While the soundtrack of DDRS is somewhat lacking, it’s always been that way with the home releases (besides X2—Lady Gaga’s “Just Dance” and Coldplay’s “Viva la Vida” were on that one). There is a moderately good selection of songs in DDRS, but there appears to be no more than twenty-odd songs in total, and not all of them are available in Standard Mode from the beginning. While they’re all great if you’re into the musical style that the series is known for, the only truly notable track for me was the Smile.DK and Naoki collaboration, “A Geisha’s Dream.”

But the only thing making “A Geisha’s Dream” stand out is the perhaps overdone cross-referencing of “Butterfly,” Smile.DK’s first song on any DDR machine, mainly by use of the phrase “Where’s my Samurai?”. Which means that the sole stand-out song in this game only makes a mark because it jerks off the fans.

The “S” in this game’s title stands for “Shake,” which refers to the game’s Shake Mode. This mode is equal parts the greatest and worst idea Konami has ever had.

You have to shake the iPod in the direction of the arrows as they rise from the bottom of the screen, instead of tapping them. I always turn this feature off when playing Tap Tap Revenge, because it is finicky and unsuiting. Konami is giving it a new, unwelcome home within DDRS’s Shake Mode.

But when it works, it doesn’t feel tacked on at all. In Shake Mode, by holding the iPod correctly, dancing as if you are on the stage successfully hits the arrows. 60% of the time, it works. 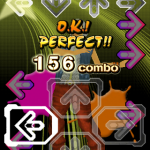 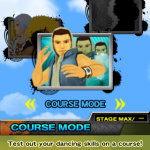 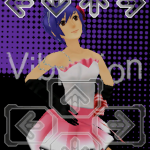 With the home releases of DDR, Konami felt it was necessary to include Tour and Career Modes, which served no purpose other than to unlock songs (and belittle your ability). When it comes to a portable title, this kind of mode would be the obvious inclusion—but in DDRS, the modes have been dropped! Konami, what is your problem?

If you have taken the time to unlock all the songs in Dance Dance Revolution Universe, then you used a controller to do so—it just isn’t physically possible with a dance mat controller. It is made for buttons—so removing the Career Mode in DDRS just seems like the most illogical thing that could have been done.

The Practice Mode included in DDRS does provide a platform for rehearsing your performances, but when it all boils down to the facts, it’s your fingers doing the work, not your feet. Given there is no Career Mode (yes, I am still sour about this), what need is there for this mode to be included?

A sequel of sorts, DDRS+, was released recently. It uses exactly the same engine, practically the same graphics and unlocks, but focuses on downloadable content. This removes even more of the home feeling of DDRS and makes the game more like Tap Tap Revenge, which is not a good direction for a rhythm series to go.

Dance Dance Revolution S will, for the most part, keep fans of the series amused. But it’s just DDR with buttons, and that destroys the whole point. Meant for casual bursts of maybe five or six songs a day, DDRS is not as meaty and feature-filled as a home port of the arcade titles.

If you buy DDRS, it’s solely because you’ve got money to blow and you’re just a sad, strange little Konami fan, like me. 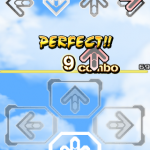 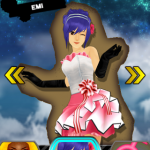 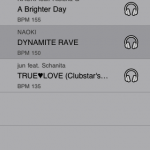 So, it's a new year. A new year of super-amazing thumbs coming at your FACE! Better put on some protection, because this is going to be one furious and FANTASTIC year for the THUMBS!! We are starting