They say that with mo’ money, there’s mo’ problems. But, there’s also probably mo’ videogames, too. Sometimes, the GameCola staff is very practical, waiting for that great bargain deal on a game that’s several years old, or just going back and brushing the dust off some old carts. At most, we like to drop no more than a single bearded president’s picture down for a sweet game title. But sometimes, we have to get our hands on that rare game, buying that legendary collector’s edition on day one. Or maybe the purchase was a little more complicated than that. This month, Nathaniel Hoover asks: What’s the most you’ve ever paid for a videogame? Below are the staff members’ confessions. The names have stayed the same as to humiliate the innocent.

A look back at my posting history, you’ll see that Chrono Trigger is my favorite game of all time. I believe I found out about it by reading a copy of Nintendo Power. I was still fairly green in the RPG world, but thoroughly enjoyed Secret of Mana and Final Fantasy VI. A role playing game about time travel? Well, obviously I had to have my hands on that. For whatever reason, the title was $70 at the store. I try to have a rule where I feel a game was worth it if I pay $1 per hour. I definitely got way more than 70 hours out of the game, with its massive replayability. Unfortunately, after mastering the game years later, I sold it to someone at school for $5. Thankfully, Chrono Trigger would be released for DS, adding cutscenes from the PSX version, but keeping the fast load times of SNES, and having some additional dungeons and content, not to mention linkage to Chrono Cross. $70 well spent. 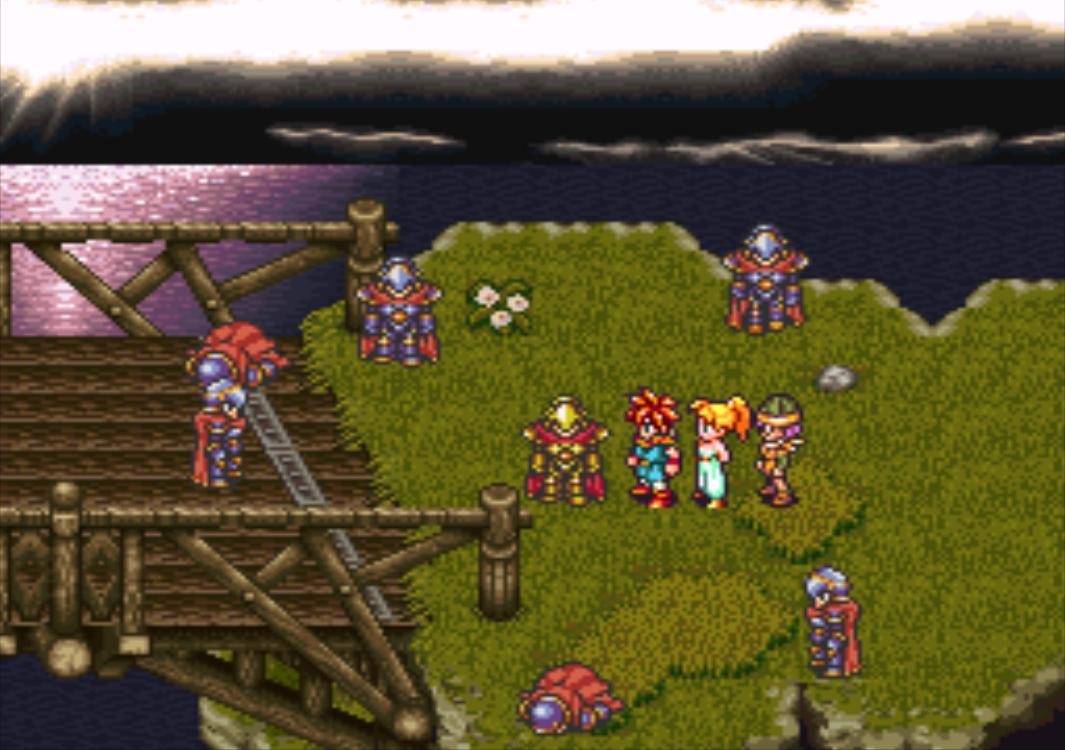 I’ve only spent $40 dollars at most for two games. Not at the same time; I mean they were both around that price. Those games are Animal Crossing: New Leaf and Tomodachi Life. 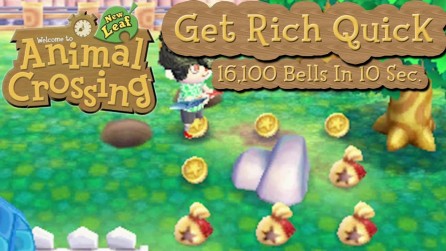 DJ Hero set me back about £100 when it came out, though this is because I had it specially couriered to me on Day One. I am glad I did, though, because I played that sucker non-stop for about two or three weeks. After that I’d say I probably spent £50 or so for LEGO City Undercover because one particular high-street store had a monopoly on copies and knew they could charge loads. And after that, probably about £45 for K-On Houkago Live! HD Version. That one I do regret, as it contains not a single difference from its portable counterpart.

As much as Jeddy keeps poking me with that stick he found in the not-so-main stream, I fear I must break character and declare that Call of Duty: Black Ops II was the game I spent the most money on. It was October of 2012, and I had money. I thought it was cool to not just get the game, but to get the Limited Edition copy of it. I vaguely remember running out of that GameStop with my game, being chased by zombies wearing funny clothes and hats…could have been people, but I could be wrong.

The most I’ve paid for a videogame is $200. The game is 1995’s Vampire Diaries, made by the Nancy Drew company before they made Nancy Drew games. No one is quite sure why the game hasn’t been re-released, now that the 2009 Vampire Diaries TV show has made the license profitable again, but based on the other games the company made at the time…yeah, it’s probably a three-CD pile of awful that won’t run on any computer made in this century.

Multiple people had the game for sale on eBay, so I offered them all $200. Sadly, the Internet has decided the game costs $300, so they all turned me down. The last time I checked, they still haven’t found buyers for their copies. I’m going to pretend this is a victory on my part.

I have mentioned how much of a Halo fanboy I used to be, right? Well, back in 2009, my fanning for this franchise was at its peak, so Halo 3: ODST became the first game I pre-ordered—and, it comes with a story.

Back then, I was working out of town, so I wasn’t going to be able to pick up the game on its release day, and I wouldn’t be able to play it until I came back. I asked my girlfriend to get the game for me from the store; she called me later that day to tell me that the store didn’t have enough copies for those who didn’t preorder it, and some guy approached her to ask if he could buy my copy of the game—he was willing to pay twice the retail price! 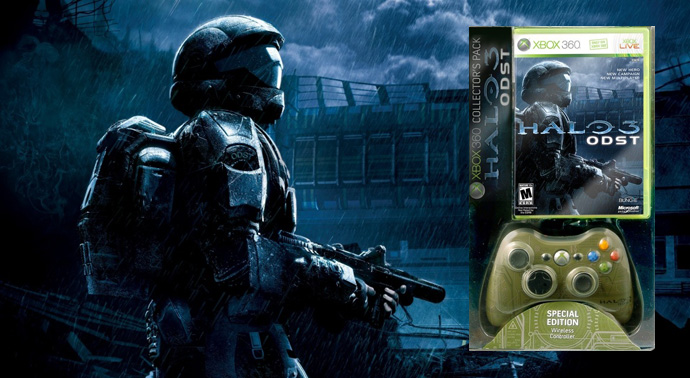 She asked me how bad it would have been if she had accepted the offer; the sad thing is that I wouldn’t have been mad at all! Not only was it a nice deal, but also I had read a review of the game a couple days ago (I was already that hyped), and it wasn’t that optimistic. Later on I ended up agreeing with that review; the game is short, the gameplay is pretty much the same, and it lacks a lot of features that would certify it as a complete game. I felt betrayed that night by the franchise, never to feel hyped for any game, or buy “super special” editions—at full price—ever again. The controller that came in the box is pretty cool, but it hardly makes up for the price I paid for it.

$63.98. That’s what Amazon tells me I spent to obtain Mega Man V, the last Classic-series Mega Man game of any widespread renown that was not already in my collection. In all my years of trips to FuncoLand, Electronics Boutique, GameStop, yardsales, and conventions, this was one game that was never in circulation. The Game Boy cartridge had been hovering around $75 online for as long as I’d been checking on it, and though that’s still the dollar figure I have in mind for some new games of that era, it was not a price I wanted to pay if I could help it.

As this blog post can attest, March of 2010 was a perfect storm of encouragement to take the plunge and reel the game into my collection. The price had dropped just low enough to finally consider diving so deep into my wallet, and with nothing but Mega Man on my mind—and, as I recall, a fresh “mad money” rebate check from my credit card company in hand—I was content to go where the current was taking me. Which, it seems, was out to sea, because I’ve somehow flooded this paragraph with water metaphors. This may be appropriate, because I’m fairly certain the first stage I played after I got the game was Neptune’s. 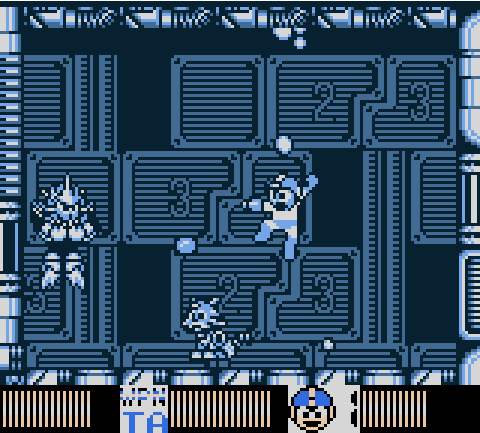 Below is a chart of everyone’s purchases stacked up against each other, both the original purchase price and with adjustment to inflation. Inflation is interesting to examine because the price of new games has stayed more or less the same over the years. Nintendo games could be purchased for $50 back in the ’80s, and have really only climbed to $60—yet original Wii games cost $50 when they were released. Spending $50 on an NES game in 1985 was like spending $110 in 2014 money. Holy economic devaluation, Batman! 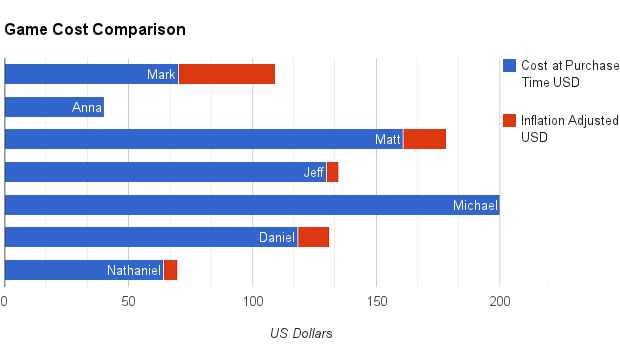 As we can see, Michael Gray has “won” the largest base price purchase. Although he technically didn’t buy the game, so that falls on to Matt Jonas. Matt also wins when adjusting for inflation, too, due to that high base cost. Congratulations, Matt!

How much have you spent on a videogame, fellow readers? Have a question to ask for next month’s Q&A session? Let us know in the comments below!

When someone asks you about a videogame recommendation, sometimes you recommend your favorite title, or your favorite franchise. Other times, your brain shuts off and you end up recommending Call of.. ...