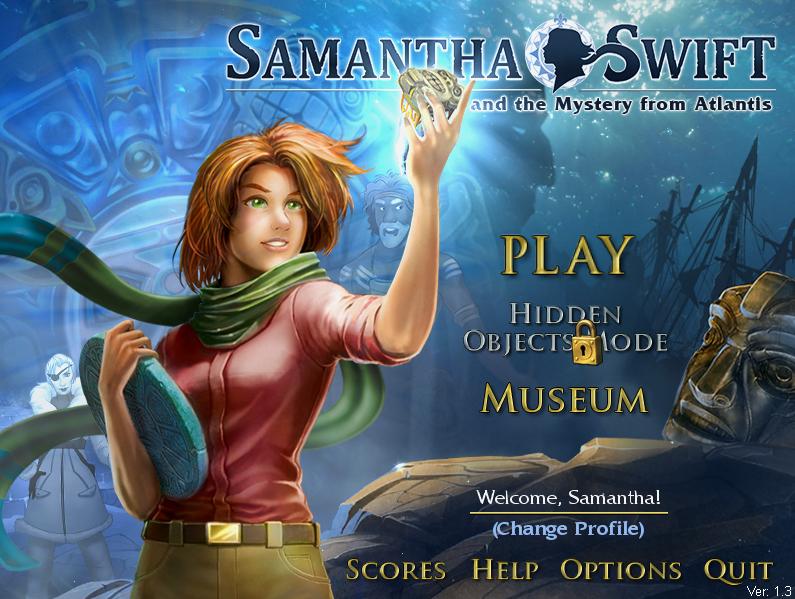 The second game was great, because it made all sorts of improvements over the first game. And what did they do in the third game? They took away all the improvements. The item that lets you find items without pixel hunting? Gone! A plot that makes sense? Nowhere in sight! New material? No, let’s copy/paste stuff from the other two games! No one will notice!

The plot of this game, which I’m not making up, goes like this: A meteor crashed into the city of Atlantis 4,000 years ago and destroyed it. The meteor contained bacteria which makes people susceptible to mind control. The evil Colonel Tempesta is marketing the mind-control meteorite bacteria as anti-aging creme, so she can take over the world.

Our heroine Samantha Swift figures this out during the course of her adventures, thanks to her friends and their mind control bacteria detector (of course they have a mind control bacteria detector). But instead of stopping the bad guy, Samantha decides to completely ignore the plot because it’s the dumbest thing she’s ever heard of. Um, I mean, she ignores the plot, because she’s in the middle of an unimportant collection quest for an eskimo totem pole. She just needs to find six animal teeth, one for each of the five senses. When she finds all the teeth, it plays a song that destroys mind control bacteria. Hooray! The world is saved!

So…yeah. That’s the plot. They clearly made it up as they went along.

Now, a ridiculous plot can be a lot of fun, but the plot kind of ruined the game for me, because the second game ended on a cliffhanger, complete with a “to be continued…” screen. Why didn’t they actually continue the plot? What kind of series sets up a storyline about the hero’s father being kidnapped, and then, in the next installment, doesn’t mention it at all? It’s like they were deliberately trying to disappoint everyone! 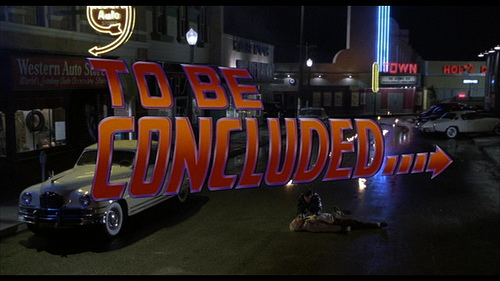 Ending the second game on a cliffhanger and not continuing it is just like if
Doc Brown was never mentioned once in Back to the Future III.

OK, OK. Now that I have all the plotline complaints out of the way, I can continue with my nice, happy review and…no wait, there’s more to complain about.

This game blatantly reuses scenes from the other two games in the series. For example, Samantha’s office magically turns into the Louvre. The scenes from the Himalayas are given a green coat of paint and passed off as jungle scenes. And in chapter six, they just come out and say, “Hey, you’re revisiting the Egyptian scenes from the last game, to cut down on production costs!”

And it’s not just the gameplay screens, either. The cutscenes are mostly copied from the other games, too. Better get used to that picture of Samantha thinking, because you’re going to see it a lot. The worst part is when they slap together two pictures that aren’t supposed to go together, so one character is much bigger than the other. Either that, or one of the pictures is pixellated, while the other is smooth. I much preferred the cutscenes in the second game, all of which had original pictures.

All in all, I’d say about 20% of the game is rehashed material. At first I thought it was neat that they included throwbacks to the previous games, but when it happened over and over again, it felt less fun and more like a ripoff. The good news is that you probably won’t notice the reused material at all, unless you’re like me and you just played through the other games before starting this one. 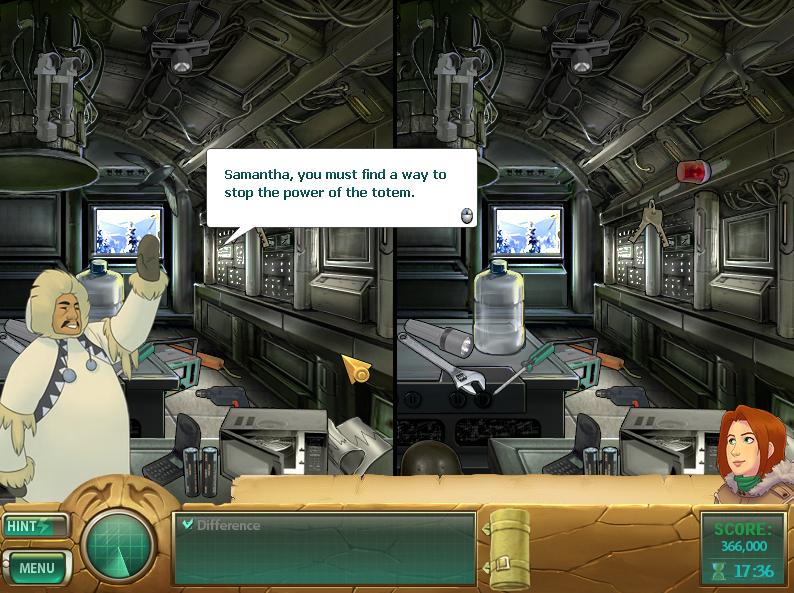 The game makes a number of small changes to the gameplay, just like the second game did. For example, now you get points for completing stages, so you can try to rack up a high score by finding items quickly and not using hints. Getting a high score has no effect on the game whatsoever, but it still feels satisfying to get the 5,000-point “no hint” bonus.

Also new are the two “Swift birds.” The birds appear in every single scene, and if you find sixty of them, you unlock the “replay a stage” mode. It’s just like Where’s Waldo, where the same item appears on every screen. I approve.

Two changes up the difficulty level of this game. First, they got rid of the improved PDA, which eliminated 90% of all the pixel hunting challenges. I don’t know why they did this. Maybe they got complaints from both the people who like pixel hunting. Second, some of the item descriptions are crossword puzzle-style challenges. For example, the game will tell you to find “hand warmers” or “cold weather gloves,” instead of telling you to find “mittens.” This actually ends up being an interesting/fun challenge when the clues make sense. When they don’t (“shaman’s tool” = “tambourine”), the challenge becomes frustrating.

The final change they made was the introduction of multiple gameplay modes. You can play on normal mode or on difficult mode. The two modes are the same, except difficult mode has a timer and less hints. Other than these small changes, the gameplay in this game is identical to the other games in the series. 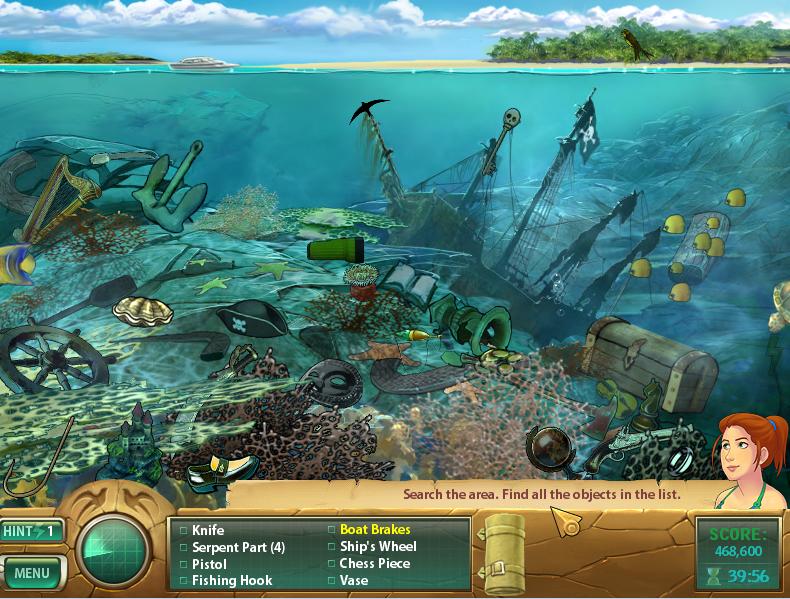 For all my complaints about it, Samantha Swift and the Mystery from Atlantis is a decent-enough game. It’s just that, after all the improvements the second game came up with, this game feels like a letdown. I wanted to see them follow in the direction the second game charted out, but instead, the series goes back to its basics. It doesn’t help that the game feels like it was rushed through production, either. Oh well. Maybe the fourth game will resolve the second game’s cliffhangers. Or maybe we’ll have more mind control bacteria from Atlantean meteorites that are being marketed as anti-aging creme. Either way, they can’t fail.

In case you missed our classic playthrough of this Nintendo Adventure Book, you can now listen on YouTube!