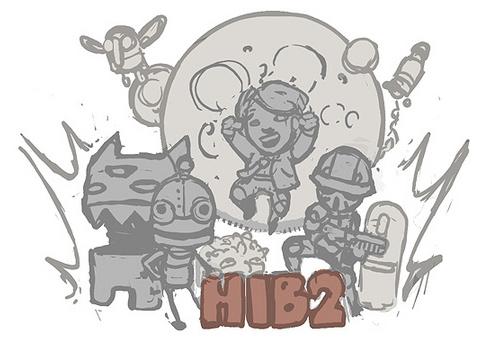 The Humble Indie Bundle 2 went live last week, but GameCola neglected to report on it, because we’re a Grinch-like website who thinks that indie gaming is a waste of time (seriously, why not play a real videogame?) and that all videogames need to be brown-and-gray deathmatch shooters. Also we forgot. The bundle is pay-what-you-want, meaning that you can spend anywhere between zero and infinity dollars for it. You’re also allowed to allocate the money as you see fit, between the developers, a couple charities, and the Humble Bundle organization itself. (Incidentally, this is how I think taxes should work, too.)

Included in the bundle are Braid, Machinarium, Osmos, Cortex Command, and Revenge of the Titans, all of which come DRM-free; all of which work with Windows, Mac, and Linux; and at least one of which is Braid.

So far, the bundle has been sold over 150,000  times, for a total net revenue of over $1 million (and an average of about $7.50 per bundle). One of the top contributors is Notch, the developer of Minecraft, who paid $2,000 for the bundle of games that normally go for a combined $85.

The Humble Indie Bundle 2 will be available for the next five days, six hours, and 46 minutes. You can check out the bundle’s website and purchase the bundle here.

The entire sound of the game changes when you're familiar with the composer's other work.