I’ll level with you—I’m a bit of an outcast here at GameCola. Not just because everybody is jealous of my rugged good looks and my infectious charisma, but also because I’m not a huge Phoenix Wright fan. Oh, I like the games just fine, but around here at GameCola, thinking that Phoenix Wright is “just fine” is like working at the Vatican and thinking Jesus Christ “seems pretty all right, I guess.” That being the case, even I don’t really see why Capcom gave ol’ PW the axe, especially considering their notorious propensity for soullessly milking their franchises until all that’s left is a joyless, dried-out husk of a game.

Videogame franchises are a lot like people. Some, like Phoenix Wright, we see as young, hip, and full of piss n’ vinegar, with some of their best days ahead of them. Others we notice are showing their age, and we hope for them to retire soon so that they may do so with dignity. Others still are far past this point; dementia has set in, and all we want is for them to die quietly so that we can avoid another embarrassing incident where they shit themselves in a public place and you have to go pick them up again. These are 10 of those games that should have taken a bullet for Phoenix Wright. 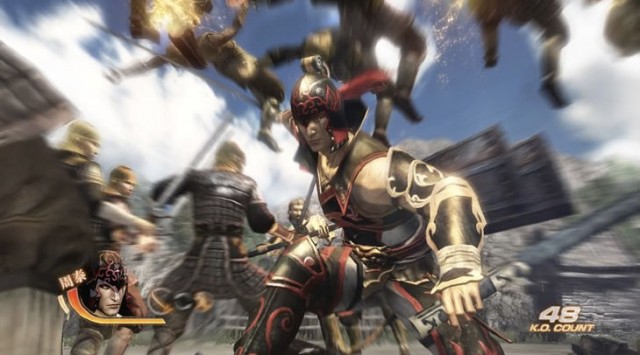 I almost feel bad putting Dynasty Warriors on this list; it just feels too easy. Frankly, I’m amazed that the company needs encouragement to stop releasing these games—does anybody buy them? Have you ever even heard anybody say “Yay, the new Dynasty Warriors is coming out!” The game series is so bad that it even fills the usually docile Japanese with so much nerd rage that they feel compelled to go vandalize Koei HQ by spray-painting “shit game” on the front of their building. 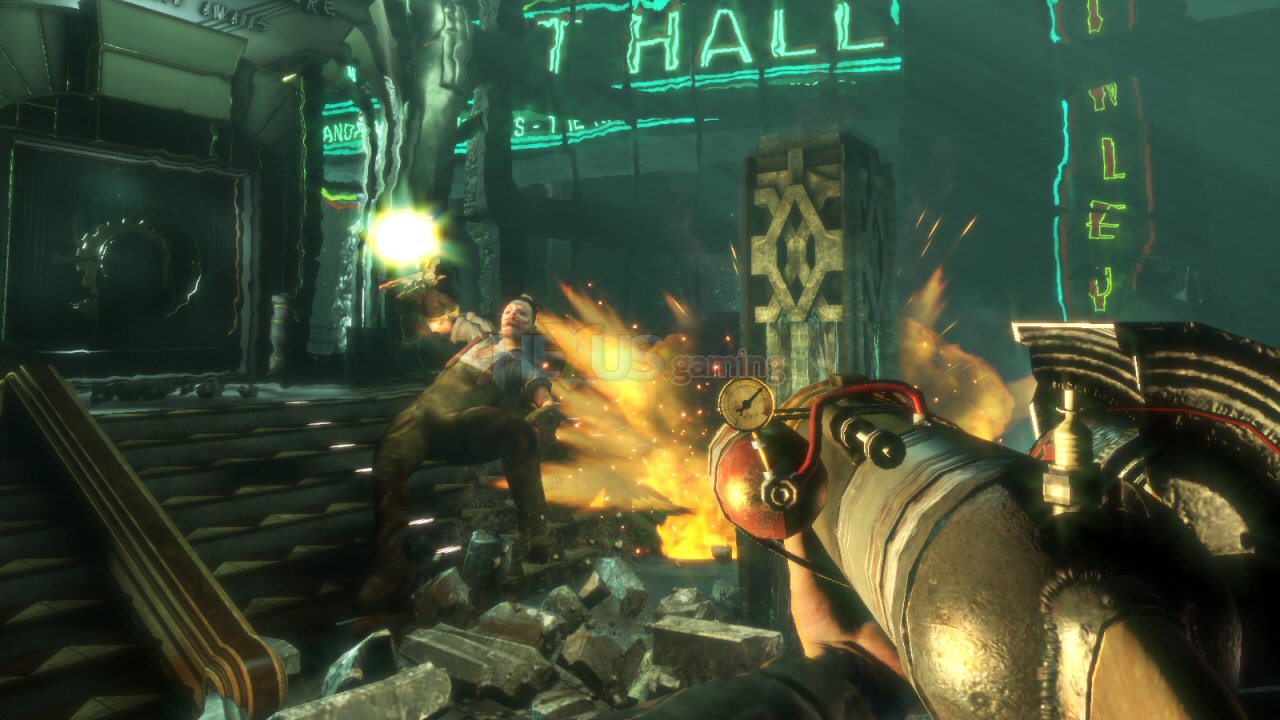 Right about now you’re probably smelling the beginnings of what seems to be a Sacred Cow Barbecue, and maybe you’re right. BioShock is a pretty well-loved game; hell, even I love it. BioShock was one of the better games I’ve played in the past five years—until the game’s third act when, right after all twists have been revealed and the game reaches its crescendo, the ball is dropped and it becomes clear that the writers didn’t really know where to go from there to finish it up, so they phoned it in and called it a day. BioShock 2 was just more of the same. It lacked the quality storyline of the first BioShock and simply wasn’t memorable. I can honestly tell you I don’t remember what the story of BioShock 2 was anymore. Something about butterflies. Some lady named Dr. Lamb. That’s all I’ve got.

I wouldn’t go as far as to say that the series has become awful; it definitely belongs in the “let it die with dignity” category. Unless Bioshock Infinite plans on putting the full effort into the storyline that the franchise deserves, it’s time to retire this series so we can all have nice, fond memories of it. 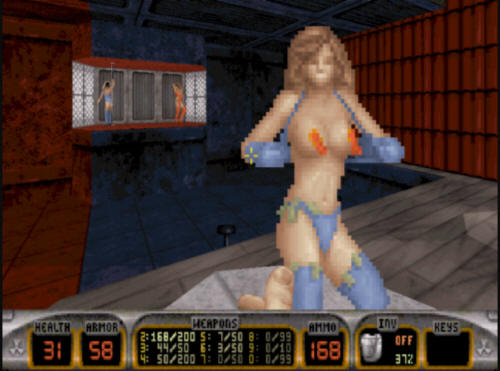 I’ve never understood the appeal of Duke Nukem. Maybe in 1997 I can see the appeal of a man spouting off TV-14 vulgarities and propositioning mostly-clothed exotic dancers, but videogames have grown up since Duke’s heyday. If constant, juvenile vulgarities and violence tickle your fancy over good gameplay, then pop in Kane and Lynch, and within the first two minutes you’ll probably hear Kane call Lynch a “motherfucking, shit-sucking, faggoty piece of assy cunt-slime” with all the eloquence you’d expect from a third grader who just spent several hours researching swear words on the Internet and was determined to string them all into one sentence to impress their friends with their new badass vocabulary. If it’s nudity you’re after, pop in God of War, or BMX XXX if you really hate yourself. But I don’t really see the point of playing a game that was mediocre other than its gratuitous sex, violence, and vulgarity if the franchise is now so far from being gratuitous it could be described as “quaint.”

Everybody knows that Castlevania takes the bullet train to Sucktown every time it goes 3D, but I’m going to extend this to even the 2D modern iterations of Castlevania. Make no mistake, I love Castlevania: Symphony of the Night, but even with Konami’s 2D titles, what was the last one that was anywhere near as good as SOTN? I would allow Konami to release one final Castlevania game. It would be a 2D Metroidvania-style game, but the castle would be randomly generated with each new game you play, with different enemies and items in different places each time. And that’s it. You wouldn’t even know the difference between that computer-generated game or any number of sequels they’ve been pumping out. 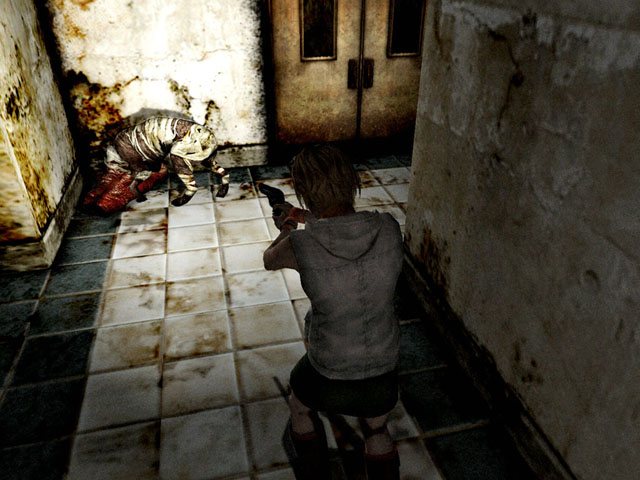 Silent Hill 2 was a masterpiece of videogame horror. The majority of its charm stemmed from the fact that it could scare the everloving shit out of you, unlike any other game made at the time. Silent Hill 3 was not as scary. SH4 was even less so. And the spin-offs—hell, they weren’t even fun. You take away that quality horror storytelling, and what you’re left with is a bunch of things jumping around yelling “boo!” They keep trying, but they just can’t get this game to where it used to be. It’s time to close the coffin lid on this one. 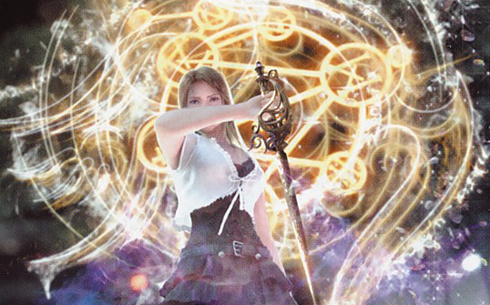 Once upon a time, Square made an excellent RPG series called Final Fantasy. It had art, music, and storylines with quality that was rarely seen anywhere else in the videogame industry. Years later, Square realized that its legions of fanboys would buy anything they shat out no matter how awful, so they started releasing nothing but utter garbage. It’s hard for someone like myself, one of the last turn-based JRPG lovers out there, to wish death upon Square’s flagship game series, but its time has come. They have now made it clear that they are more interested in making movies than videogames. Most recently, Final Fantasy XIII delivered a completely linear snoozefest that required so little interaction on the player’s part that all I really did was sit back, listen to the goofy dialogue, and watch the effeminate ladyboys spew out their ornate, glittery spells.

Wait…goofy dialogue, effeminate ladyboys, and glitter? In retrospect, I might have accidentally rented Twilight: Eclipse instead of Final Fantasy XIII.

Regardless, the last Final Fantasy game I’ve played that was actually fun was Final Fantasy X-2. Do you know how depressing it is to hear myself say that? Shut it down, Final Fantasy. 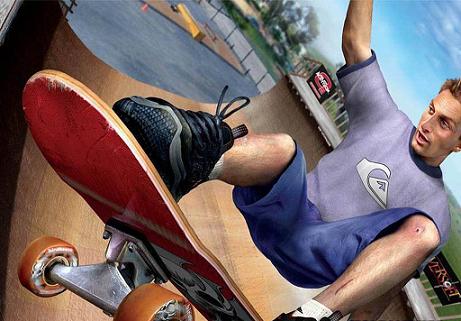 After 12 years,  it’s hard for a game franchise not to get a bit stale. Unfortunately, THPS got a bit stale about two years in. Notorious for its lack of innovation, THPS has been little more than do a trick, grind a rail, collect an item of some kind, repeat—for over a decade. Recently, that’s really caught up with the developer, with Tony Hawk: Shred selling an unfathomably pathetic 3,000 units in its first week. You can add as many skaters, Jackass cast members, or comic book characters as you want—if it’s just the same thing over and over again, it’s time to put this one to bed, because I’m just getting BOARD with it. Get it? Like a skateboard. Since inaccuracy seems to be a leitmotif in my recent contributions to our news section, it comes as no surprise that reports of Guitar Hero‘s death are greatly exaggerated. So, since Guitar Hero is still alive after all, I just have to ask “Why?!” When Guitar Hero was the only game in town, gameplay was stagnant and DLC was bundled and expensive. Rock Band came to town and showed Guitar Hero how DLC is done. It also introduced all the new instruments and fun new game features. Rock Band has been innovating while Guitar Hero has been consistently coattail riding. The plastic-instrument-rhythm-game genre is past its prime, the user base has shrunk since its peak, and now there’s only room for one.

And Konami’s Rock Revolution is that one, obviously. 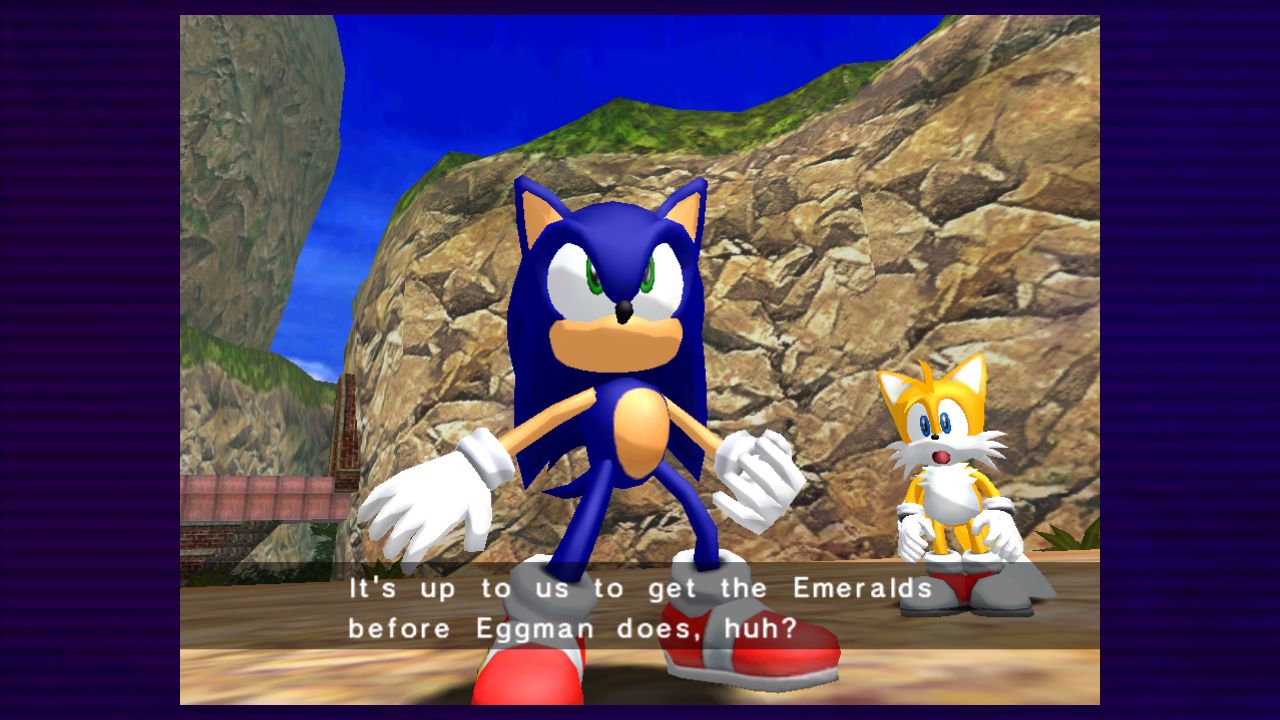 Some traditionally 2D series, like Legend of Zelda, have transitioned into 3D like a real champ. 3D has actually given the series a chance to grow and blossom into an even greater series. As for other series—like, say, Sonic the Hedgehog—3D apparently has given them AIDS. If Castlevania takes the bullet train to Sucktown when it goes 3D, then Sonic the Hedgehog becomes acting mayor. It isn’t hard to see why. The appeal of Sonic was that he goes really, really fast. So fast, in fact, that half the challenge of the series was keeping yourself from launching  into spikes, pits, or robotic bumblebees—and that’s only when you’re just worrying about going backward, forward, and jumping at the right time. Add in an entire other dimension you have to worry about, and Sonic’s trademark speed stops being awesome and starts being a gigantic pain in the ass.

“So just don’t make it in 3D anymore,” you say. “No need to kill the series completely.”

You know, that’s what I thought just a year or two ago, but then I played Sonic the Hedgehog 4: Episode 1, and I had a startling revelation: Sega doesn’t know how to make fun games anymore. Sonic the Hedgehog in 2D should be insta-fun, but instead it was a sluggish mess that played like it should have been a Flash game for Sega’s website to promote Sonic 4, not actually Sonic 4 itself. It’s time to stop the Sonic Cycle once and for all. 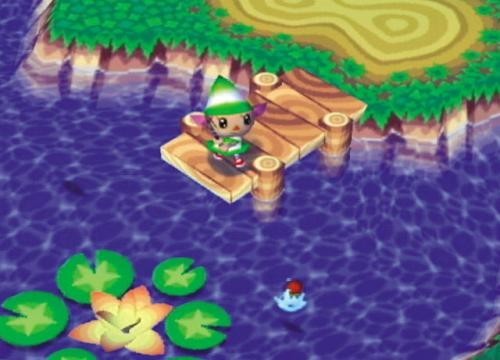 The original Animal Crossing for GameCube isn’t much different from any of its sequels, though, honestly, the stagnation of the series isn’t really what bothers me. Animal Crossing‘s glaring problem is that Nintendo has effectively castrated it. The selling point of the original game was that if you worked hard in your village, you could unlock actual, playable NES games. Weeding the town hall and paying your mortgage became a lot more tolerable when you knew that you were going to get a copy of Excitebike out of it. It was the closest thing to a tangible reward a game could give. Then the Wii came out, and Nintendo realized they can make money selling those games to you for a seventeenth time and stopped putting them in AC. So now what’s my motivation? Satisfaction with a job well done? Fuck that, I want NES games.

If Nintendo wants to sell those games, fine. That’s business, I understand, but you can’t just take out the game’s biggest motivator. The solution is that they can make fake NES games a la Retro Game Challenge. If Nintendo isn’t willing to even go this far to make Animal Crossing playable again, then they can take it and shove it up Tom’s nook for all I care.