Capcom has made a lot of announcements lately about games they aren’t going to make. The biggest news story was the cancellation of Mega Man Universe, which GameCola will write more about later. But there are three other games—all from the Phoenix Wright series—whose production has come to a halt, at least as far as the U.S. is concerned.

It was recently revealed that Capcom will not bring Miles Edgeworth: Ace Attorney Investigations 2 to the United States. That’s right, Edgeworth’s new set of adventures are going to stay in Japan. Presumably, this is because the first Miles Edgeworth game didn’t sell too well, and because everyone has moved on to the 3DS, so there’s no point in making DS games anymore.

The announcement did have a semi-hopeful note to it, in that Capcom deliberately said they won’t be translating the game “at this time,” instead of saying they won’t be translating the game, period. Perhaps their plans will change in the near future, and the game will shortly be announced. And perhaps—as some people have suggested—they’ll release it as a WiiWare or DSiWare game, just to cut down on production costs. So there’s no reason for Edgeworth fans to lose hope, quite yet. 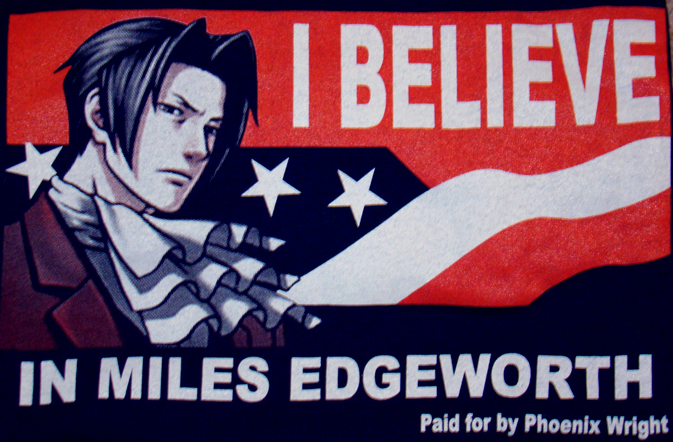 Actually, scratch that. It looks like this game, too, will only be released in Japan.

The reason? The Professor Layton trilogy has sold two to three times as many games as the Phoenix Wright trilogy. Clearly, Layton is popular with everyone, but Phoenix? Not so much. From a business perspective, it’s a much better investment to only release the game where both Phoenix and Layton are popular.

Would now be a bad time to remind everyone that the 3DS is region-locked, so there’s no way you can play Japan-only games on a non-Japan 3DS? I’m thinking this is the wrong time to mention that particular fact. In any case, maybe it’s a bit too early to talk about this game, seeing as it still doesn’t have a release date in Japan, either.

Turnabout Puzzle Substitution Turnabout, aka the Phoenix Wright block-based puzzle game with the horrible name, has been announced for the iPhone.

Just kidding! There are no plans to release this game outside of Japan, either. 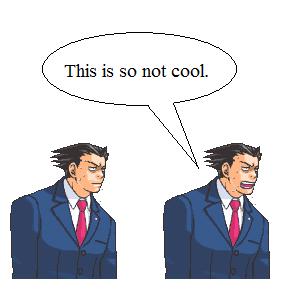 In conclusion, the Phoenix Wright series will now cease to exist outside of Japan. That is all.