Recently, I wanted to play an adventure game, so I went to Big Fish Games.  They have literally hundreds of adventure games available for purchase, but when I hovered my mouse over any of their top ten games, I discovered a disturbing fact:

They’re all hidden object games, pretending to be adventure games.

Sneaky hidden object games, trying to fool unsuspecting consumers!  Well, I’m not falling for your dirty tricks.  After playing through four different game trials, my hidden object finding skills were so finely tuned that I was able to find one of the few real adventure games on the list.  The game was Royal Trouble, an adventure game which appears to be from Poland, and I’m going to review it for you today. 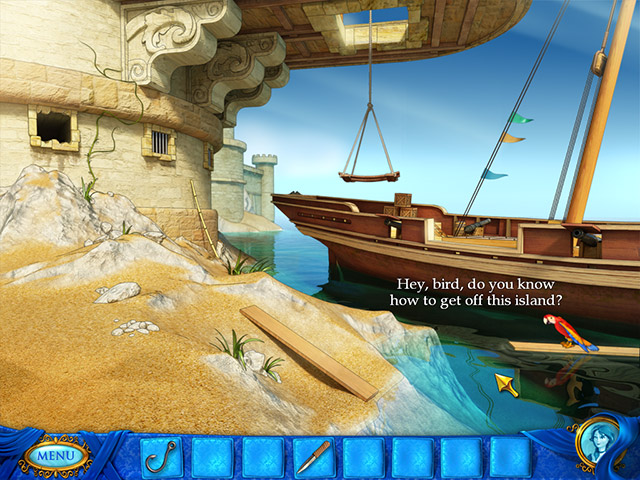 Royal Trouble stars the beautiful Princess Loreen, and the dashing Prince Nathaniel Hoover.  I mean, Prince Nathaniel.  He is very talented, she is very assertive, and even though they argue a lot, it’s obvious that the two of them are going to fall in love as the game progresses.  The plot is that the two of them have been thrown into a dungeon for some unknown reason, and they have to work together to escape the dungeon/castle.

Whenever you switch between the two characters, there is a brief cutscene. There are about twenty cutscenes in all.  These cutscenes usually consist of one picture, complete with a cheesy narrator who details the action.  The narrator is either going to amuse you, or annoy you to no end.  I personally found him amusing, after I got used to him. 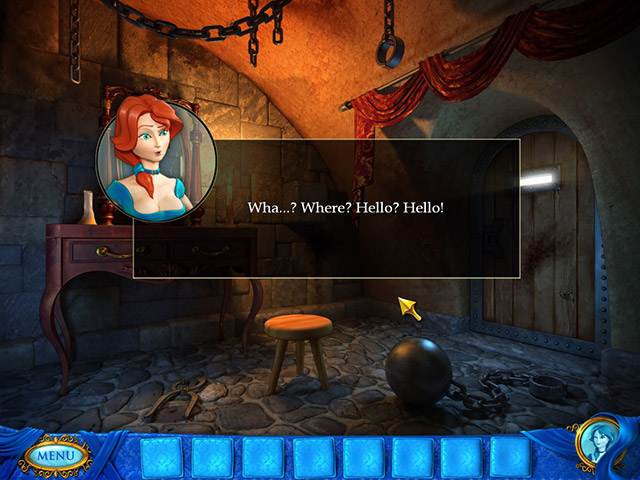 I’m not sure what else to say about this game.  It’s an adventure game with a solid block of puzzles, and an amusing-enough plotline. There are minor complaints I could make, such as the fact that the claymation-based illustrations strike me as kind of odd, or the fact that Princess Loreen shows far too much cleavage, but I’m willing to overlook those flaws and simply accept this as a lighthearted, well-done independent game from Eastern Europe.

Breath of Fire II is every bit as good as the first one, if not better. If you've played the first you'll be familiar with soe of the towns (i.e. Windia) and characters (i.e. Nina) in this one. The ...