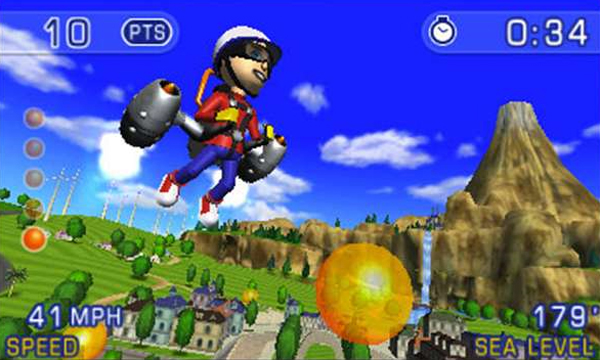 The Nintendo 3DS has been out since March, but only now is the store finally here! What is that sound? …can you hear it, too? I think…that must be the sound of my corpse turning in its own grave. As promised by Nintendo, I awoke on the morning of June 7th to find a SpotPass notification telling me that I could update my Nintendo 3DS to enable the eShop and Internet Browser. In my half-awake state, I noticed another message, which filled me with dread for the events yet to come:

Well, seeing as I only own two Nintendo 3DS games, this renders half of my game library unplayable. Nintendo insists that an update is coming that will fix the issue—but it won’t fix the game’s other glaring issue, the lack of online play.

My Nintendo 3DS rejected installing this new update twice, something that I failed to see as an omen for things to come. On the third-time-lucky, I noticed a brand-new icon on my home screen, the “Nintendo eShop.” Well, as you could imagine, I was dreaming of sitting back and putting my feet up to enjoy some Link’s Awakening. You might have guessed from the tone of that sentence that Nintendo’s perfect Zelda isn’t on there yet.

My disappointment is starting, at this point in time, to manifest itself into the equivalent of a psychological problem.

The store interface is terrible—it is ugly and chunky, taking up the whole touch-screen space with over-sized icons that scar your eyes on their sharp edges. The 3D effect is almost non-apparent on the store, making its existence null and negated. The organization is terrible, without a clear list of what’s available, or a front page that shows you two or three great picks from Nintendo staff. 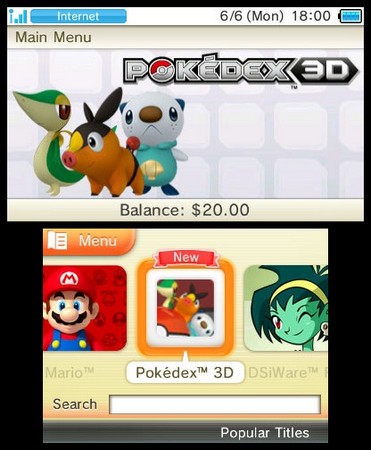 Abandon hope all ye who enter.

A shop is only as good as the products it sells, and the store’s current selection is dire, filled with overpriced DSiWare and Game Boy titles. The three GameBoy titles available are Super Mario Land (which I’ll be posting a review of shortly), Tennis and Alleyway. Thanks for really rolling out the red carpet, guys. At least the prices are in “real money” now and not points, so I actually know how much of my money I’m wasting on this shite.

Freebies Pokédex 3D and 3D Classics: Excitebike are entertaining for all of five minutes each, but are not anywhere near worth owning a Nintendo 3DS for. What I find remarkable is that a program which contains all 150 Black and White Pokémon, textured and in 3D form, takes up less space in blocks than a retro NES game repackaged with 3D functionality. 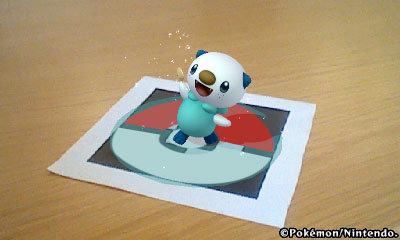 It is never too late to trade in or re-sell your 3DS.

The store also has advertising thrown all over it. Dead or Alive: Dimensions has been doing badly in the UK charts, so it’s no surprise that there is advertising for the game on here. We are also tickled with some screenshots and preamble about Ocarina of Time 3D, and we’re given a stream-able trailer, but it isn’t in 3D. Surely a 3D game should have a 3D trailer on the 3D device it is designed for?

Grabbing the freebies seems easy, but I am hesitant to actually purchase anything—the prices are rip-off central. I refuse to provide Nintendo with my credentials, as I don’t wish to receive a dawn raid from Bowser in a week or so threatening to burn me alive unless I buy something really expensive.

I’ll stick with Dead or Alive: Dimensions in the meantime, a game worth what I paid for and certainly a gazillion times more satisfying than this stupid and disappointing Nintendo eShop. Nintendo should get that update for Ridge Racer 3D out sharpish, because I’m a man scorn, and that’s a dangerous thing to let me become.