Destructoid reports that at Comic-Con, Capcom completely lost all sense of shame, and announced that they’re collaborating with Sanrio to make Street Fighter-themed Hello Kitty merchandise—i.e., Hello Kitty figurines dressed up as your favorite characters from Street Fighter. I’m glad to see they’re putting all that money they saved by not making Mega Man Legends 3 to good use! Here’s a quote from the official press release that I swear I’m not making up:

“Capcom has long admired Sanrio and their ability to create memorable and cherished lifestyle brands so it is a distinct pleasure to partner with them for this new cross-over line of merchandise,” … “The combination of Street Fighter and Hello Kitty will offer fans a whole new way to experience our characters.” 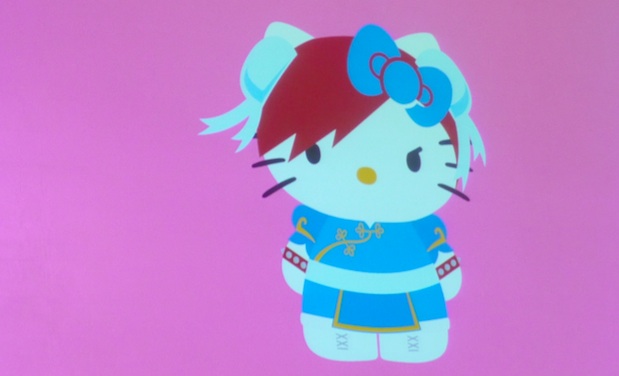 Yep, this is a thing that’s happening! …And that’s pretty much the entire story. Though, Destructoid’s headline leads one to believe that they’re also working on a Street Fighter vs. Hello Kitty fighting game, which is of course the OTHER way to get me interested in fighting games. I think I know someone else who would be interested, too!

Take everything I said about the last two games and subtract about two hours of gameplay. .... .... .... .... What, that's not good enough? Jeez. You people. I can never please you people. If it's not