She might not be an art student, but the general idea is similar, you must admit. Begin at your dorm, go to college to finish a deadline, utopian society. Oh, and unnecessary swearing. Maybe I’m looking into this too much. 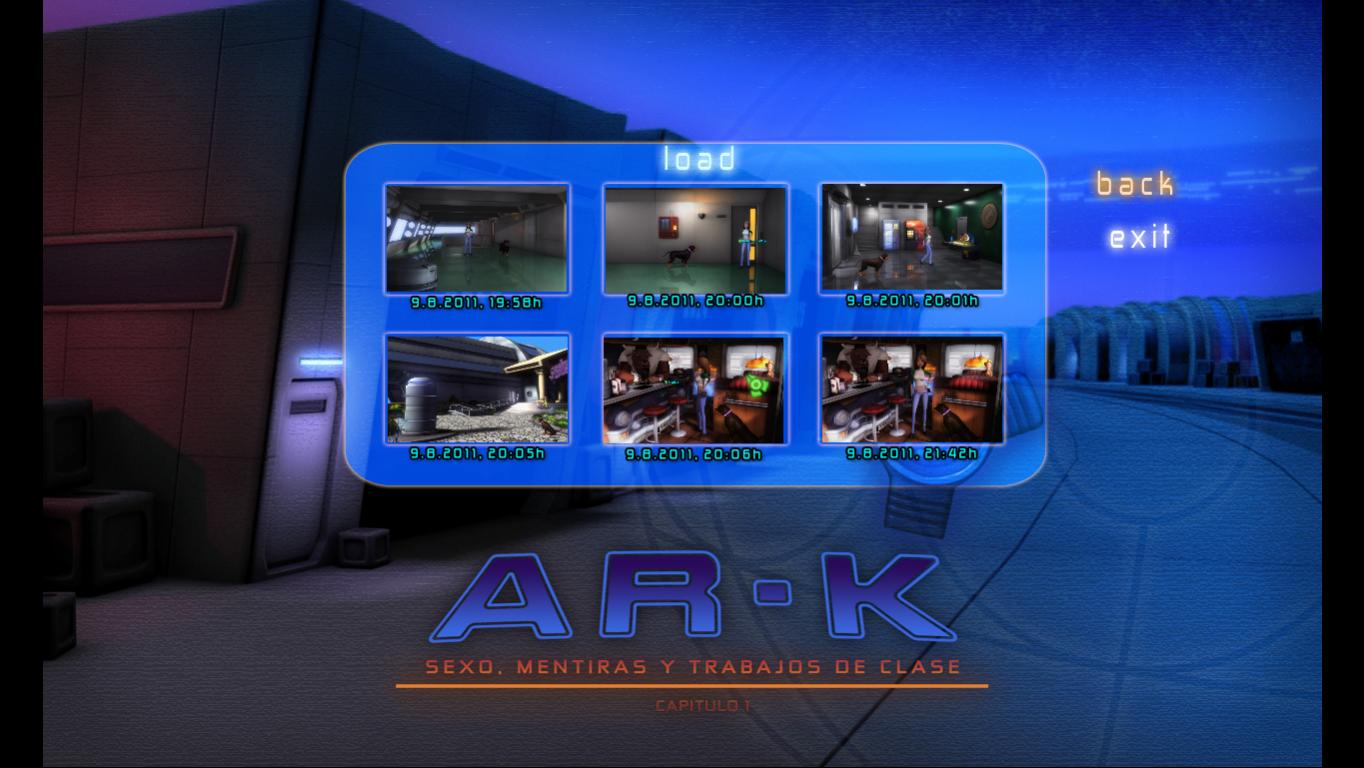 Regular crashes—you may see this screen a lot.

AR-K Episode 1 begins with a flashback to the previous evening. Alicia shows us that she has trouble keeping her knickers on as she pulls a guy at the bar. The next morning, she wakes up with a killer hangover and discovers that she’s too late to receive her next college assignment. Rather than rush to class, she takes a shower, and slowly walks over there. We are then introduced to who I can only assume is the main antagonist of the game, Professor Reitherman. Everyone despises him, and I can see why. He gives off nothing but “I’m the resident arsehole” vibes.

It’s a weird little story, which is something I’d normally go for, but the game has a few major issues keeping it from being impressive.

One such problem doesn’t have to do with the game precisely, though. It has to do with reviewing a game like this before it’s become widely available—I’m unable to refer to guides or walthroughs, because none are available yet. We have been spoiled by the Internet, which has turned us into mindless boobies. To complete a game like this you must therefore take the head-scratchingly painful “write a list of everything you can do” approach and draw mad lines between concepts until something jumps out at you.

Allow me to take you through my logic: There is a drink concoction that you need to create in order to revive a droopy emo-haircut flatmate from a hangover. The ingredients include something that will heat him up inside, something that will cleanse him, and a few other things.

Tabasco, that will heat him up. The easiest puzzle you will complete in the whole game. But what about the others?

I find a can of “Super Skunk”, which claims to be corrosive, and a policeman told me that I can use it to clear drains. So I figured, this must be what we’re after. Apparently, no. No it isn’t. After randomly discovering that I can throw a brick at a coffee machine, I then discover that I can mix the cans of Skunk together in the plastic cups I salvaged from the “Hot Joe” dispenser. After mixing all possible varieties, I am still none the wiser what I need to use it for. This game goes to its absolute worst to make sure that I do not get any pissing hints.

I’m looking for more and more possible interactions, in the hopes that I can somehow find the one invisible pointless clue I need in order to progress. There are two people who always stand outside the university and do nothing. They appear to be nothing more than fucking scenery, because there is no possible interaction with them. There’s also a walrus (named Mr. Wallruce, clever) who likes coffee. I figured I needed to go to the café to get him some coffee, but that’s not right either. The extraneous information he gave me while I was talking to him, which I thought might be a clue, just plain wasn’t. I have tried everything I can possibly think of. I’ve even dressed up in a sleazy outfit and tried to chat up the policeman, but the game just appears to be stuck in purgatory.

It would help if the How to Play screen was in English, but it isn’t. The poor translation job is connected to the untranslated text materials, such as the subject menu. Because all the subjects are hand-written in Spanish, you have to memorize what each note actually means by asking questions and figuring it out.

I eventually ended up restarting the game from scratch, ready to re-do every step thoroughly in order to work out what I might have done wrong. Or at least, I tried to. The menu hung up on the How to Play screen, and I couldn’t click New Game. You guessed it: our old friend Task Manager needed to close a process or two. 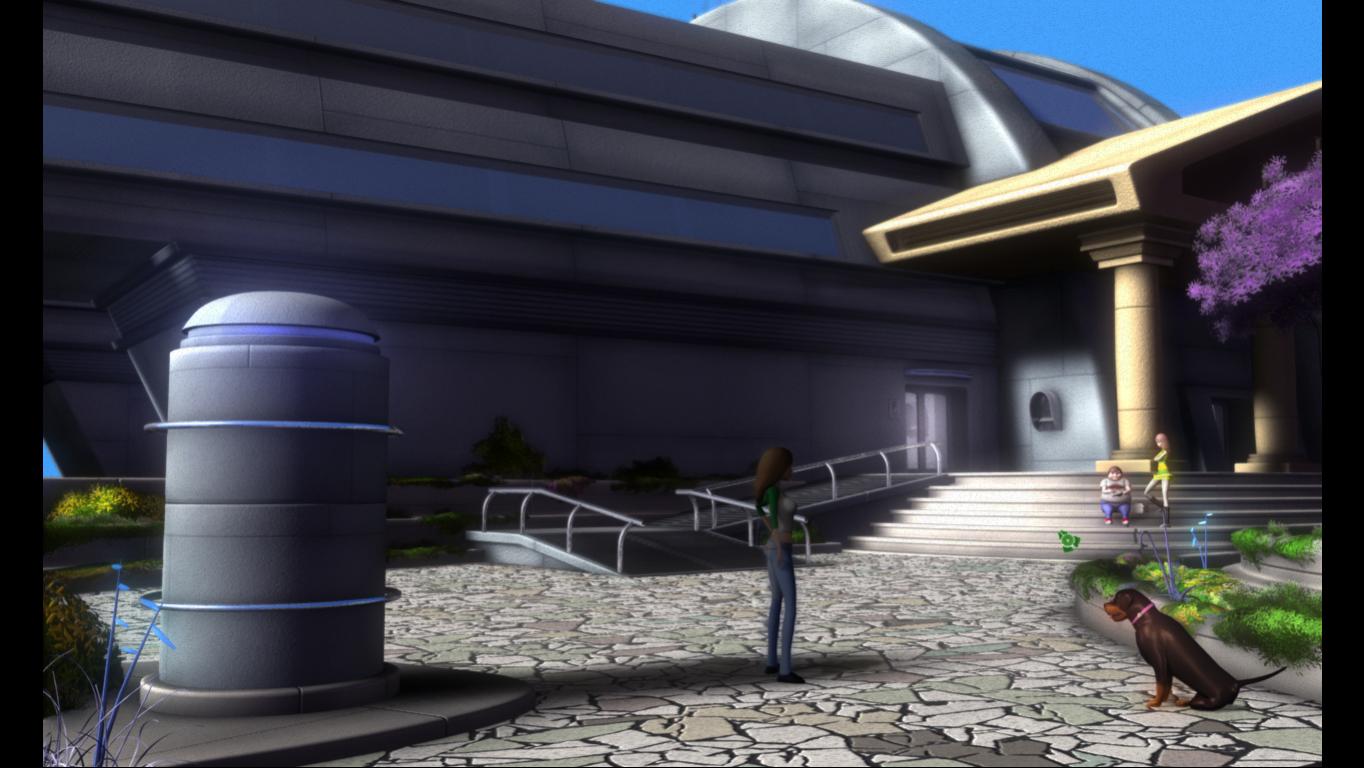 Looks pretty, but is that all?

In Defense of the Genre

Let’s be clear here: if you claim that your game is in a particular language, then that means all of it has to be translated. It’s too bad that the translation job and writing are two pickles short of Pickadilly. It casts a shadow over what I consider to be great voice acting, especially when considering the nature of voice acting in most indie games.

Apart from the things I’m complaining about? The game itself, when it isn’t crashing for no apparent reason, is a pretty game. It reminds me of Zork Grand Inquisitor. It shouldn’t, because Grand Inquisitor takes place in a first-person perspective and has human actors, whereas this game is in “second person” (with previously rendered camera angles) and contains fully 3D characters (rasterized into image frames). Think Monkey Island mixed with Killer Instinct, and you’re off the beaten path completely, but it’s closer than the previous comparison.

The game allows you to save anywhere, a pleasantry we normally overlook when reviewing games of this type. I can appreciate this feature more in a game with this many apparent flaws. One area I see no flaw in, though, is the presentation of the environments and the characters, which are all rendered in high resolution and are very nicely stylized.

The occasional well-executed fourth-wall joke is also appreciated, as are the excellent character voices which take the humor up an extra notch. My favorite example of this is when our main character asks Franky the bartender about the jukebox, and he explains that there is only one song on it, and it loops over and over. The joke is then made funnier as he adds, “I thought you’d notice.” 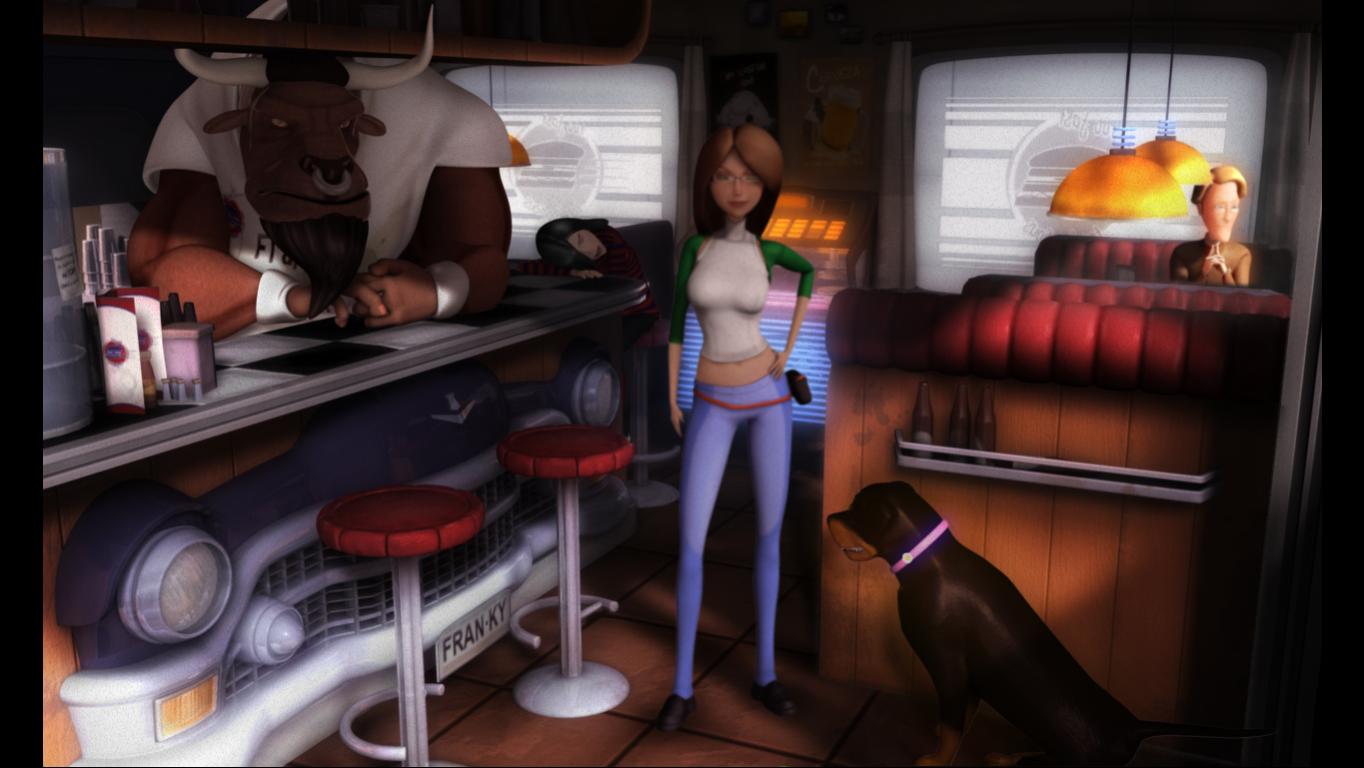 Unfortunately, there are many reasons why I dislike the game. It’s confusing, for starters! The controls remind me of The Longest Journey, which I managed to play all of forty-five minutes of before sending it to the Recycle Bin of No Return. At least The Longest Journey had a Run function on the right-click! AR-K takes us back to The Secret of Monkey Island, with your character veeeeerrrry sloooowwwllly walking toward the object you’ve clicked.

Other issues are all due to the fact that these things have been done better. The sound files sometimes clip or hiss when they are loaded. This is especially apparent when talking to the policeman outside your dormitory.

The item-gathering puzzle, which is one of the things that has caused me to stop playing, makes apparent Sex, Lies and Homework‘s most obvious flaw: There is no hint system. The only reason I even beat Tales of Monkey Island Episode 1 & 2 was because the game had a good enough hint system. Same goes for progressing even anywhere near as far as I did in The Secret of Monkey Island: Special Edition.

I’m not marking the game down because I’m a dunce; rest assured the fact I got stuck isn’t reflected in the score. It’s better to have a brain-taxer than something you wade through once and you’re done. Because this game takes a long time, you’ll need to take more than one sitting to complete it. It takes upwards of fifteen seconds to load your saved data, which wouldn’t be so bad if it weren’t for the game looking like it’s frozen completely whenever it’s loading.

All in all, AR-K: Sex, Lies & Homework has many a problem, but I think the game’s charming. The character names, environments, graphics and humor are all spot-on amazing. Therefore, I hope most of these problems are sorted soon. The brunt of this game’s problems can be ignored through diligence and regular saving, something that won’t change even if/when the bugs are ironed out. Future episodes should consider utilizing a hint system. 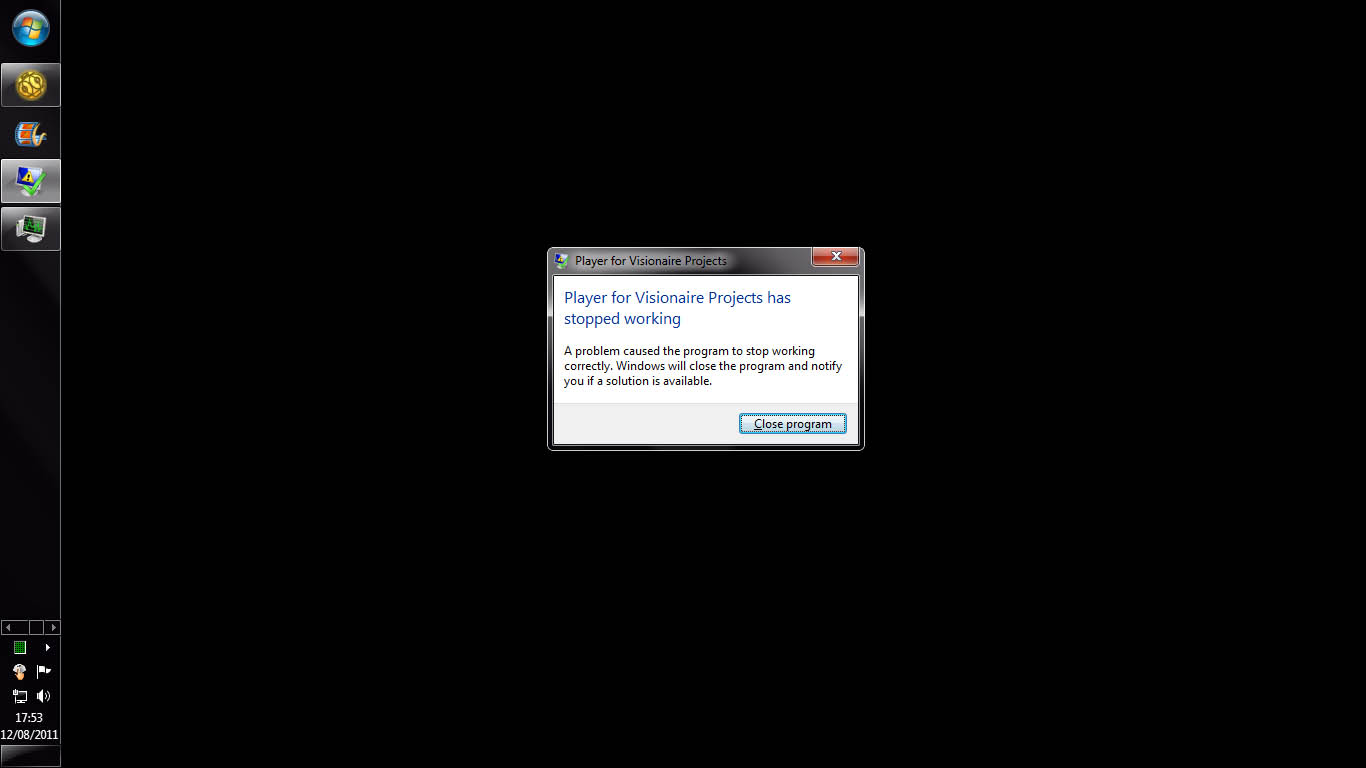