Earlier today GameSpot received a news blast about Quantum Conundrum, a first-person puzzle platformer by Kim Swift—whom you might know as the former lead developer of the greatest videogame of all time. There are two things that excite me about this game:

1. Your character has a device that transports you to a place called “the Fluffy Dimension.” I have absolutely no idea what this means, but it sounds like the kind of magical wonderland I’d like to move to and grow old in.

2. It kinda looks like Portal—which isn’t at all surprising. Take a look at the announcement trailer. 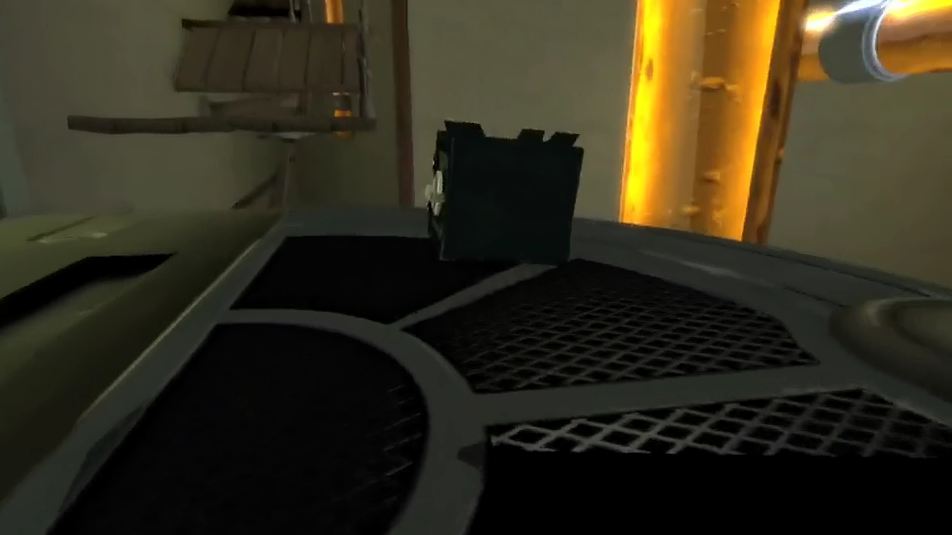 I mean, it looks exactly like Portal. If they wanted to differentiate themselves at all, perhaps they shouldn’t have created a trailer that focuses entirely on moving cubes around.

Quantum Conundrum is set for release on XBLA, PSN, and Steam early next year (do people even still make disc-based games anymore?); for more deets, check out GameSpot’s coverage. Unfortunately, there are no more deets about the Fluffy Dimension. I’m so deetsapointed.

The good professor comes to GameCola.