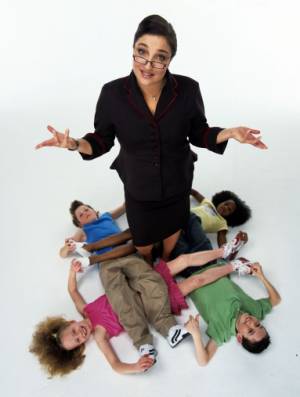 Oh boy. The “Super Nanny,” star of a show where she teaches clueless parents who thought parenting was going to be child’s play how to do their job, has weighed in on the Lodon riots. Isn’t that just super? She just recently said that she blames the riots in London on videogames. Yes, videogames. Of course. Quote:

“These horrific games where points are given for burning, shooting and killing, where the graphics are so realistic you believe that they’re real scenes of carnage, where those who play fantasies they have the power of life and death, are so brutal they completely desensitize anyone taking part.”

So, because games are so realistic, people will think that violence is OK, and they should go off and burn some buildings? That must be what these riots are on? That’d be like me thinking “Oh hey, in cartoons, people hit themselves over the head with hammers. That must be fun to do! I should do it!” It’s the traditional “games are to blame” argument, in a way. But, in reality, these riots aren’t due to people thinking “violence iz cool becuz it look scoolz in teh gamez.” They’re due to people having problems with the government…or possibly because the ice-cream store is out of their favorite flavor. It’s unclear.

Remember Saturday? Saturday was a great day. You didn't have to work, you hadn't yet lost that hour of sleep due to Daylight Savings, and PAX East was happening, so there was still the hope—no matt