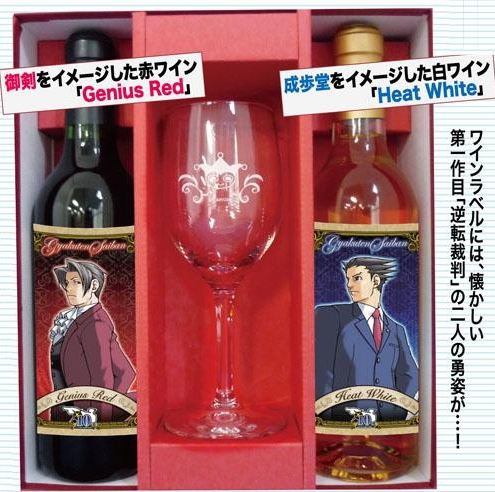 What better way to re-enact your favorite part of Apollo Justice than by drinking the actual beverage that caused the utter downfall of Phoenix Wright as a character—now with a giant picture of Phoenix himself on it!

They come in “Genius Red” (for Edgeworth, naturally) and “Heat White” for Phoenix, and they’re to celebrate the 10th anniversary of the series. It looks like you can buy the set for 4,725 yen (or about 60 ‘Murican dollars), and they appear to come bundled with a wine glass embossed with the image of the Blue Badger—nice touch.