For those of you who enjoy living in the real world, you’re probably unaware that Mystic Messenger just had its first anniversary. I can’t believe Seven and I have been together for a whole year. It’s been great.

But what did Cheritz do to celebrate the anniversary of arguably their most popular dating sim? A new route for V, Rika’s old boyfriend! Yes, we all got dragged kicking and screaming back into MyMess hell, waking up at all hours of the night to chat with cute boys and trying not to cry in the middle of class when things get a bit intense. I, of course, played the V route and got the good ending, but I want to share my absolute favorite screenshots with you all because it was a ride. Of course, there will be little to no context. You don’t need any, right? Obviously, there will be spoilers ahead for both the special route and the main game, so don’t read if you want to play it. I’ll try to keep it to a minimum though. (For clarification, my name is now Jieun because my friend and I have gotten way too deep into our alternate universe. Just…don’t ask.) 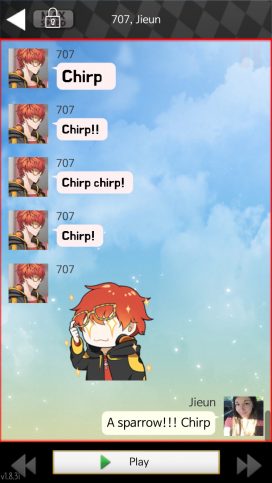 One of the first chats with the bae. It’s always an adventure. 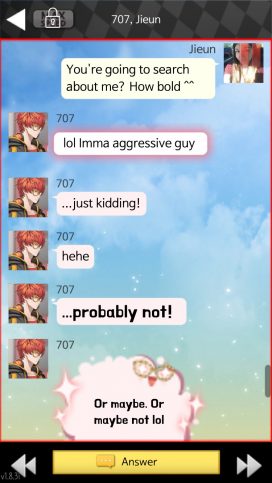 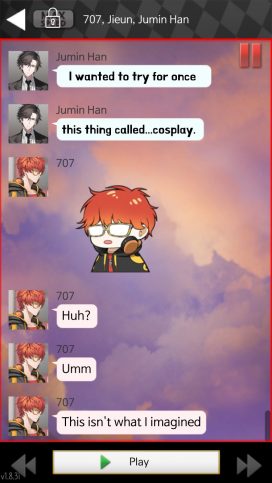 Definitely not where I expected that conversation to go. But it’s spawned a fair amount of fan art. 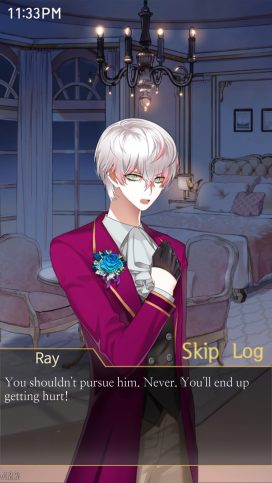 Unknown was also a huge character in this route. You got to see a new side of him in more ways than one—the premise of this particular story was that the chatrooms were a “game” that he developed and the R.F.A. members were all AIs (see below). He’s trying to win your affection in the meantime. Honestly, I felt way more protective of Ray than attracted to V on this route, and a lot of people felt the same way. There’s no route for him, though…yet. 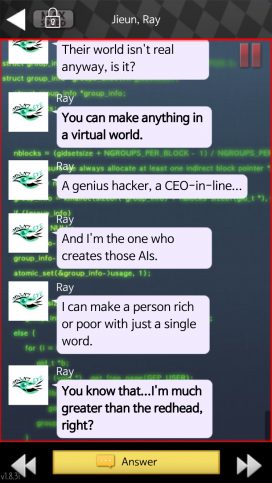 He also spent a lot of time trying to dissuade me from pursuing Seven, which is a lost cause. 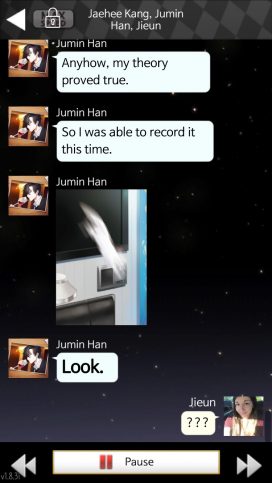 Jumin has not lost any amount of obsession for his cat. And yes, that is his cat. 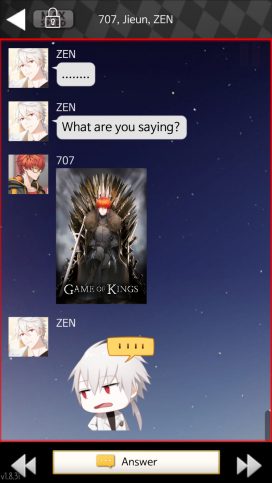 We also had some very topical references, like Game of Thrones… 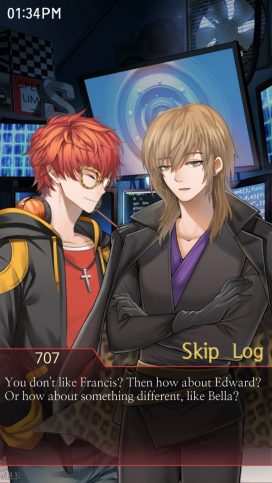 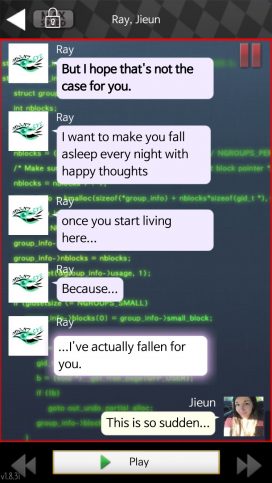 Ray absolutely emotionally shatters you every day by saying things like this. I just want a happy ending for him. 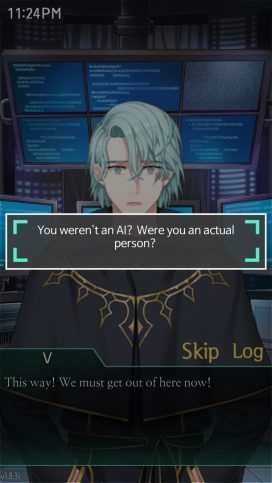 That super relatable moment when you realize those “AIs” you’ve been talking to are actually real people. So…when does this bit happen to me? 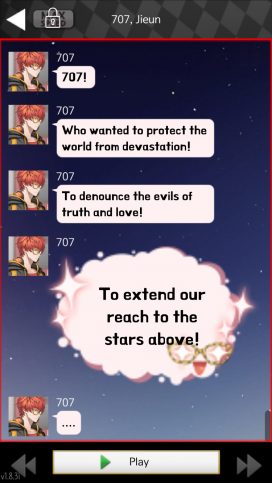 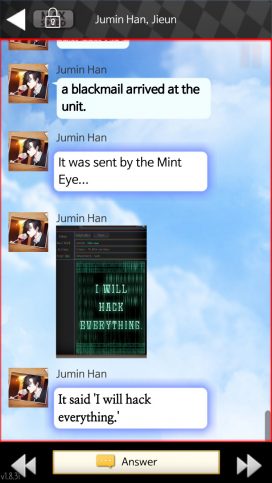 Jumin, I know this is super shocking for you, but…I can actually read. 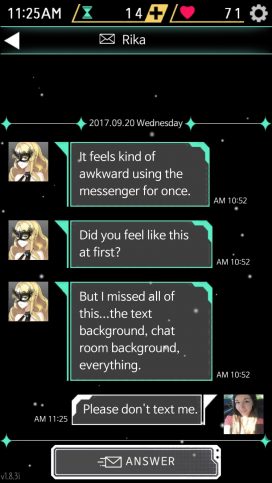 “New phone, who dis?” wasn’t an option, unfortunately. It was absolutely insane to talk with her and have calls with her. There’s even a bad ending where you can end up with her! She’s cray. 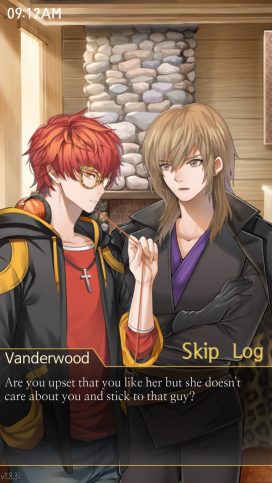 I was okay. I was okay with pursuing V until this moment. Then my heart broke. I had to go do Seven’s route again after I finished.

I think I’ve given you a pretty good representation of the route, or at least my favorite parts. The V route was absolutely insane and heartbreaking, but I can say I definitely prefer the main story. I feel that it flowed better, and knowing what I know about the characters because of my love of Seven, I just couldn’t feel the love for V or Rika that I think others did. But I’d still recommend it…it’ll be 11 days you’ll never forget. Just don’t do it before you travel. 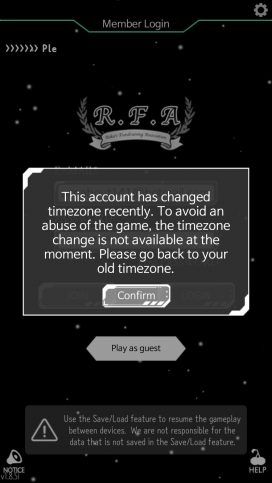 I CAN’T JUST GO BACK. THAT ISN’T HOW THE REAL WORLD WORKS, MYMESS.

Why does GameFAQs ask its writers to add disclaimers to their guides?