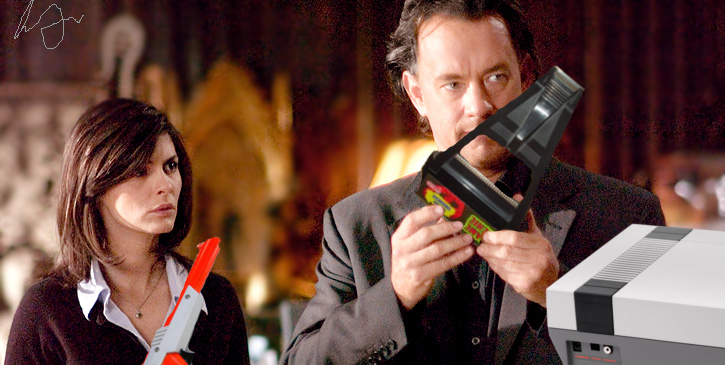 That is so fake! The NES isn’t even plugged in!

Reviewing the game The Fantastic Adventures of Dizzy made me think of something.

I have to assume everyone reading this has at least a basic knowledge of the way the Game Genie works. You insert a game into the Genie, then insert them both together into the NES. Instead of the game starting as normal, you’re first given the option to enter up to three codes (or, wishes?), taken from the Genie’s manual. Then you start the game, with the cheat codes applied.

Perhaps for many hardcore gamers, the use of the Game Genie is taboo. There are two schools of thought regarding the issue. Some people think it’s a great invention that helps a game to achieve its full potential. The purists, on the other hand, maintain that it exploits the game and destroys the true intent of the developers. They think it ruins the game.

I loved my Game Genie. But I have to admit that using it is pretty much Nintendo rape. There’s no way around it. The door to the NES is forced open against its will and cannot be shut. The elongated cartridge is inserted all the way in though almost double the length of an ordinary game. And the NES is forced to give up all of its secrets and mysteries to a selfish player for his sick pleasure. Even the words “Game Genie” rhyme with “forced unprotected sex.” 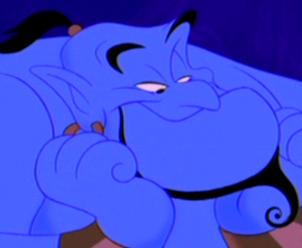 All aboard the goatee ride!

But this is not a review of the Game Genie. I am simply a messenger. When I was writing my review of The Fantastic Adventures of Dizzy, I did a little research into Codemasters, and the difficulty levels of the games they made. While the game I reviewed was fantastic, another Dizzy NES game is much more difficult and poorly made. I am referring to Treasure Island Dizzy.

Unlike Fantastic Dizzy, Treasure Island Dizzy has sub-par graphics, no damage system whatsoever, and only one life. For all intents and purposes, Treasure Dizzy is impossible to beat on its own. One mistake or wrong move sends the player back to the title screen. With all the trial and error needed to beat this game, it’s a disaster. I am not even going to try to review Treasure Dizzy. The game is just fucked. I wanted to know why.

A clue about the correlation between Dizzy and the Game Genie came to me when I remembered the original Game Genie TV spot. Don’t ask me how I remembered.

Aside from being totally rad, did you notice anything else about the commercial? Did you notice the game footage they showed? I saw Big Nose the Caveman (alternate title: Bignose the Blatant Sonic the Hedgehop Rip-off) and none other than Dizzy! Those are both Codemasters games. Sure they mentioned Double Dragon, Mario, and others, but they only showed footage from those particular two games. Why would Codemasters allow their games to be used to advertise a product used solely for cheating?

I needed to confirm my suspicion, so I checked the only place that has all the answers: Wikipedia.

I didn’t have to look very far. The first sentence of the Game Genie Wikipedia page:

So let me get this straight: The company making these impossible games—thus necessitating the use of the Game Genie—is also the one making the Game Genie itself. That is some Scanner Darkly shit. For me, that is a step away from selling a game with a key component missing, like the ability to jump, then later releasing the “jump” button as a separate purchase. Now this whole thing is starting to sound more familiar and common. DLC anyone?

Now I totally understand the rationale behind challenging games. The difficulty stretches the longevity of gameplay. They were made difficult on purpose to keep the player trying over and over again. Moreover, some were direct ports of arcade games, which are made to be frustratingly difficult with one simple purpose in mind: getting you to insert that next quarter. Without a save system, though, even The Fantastic Adventures of Dizzy needs the extra push of the Game Genie to fully enjoy (i.e., beat) it.

Codemasters even got into some litigation with Nintendo over the Game Genie. The big “N” was totally against the idea of their baby being “raped.” I have no idea why. Nintendo eventually lost the battle. Interestingly, Sega fully condoned the Genie for its consoles, with the contingency that games with save features would not be compatible with it. Go figure.

Further proof that Dizzy and Genie were made for each other: the gold color of both Dizzy games matches the Genie’s perfectly. 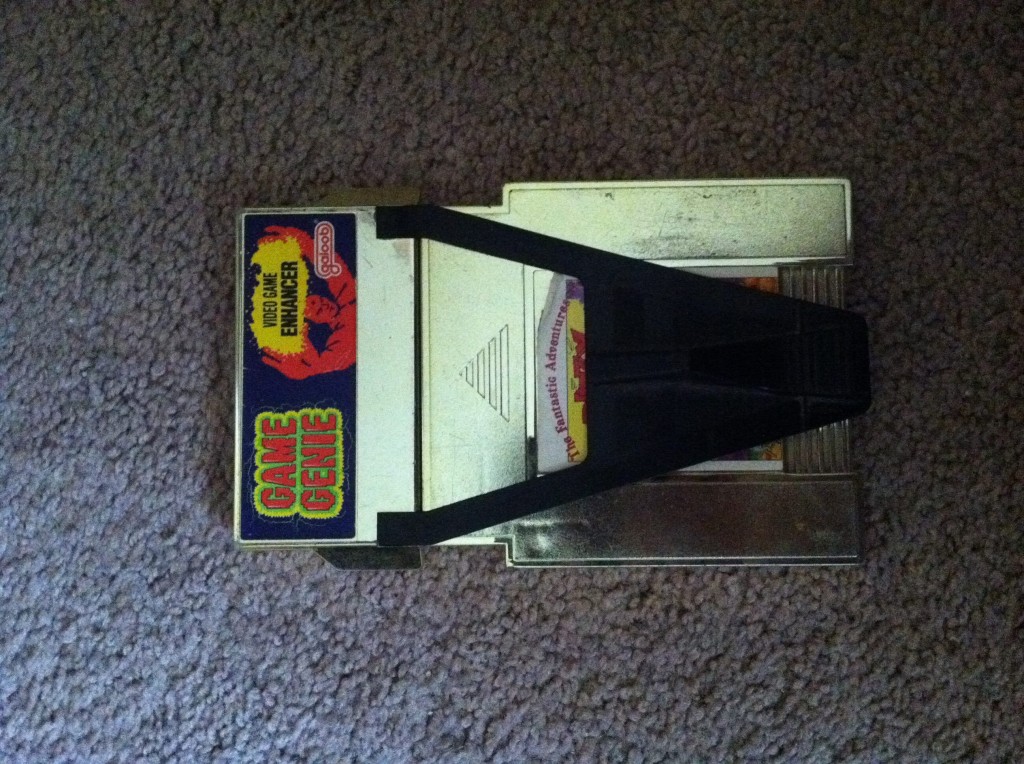 Is that the Game Genie, or the missing half of the Dizzy game? It looks like it was made from the same exact material! It tells me that the makers wanted you to feel like these two belonged together. But hey, at least there isn’t any other proof that the makers of Game Genie also made Dizzy… 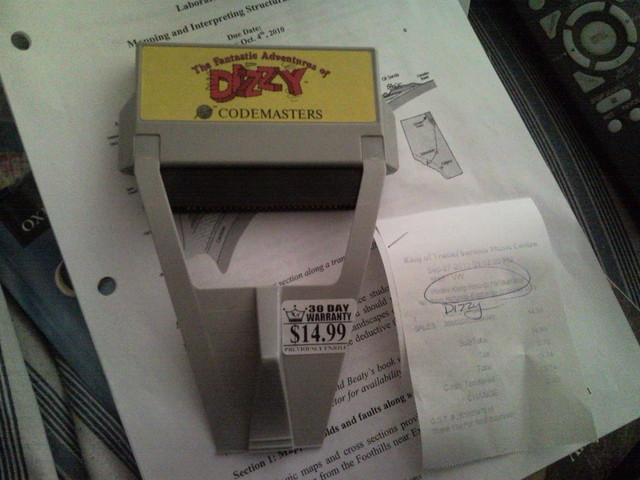 And what the fuck is this? Are they even trying to hide the fact that they made both game and game-cheating device? They started making the Dizzy games by using the same molding as the Game Genie? Really? Shameless.

Finally, certain versions of the Dizzy games were put on “the Aladdin cart.” 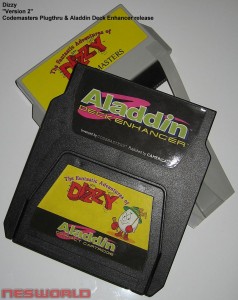 Because this has nothing to do with a Genie. 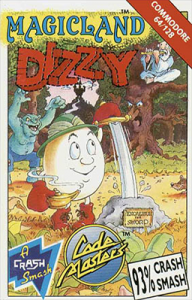 …and neither does this.

So with this evidence, I argue that beating certain games with the Game Genie was the original intent of the developers all along. After all is said and done, whatever Codemasters tried to pull regarding this conspiracy, it pretty much worked. Children were sold on the totally rad Game Genie commercials with totally tubular ’90s kids looking into the camera with a fishbowl lens. (The television exploding helped, too.) They were even able to beat all those impossible games that they never could before. In the end, it is not very different from what developers are doing today. I might even say that it’s a victimless crime.

That's right, YOU! Last weekend at Fake Comic Con, Keiji Inafune hosted a panel about Capcom's upcoming DS game Mega Man Legends 3. He also announced that Capcom is crowdsourcing some of the game's