We all know why I’m reviewing this. The occasional vulgar and/or juvenile game appears on my radar for a particular reason, and I find I have no choice but to express my disgust in front of the whole world. Ironically, I’m still admitting to playing these games.

Clocking in at a single dollar, Ninja Chop!! is inexpensive. The image and concept seemed loosely appealing, and I had leftover points, so I made the commitment. I found myself in control of a ninja lady. I was tasked with chopping down a line of bottles with my bare fists. Bottles of what, you do ask?

Bottles of milk, of course! I wonder what that’s meant to symbolize. Of course, the game has to go one step further and make things more awkward, so I’ll humor you by saying what happens next.

Every time that I successfully chopped a line of bottles cleanly in half, the ninja lady was covered in “milk”. 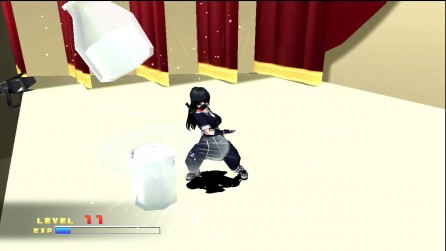 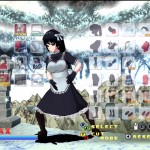 As levels increase, clothing options are unlocked. Options such as a china dress, or a schoolgirl outfit.

Don’t worry, you’re definitely going to Hell for playing this.

Occasionally, bonus challenges appear such as dominoes, multiple-headed dolls and larger bottles. These stages require much higher precision with barely any improvement in terms of experience points earned.

Recently, as in after I played the trial years ago but before I bought the game, Zombie Mode was added. This is the kind of humor that saves Ninja Chop!!. In the Zombie Mode, instead of milk bottles I was required to chop off the top of severed zombie heads. Instead of being soaked in “milk”, the ninja became drenched in blood. In the large bottle challenge, the bottle is also replaced with a zombie head, almost as large as the ninja herself. Whenever I chopped a zombie head in half, a blood curdling scream echoed out. 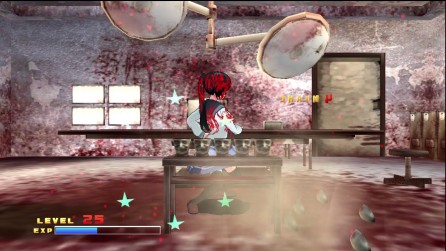 In all fairness, despite the sickening though mildly amusing subject matter, Ninja Chop!! is a good game for blowing a few minutes that could have otherwise been spent productively. In fact, isn’t that the nature of most Xbox Live Indie Games?

The game is short, however. I fully completed it in just over 40 minutes, unlocking every piece of clothing. By the time I’d done that, I was finished with the game anyway. I might return to it in the future for a laugh or two, but my mad desires to see a female ninja soaked in “milk” have been fulfilled and I have no further interest in playing any more.

Worth the dollar and the time. 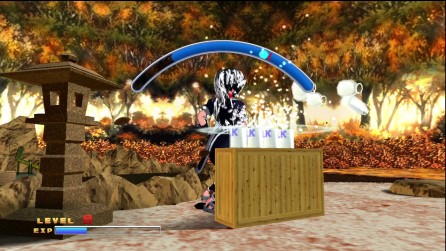 The “milk” is meant to represent semen, by the way.

A stylus shaped like a normal-sized pen. Complete with the soft finger-grip thing they use to teach small children how to hold a pen!