The other day, I scuttled off to my local mega-mart, where they have recently started accepting videogame trade-ins. I decided to

Let me get this out of the way: TITS. HUMONGOUS WOBBLY STONKING GREAT BREASTS. CHESTY WOMEN WEARING BARELY ANYTHING WRITHING AROUND IN THE SUN, ALL COVERED IN SHIMMERING SHINY SWEAT. REVEALING SWIMSUITS SHOWING OFF THE CLEAVAGE OF  THEIR MASSIVE KNOCKERS.

The other day, I scuttled off to my local mega-mart, where they have recently started accepting videogame trade-ins. I decided to trade some games in so I can afford to buy the very thing that is going to kill the gaming industry.

I did trade in games like Sega Mega Drive Ultimate Collection and Tekken 6, but this was really just an excuse to get rid of some of the worst games I own, such as Onechanbara. The charming lady at the electronics till praised me on the great condition of the games and how they weren’t damaged or grubby like most of the trade-ins that they get. I smiled, but that smile was ruined as Dead or Alive Xtreme 2 was having its value assessed. 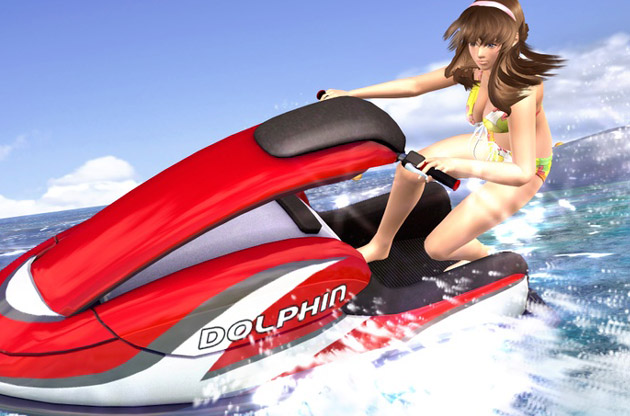 I couldn’t let the game go for a measly single pound sterling. As much as my current game trading was to help clean my office space and to get myself off of being so seriously hooked on videogames, it was also for the money. Of course it was for the money, if I were to have any hope of getting “Kinected” before Christmas. Perhaps I’d have let it go for a measly £3, like I did with Bullet Witch.

It has been exactly four years since the U.S. release of Dead or Alive Xtreme 2. I suppose for a game four years old (which takes more than four years to complete), it’s no wonder that it’s worth nothing these days. The money offered was a pittance of pity for me having owned the game, and having the gall to trade it in.

I suppose the reason Dead or Alive Xtreme 2 is almost unsellable is because it exists solely for the self-lovers (and indeed self-loathers) amongst the Xbox 360 audience. Casual gamers are not interested in boingy-boingy physics (where the breasts act separately from each other and have a mind of their own). Unlocking outfits is one thing, but unlocking pole-dances is another thing altogether. Itagaki said that he did not want to “show the women in a negative light,” but the large number of unlockable outfits (which result in making the DOA cast practically naked) supports an all too different view.

Any person in their right mind would look at the back of DOAX2, and put it straight back on the shelf. I’m obviously not the kind of person with a “right mind.” Why did I purchase this game? Why do you think I purchased this game. 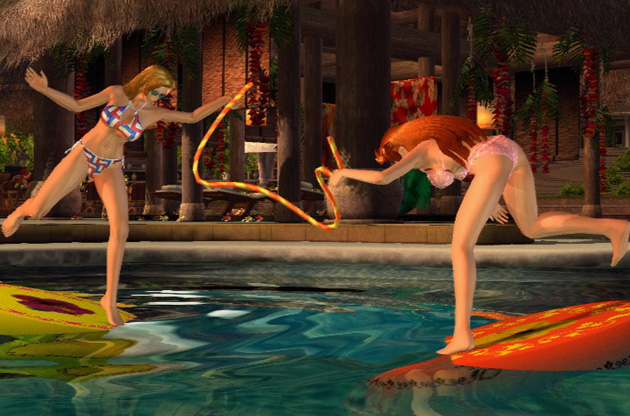 Did I really expect DOAX2 to be a good game? No, of course I bloody didn’t. When have I ever bought a crappy game unknowingly? Fine, besides Dynasty Warriors Gundam 2? Team Ninja’s concept of the perfect woman is flawed. It frustrates me because I’ll never meet Hitomi in real life.

Everything about this package is beyond sinful, faithful readers. Owning this game proves one thing—you are a sad pathetic man who considers himself to be of little-to-no value.

The game, though—what does it really have to offer?

Owning DOAX2 is degrading. The next time I visit my local supermarket, I will trade this in for £1 and use that toward the cost of bog-roll. This is so that when I next wipe my arse, I can be aptly reminded of Dead or Alive Xtreme 2.

A great game with wasted potential, ported to a system with a similar fate, leaving it to be forgotten in the sands of time.