Unfortunately, there isn’t much to talk about currently besides the latest Call of Duty getting a bunch of zeros across the board. One interesting piece of news (and I really, really had to dig for this) is that the character roster for the 3DS-bound Mario Kart 7 has been revealed in full. 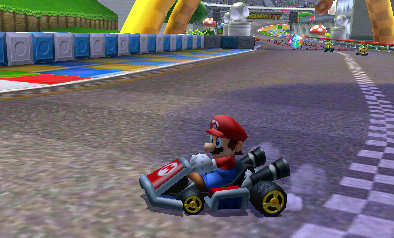 What?! Mario is a playable character?

How is Metal Mario not just Mario? What benefit, if any, would playing as Metal Mario have during a race? Can Metal Mario still get stunned by a fireball item? Somebody didn’t think this through. 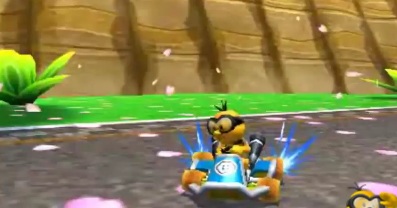 They see me rollin’.

In the Mario Kart games, if you are driving in the wrong direction, Fishin’ Lakitu will come down and tell you so. If Lakitu is racing, does the universe subsequently implode when he drives the wrong way?

Honey Queen has lost a lot of weight, or rather, decreased in size by a factor of forty since her first appearance in Super Mario Galaxy. And do we really need another Princess Peach clone?

I’m still upset because we don’t have Tail Goomba as a playable character. If he were DLC, I would definitely consider him. 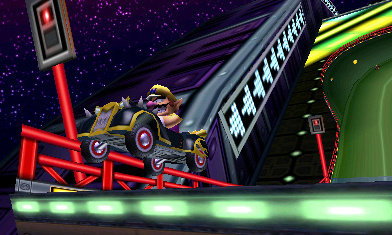 Also, there has been word on the courses in the game. There will be 32 tracks, consisting of a 50/50 split of old and new. 16 tracks are completely new (one will be based off of Wuhu Island from Wii Sports Resort and Pilotwings 3DS), and the other 16 will be returning courses from previous versions of Mario Kart.

Video footage of the characters shows us that courses such as Luigi’s Raceway, Bowser’s Airship, an SNES Bowser’s Castle track, Peach’s Castle, Koopa Troopa Beach and Waluigi Pinball will be returning for Mario Kart 7. Sift through the footage and see if you can recognise any others. I think I sense a few more Double Dash courses in there.

Great news, everyone! Former GameCola staff writer Michael Gray had some free time over the recent Thanksgiving break, and not only was he able to participate in a podcast, but he also promised to wri