RPGS. These are the games that allow you to escape from your office cubicle and enter into an alien world filled with elves, leprechauns, eskimos and other made-up creatures grouped as non-playable characters (NPCs). Draw a sword, fling some magic, or add ketchup to hamburgers; almost anything is possible in an RPG. But just like in real life, you often have to talk to other people in order to learn more about the world and get sweet, sweet loot. 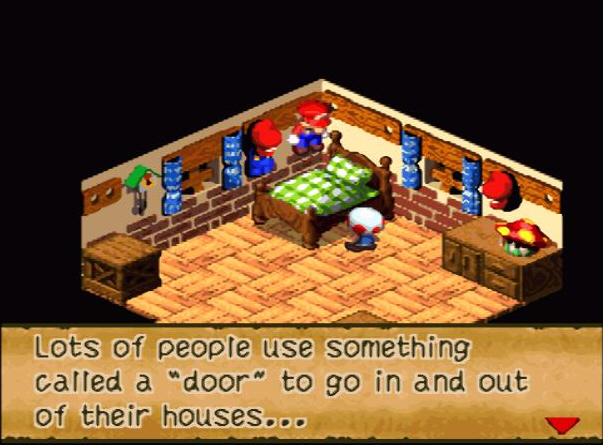 In RPGs, the player often feels compelled to talk to random strangers to get advice, hear rumors, or just see what they have to say. I’ve always wondered: why are these randos so receptive to your main character? What inner force is driving them to spill the beans about anything and everything they can think of? I mean, try walking into a CVS and seeing how strangers react when you try to discuss the cave up north or the best defense against grues. Unless they’re very old (which is, to be fair, generally who’s in a CVS in the afternoon), they’ll probably give you a weird look, call security, or hit you with their (man) purse. In an RPG, chances are everyone will greet you with a nice smile and tell you some silly rumor about flying goats stealing their bread pudding last night. In fact, you can keep asking them about it, and they’ll say the exact same thing over and over again. I guess most game developers’ parents sounded like broken records, too.

And how about those jackasses who give you a Yes/No “option,” but stick you in an infinite loop until you choose the right one? What the crap’s the point? Do you want us to feel noble and just for choosing the “Light Side” option, instead of giving up and going back home? The second option isn’t even real! It’s like when Duke Nukem is here to kick ass and chew bubble gum, but he’s all out of gum. I’m guessing he never had any gum to begin with.

If the Dragon Age demo had this kind of realism, I probably would have bought it.

Also, why do we usually only hear one side of the conversation? Is your character literally a silent protagonist? Do you just have that glassy-eyed look on your face, crying out for assistance? Whatever the spark is, NPCs always have something silly to say. Sometimes they even talk to each other,  in the more advanced games. Unfortunately, the AI isn’t sophisticated enough to hold a legit conversation with you. While it’s pretty entertaining, it does remind you that you’re playing a videogame.

I hope things get better…in Skyrim! 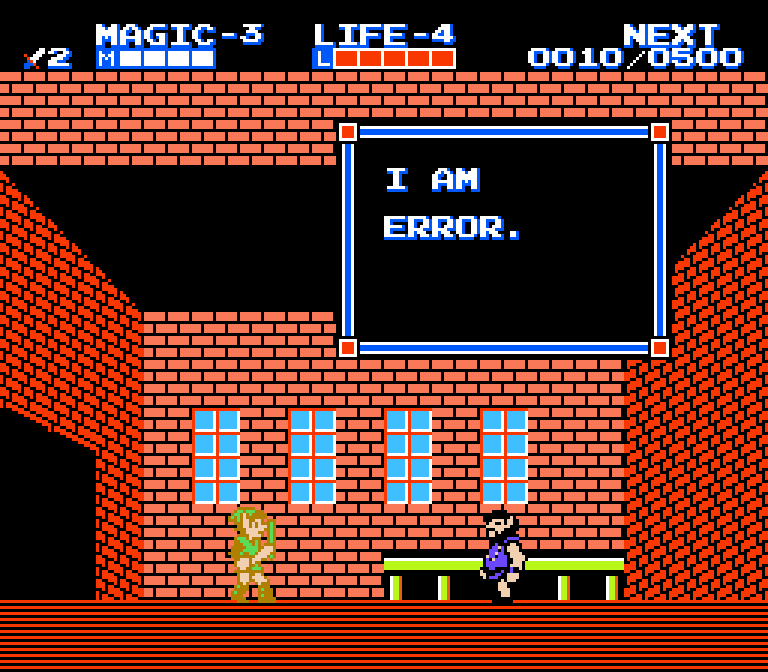 His name is Error, but he is not an error.